Even as the laying of the foundation stone of the first Hindu temple in Abu Dhabi made the headlines during the recent visit of Indian Prime Minister Narendra Modi to the United Arab Emirates (UAE), the management of the Bur Dubai temple has sought permission from the authorities to shift from its current location. The step is being taken to accommodate the burgeoning crowd that swell during the festivals.

“The temple in Bur Dubai was established in 1958 and has been operating in the Meena Bazaar area all these years. In fact, we have also sought land from the authorities, so we can move to a larger, open space,” said Vasu Shroff, Indian businessman and head of the six-member Sindhi Guru Darbar Committee that runs the Bur Dubai temple as quoted by Dubai based newspaper XPRESS. 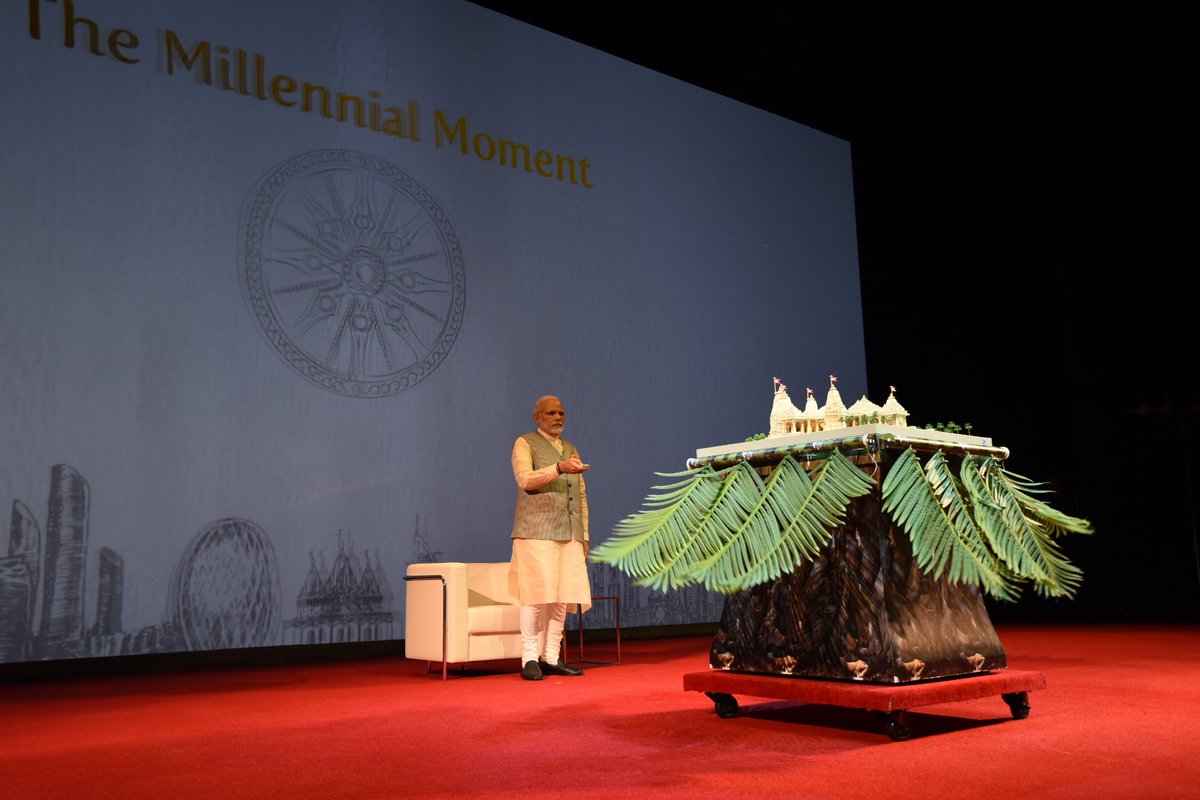 “Around 5,000 people visit the Bur Dubai temple over the weekends and the number goes up to around 100,000 during festivities. The place tends to get very congested and managing the crowds can be a challenge sometimes. So, we are waiting to move to a bigger premise in an open area,” he added.

Vasu Shroff has also welcomed the grand project of setting up of the first temple in Abu Dhabi which will be built by Bochasanwasi Shri Akshar Purushottam Swaminarayan Sansth.

“Like the temples they have built in India, US and UK, this too will be a wonder of the world. The temple will be a big draw as there are over three million Indians in the UAE,” he said.

“The temple would serve as a catalyst to foster global harmony and humanity, even as it would make an emphatic statement for India’s identity,” said Modi.