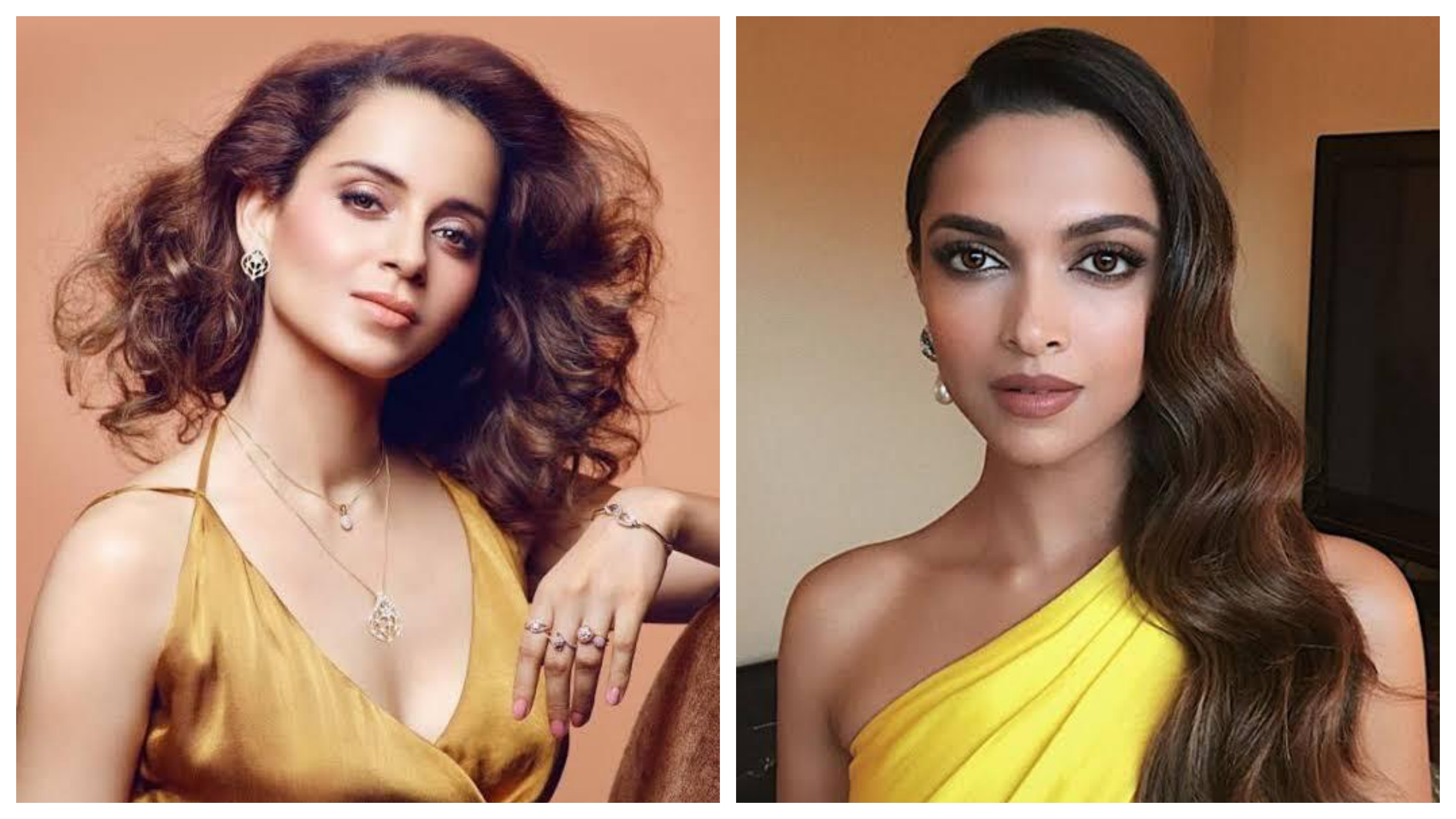 Kangana (left) lost her cool when a journalist asked her take on an influencer shaming Deepika for her ‘hemlines and necklines’ during 'Gehraiyaan' promotions. Photos courtesy: Twitter/@Raverant3

The song has Manoj Kumar singing on the banks of a river and adjoining areas and Mala dancing around in a lehnga. It was sung by legendary singer-composer Mukesh. The film revolved around Manoj Kumar's character Dr Sunil, who fell in love with Mala Sinha's Phoolwa in the village despite being engaged to Shashikala's Dr Neeta, the Hindustan Times reported.

Throwing shade at 'Gehraiyaan', Kangana wrote, “I am also a millennial but I identify and understand this kind of romance ... in the name of millennial/new age/urban movies don't sell trash pls ... bad movies are bad movies no amount of skin show or pornography can _ save it ... it's a basic fact koi gehraiyaan wali baat nahi hai (there is no depth in it).”

Earlier this month, Kangana launched her new reality show, Lock Upp at an event and later interacted with the media. She lost her cool when a journalist asked her take on an influencer shaming Deepika for her ‘hemlines and necklines’ during 'Gehraiyaan' promotions. Kangana turned down her question, saying, “Look, I am here to defend those who can’t defend themselves. Alright? She can defend herself. She has the privilege, the platform and I can’t promote her film here. Sit down.”