Kangana Ranaut is set to earn accolades from critics and fans alike for her portrayal of the late Tamil Nadu Chief Minister Jayalalithaa in the multi-lingual biopic 'Thalaivii'. The four-time National Award winner said that she had a new appreciation for the complexities of politics and politicians' lives after she stepped into the shoes of the AIADMK leader for the silver screen. 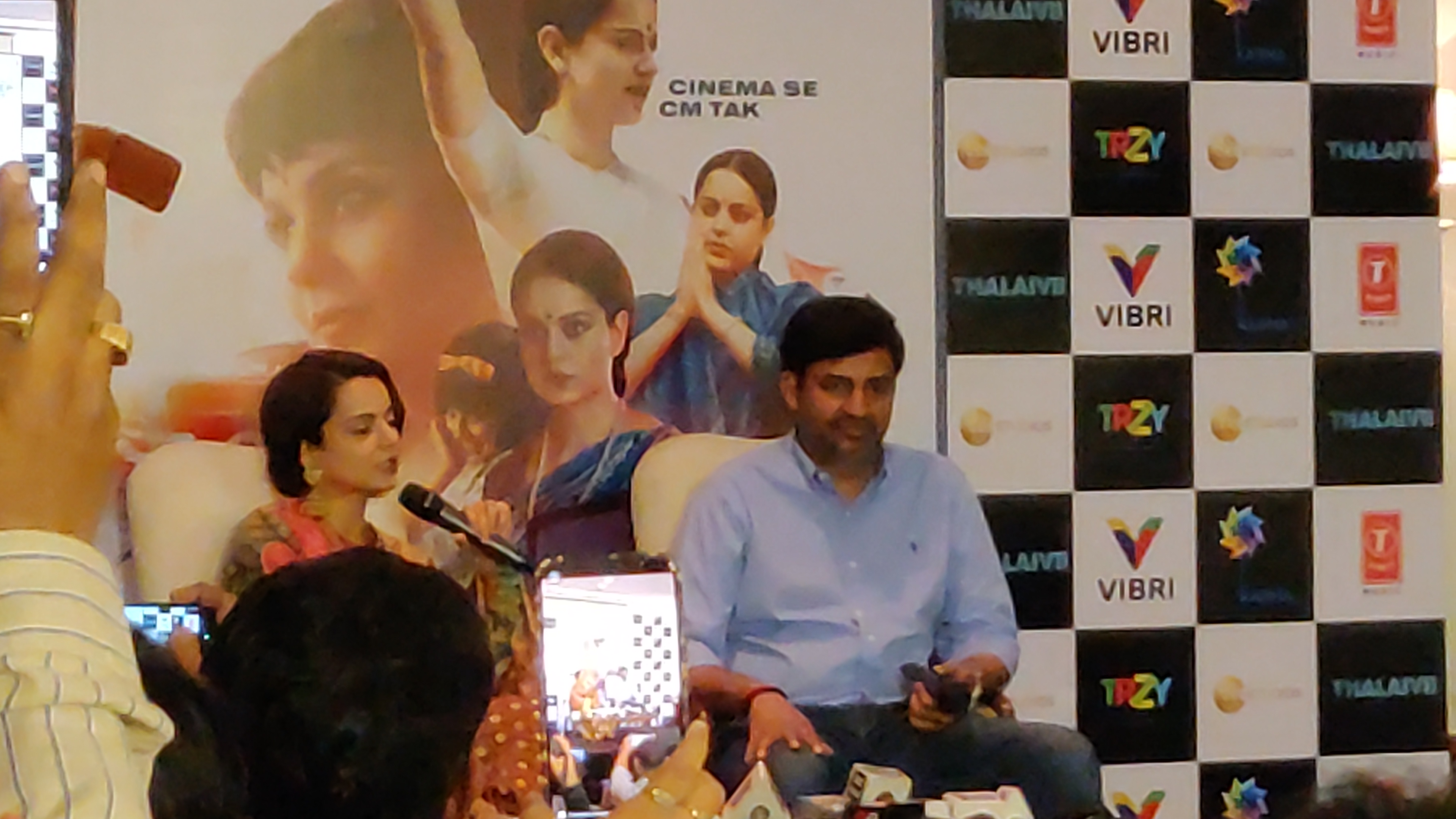 Kangana interacted with the media in a packed venue at The Imperial in New Delhi. Photo: Connected to India

During the press conference for 'Thalaivii' in New Delhi yesterday, Kangana hinted she could even take the plunge into politics.

"I am a nationalist and I speak for the country not because I am a politician but as a responsible citizen. And as far as entering politics is concerned, I might need a lot of support from the public but right now I am happy to be an actress. But if tomorrow people like me and support me, then definitely I would love to," she said.

Accompanied by the producer of the film Vishnu Vardhan Induri on stage, Kangana interacted with the media in a packed venue at The Imperial in New Delhi yesterday.

She said that the movie was more about the life of Jayalaithaa and the filmmakers did not set out to change the mindsets of a male-dominant society but to tell her remarkable story of becoming a successful actor and politician despite the odds.

"In 'Thalaivii' we try to show that someone whom people thought would never be a politician or won't be able to take charge of a dynamic state, not only became the chief minister but won elections a number of times. By showing that her guru in politics MGR's support for Jayalalithaa, we also highlight how men can help women to grow in life," she said.

She also talked about the physical toll she was under, putting on 20-25 kgs of weight for the movie and learning Bharatanatyam which proved to be more of a challenge than she expected.

spoke about the need to discourage Hollywood films and promoting Indian regional film industries instead. Photo: Connected to India

Kangana, who has also played the role of Rani Lakshmibai, said she found it awe-inspiring to play such larger than life roles, and this makes her job as an actor gratifying. She said she was lucky to have gotten a chance to portray another prominent character like Jayalalithaa.

She also spoke about the need to discourage Hollywood films and promoting Indian regional film industries instead.

"We need to discourage American films, English films from taking over our screens. They have already destroyed the French film industry, the Italian film industry and the like. We need to behave like one nation with one purpose. We need to stop dividing each other based on South India-North India. We need to enjoy our films first," she said.

She also addressed the tussle with major multiplex chains like PVR Cinemas, INOX Leisure Ltd and Cinepolis who refused to screen the Hindi version of the film in major cities in north India.

"The film will not release in multiplexes unfortunately and will be available only on the single screens while they have in the past given preference to big hero films by big studios. This kind of groupism and gangism happens but we must support the film," she said.

The film launched worldwide in Hindi, Tamil and Telugu today.