Into the Wild with Thalaiva Rajini

One of the most adventurous experiences of my life !! Hope you all enjoy watching this show as much as I did being on it !!!#IntoTheWildWithBearGrylls @BearGrylls thank you so much my friend @DiscoveryIN 👍🏻🙏🏻

Rajini, fondly addressed as ‘Thalaiva’ (which roughly translates to head or chief) said, “Into The Wild is a truly unique show – at one level it offers adrenaline pumping action, while at another, the show lends itself beautifully to driving a specific purpose for the larger good of society”.

The special episode will also serve as a rallying call to appeal for water conservation in India, a cause that is close to Rajinikanth’s heart. 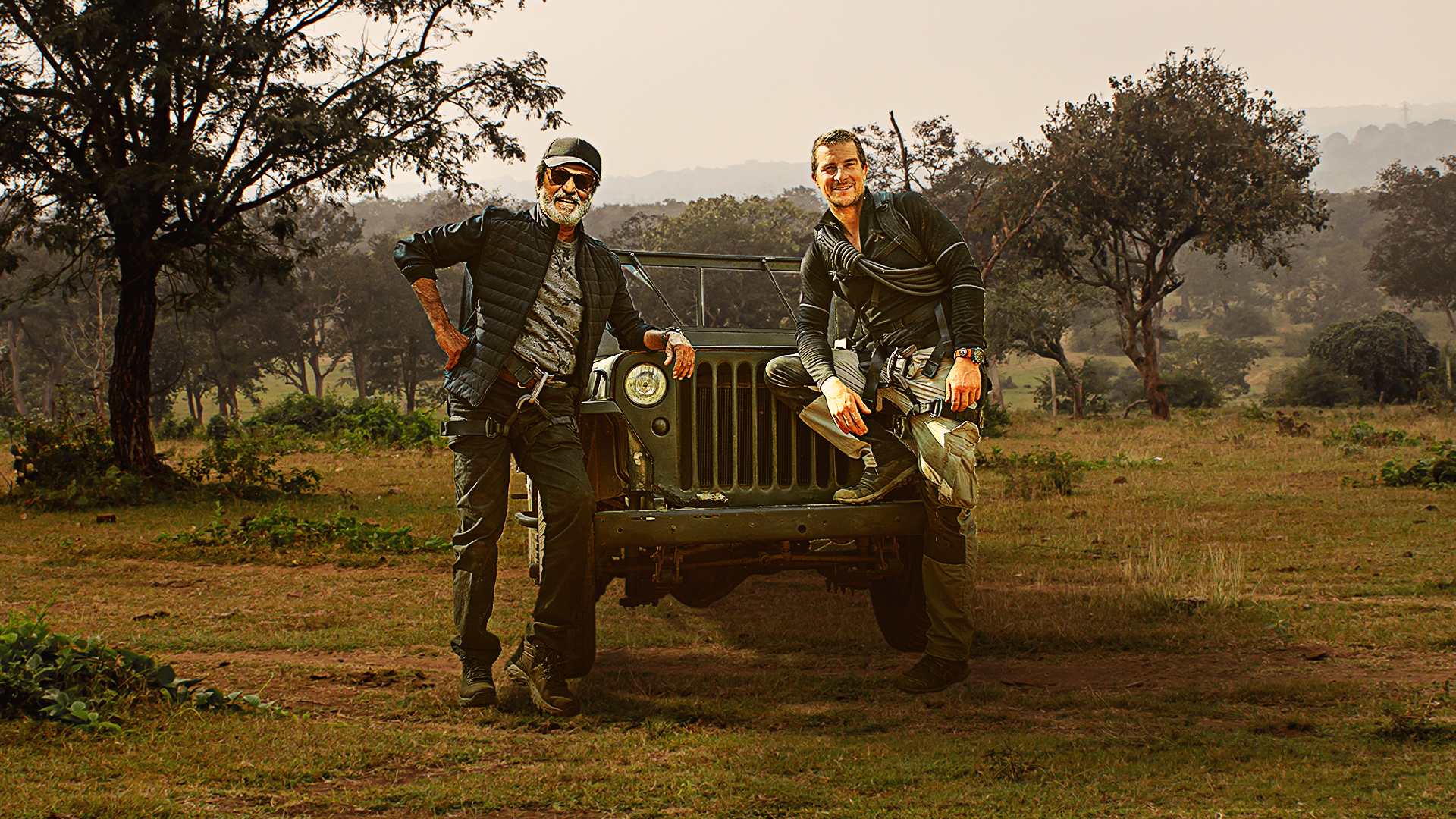 Rajini believes this show on Discovery is a perfect platform to take the message of conserving water to every home across the country. Photo Courtesy: Discovery Channel

“Last year, the show featuring Prime Minister Modi generated much desired attention on conservation of Wildlife; we are confident that the forthcoming episode featuring Rajinikanth will sensitise each one of us about conservation of water,” said Megha Tata, Managing Director - South Asia, Discovery.

“The combination of Rajinikanth in a never seen before avatar and Bear Grylls’ edge of the seat challenges, will make the show a must watch for every Indian,” she added.

The superstar with a four decade long successful showbiz career behind him said, “Every Indian will need to come forward and contribute in conserving water; this war has to be led at all levels including government, community as well as on the individual front.”

He believes this show is the perfect platform to take the message of conserving water to every home across the country.

Rajini has gained cult status, especially in Tamil Nadu, for being simple, and humble, though adored by millions for more than four decades. 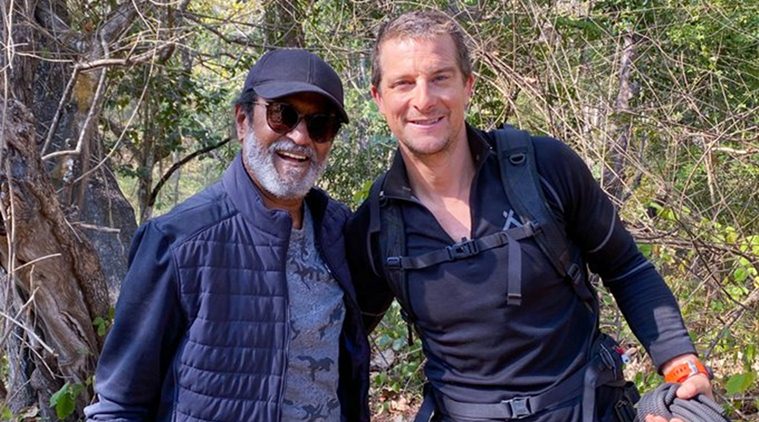 Rajini poses with Bear Grylls during the shooting of the episode. Photo Courtesy: Twitter

“Bear Grylls has tested the survival skills of multiple celebrity guests, pushing them to their limits; I look forward to the survival challenge in the mesmerising wilderness of India,”said Rajini.

“Our team is all very excited to work closely with Thalaiva! Much more than a cine star, Rajinikanth is a phenomenon who has captivated audiences across the world with his on-screen and off-screen work,” said Bear Grylls.

The excitement in India around my adventure @rajinikanth on “Into The Wild with @BearGrylls” has been amazing to see. And for the hundreds of MILLIONS of his fans, the wait is over and the action is about to begin. The show premieres tonight at 8:00 pm @… https://t.co/EWGtNP466d pic.twitter.com/jcTB6mbkWQ

“He has always shown such energy and flair in all he does and he will need that courage and determination again on our journey into the beautiful wilds of India,” the host added.

The wait is almost over!
Experience the wild like never before. Watch Into The Wild with @BearGrylls and Superstar @Rajinikanth, premieres tomorrow at 8 PM. #ThalaivaOnDiscovery

The episode featuring the iconic Kollywood superstar is the first episode of a new format called ‘Into The Wild with Bear Grylls’, produced by The Natural Studios and Banijay Asia.

The episode featuring Rajini will air on Discovery Channel (Singtel Channel 202) on Saturday, 28 March at 9:55 PM.