Indian multinational corporation Infosys once again landed in hot legal waters. This time the allegation is that the IT services company discriminates racially against non-South Asian employees in the United States. A lawsuit against the same was filed by the company’s former head of immigration, Erin Green.

Green, who joined Infosys in October 2011 and managed the compliance requirements for H-1B, L-1 and I-9 visas and other immigration-related requirements, was fired by the company last year. Green alleged that the dismissal was due to racial discrimination and retaliation by the senior management.

Consequently, he filed the lawsuit before a US District Court on June 19 in the Eastern District of Texas (Sherman Division), seeking a trial by jury on the alleged discrimination against non-Asian employees at the company’s offices in the United States. 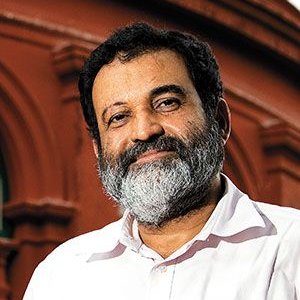 According to a report by PTI, Infosys co-founder Mohandas Pai commented on the lawsuit and stated, “The filing of a lawsuit by Green against Infosys alleging employee discrimination will not have any bearings on the company’s intent to hire 10,000 Americans in next two years.” Further adding, “It will not affect the recruitment because it is very difficult to hire 10,000 people in two years. It’s a tall target, and one-quarter is nearly over. These are statements that one can make to please politicians.”

The lawsuit filed by Green specifically charges two Infosys employees, Head of Global Immigration Vasudeva Nayak and Executive Vice President and Global Head of Talent and Technology, Binod Hampapur for discrimination.  The lawsuit comes at a time when Infosys is planning to hire 10,000 American employees and set up a centre in the state of Indiana.

Meanwhile, a statement by Erin Green’s legal representative, Kilgore and Kilgore, Professional Limited Liability Company (PLLC) said, “Plaintiff was terminated because of defendant’s obsessional preference for employees of South Asian race and national origin, usually Indian, and as retaliation for reporting Nayak and Hampapur’s discriminatory treatment of himself and others on the basis of race and national origin.”