Fourteen times international winner and star Indian golfer Jeev Milkha Singh has been recognised for his achievements and chosen for the prestigious Dubai Golden Visa – becoming the first professional golfer to be bestowed with the honour. 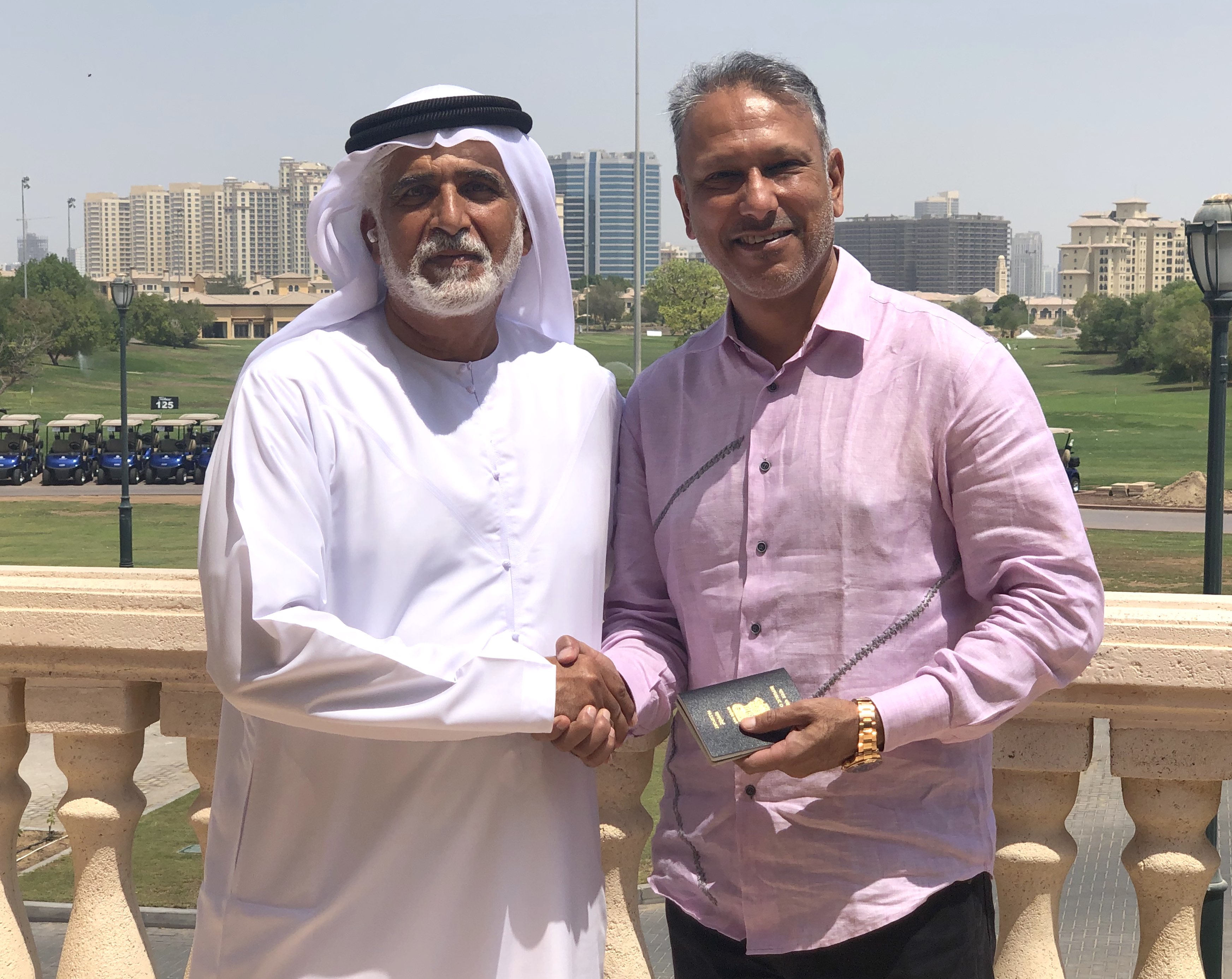 During the 2001 Dubai Desert Classic, Jeev (right) had established a world record at that time when he completed the four rounds with just 94 putts. Photo courtesy: Twitter/Visa @JeevMilkhaSingh

Jeev, 49, has had a long association with Dubai, having featured in several tournaments in the city.

"I am really honoured and humbled that the Dubai government has considered me for the Golden Visa and I am looking forward to making many more special memories here," said Jeev, who has been awarded a Padma Shri, the fourth highest civilian award by the government of India for its citizens.

During the 2001 Dubai Desert Classic, Jeev had established a world record at that time when he completed the four rounds with just 94 putts while finishing tied sixth.

Jeev, winner of four titles on the European Tour, four on Japan Golf Tour and six on the Asian Tour, has received the 10-year 'Gold card' for being an elite professional athlete.

"This is a huge honour. I think I came to Dubai for the first time in 1993, and I have loved every moment of my stay here and greatly admired the energy of this fascinating city," he said.

"I have also got a lot of support from Dubai. I was one of the first ambassadors for Jumeirah Golf Estates, and also of 'Golf in Dubai' for many years," he added.

The Golden Visa was instituted by the UAE government in 2019 as a new system that allowed investors (minimum of AED 10 million) and entrepreneurs, as well as professionals and specialised talents like in the field of science, knowledge, and sports, to apply for it.

Son of the legendary Indian athlete, the late 'Flying Sikh' Milkha Singh, Jeev won two of the biggest tournaments on the European Tour – the 2006 Volvo Masters at Valderrama and the 2012 Scottish Open.

He also won the 2008 Singapore Open and rose to No 28 in the Official World Golf Ranking, a high that few Asian golfers have managed to surpass.