India celebrated its 75th Independence Day today, marking freedom from British colonial rule with celebrations and events around the globe. 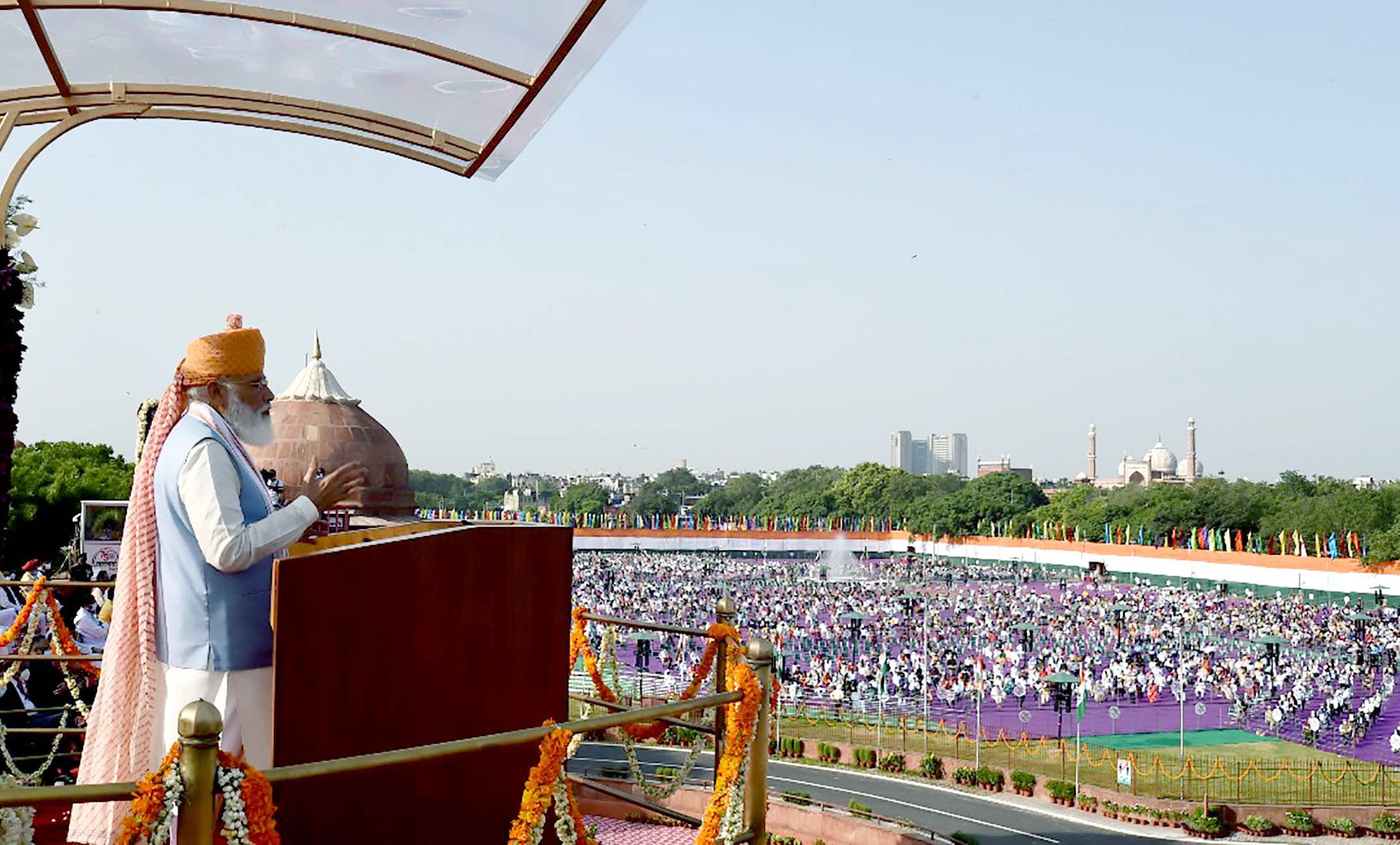 Indian Prime Minister Narendra Modi unfurled the national flag at the Red Fort in New Delhi this morning and addressed the nation followed by a series of events organised by the armed forces and security personnel saluting the tricolour with a guard of honour.

"There is a possibility of a new world order post-Corona. The world has seen and appreciated India's efforts during Corona. Today the world is looking at India from a new perspective," he said in his speech. 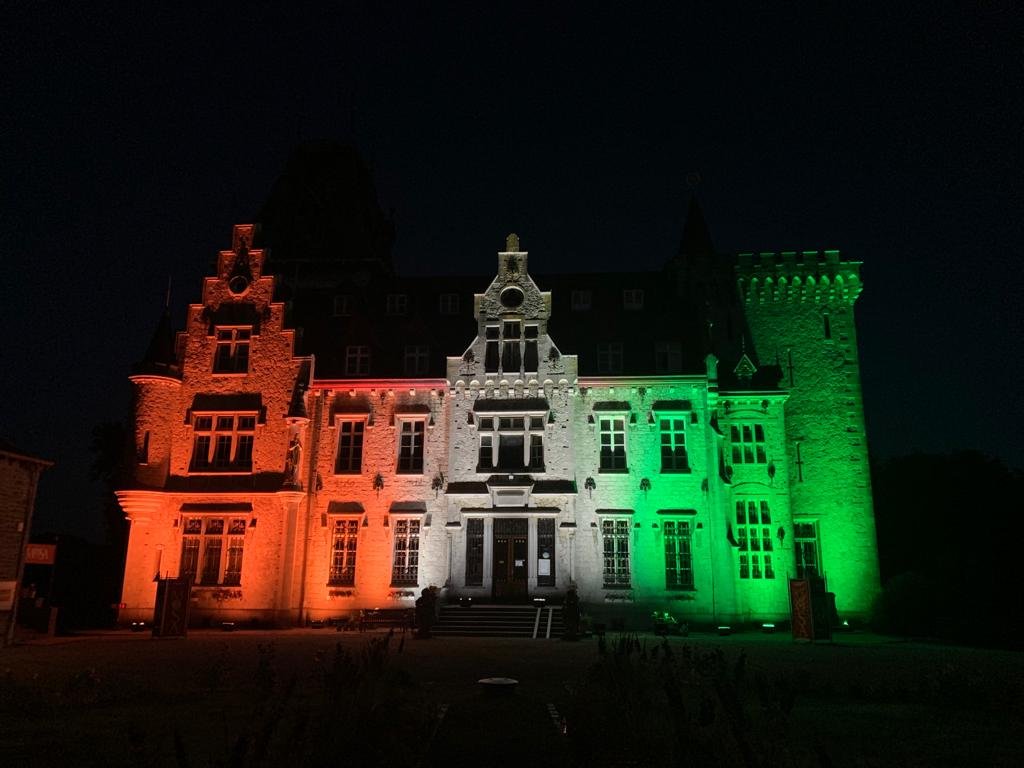 The tricolour flag of India lights up on the iconic Chateau de Petite Somme in the hills of Ardennes in Belgium. Photo courtesy: Twitter/ @PIB_India

The Indian Olympic medallists, including history-making gold medal winner Neeraj Chopra, were present on the occasion. 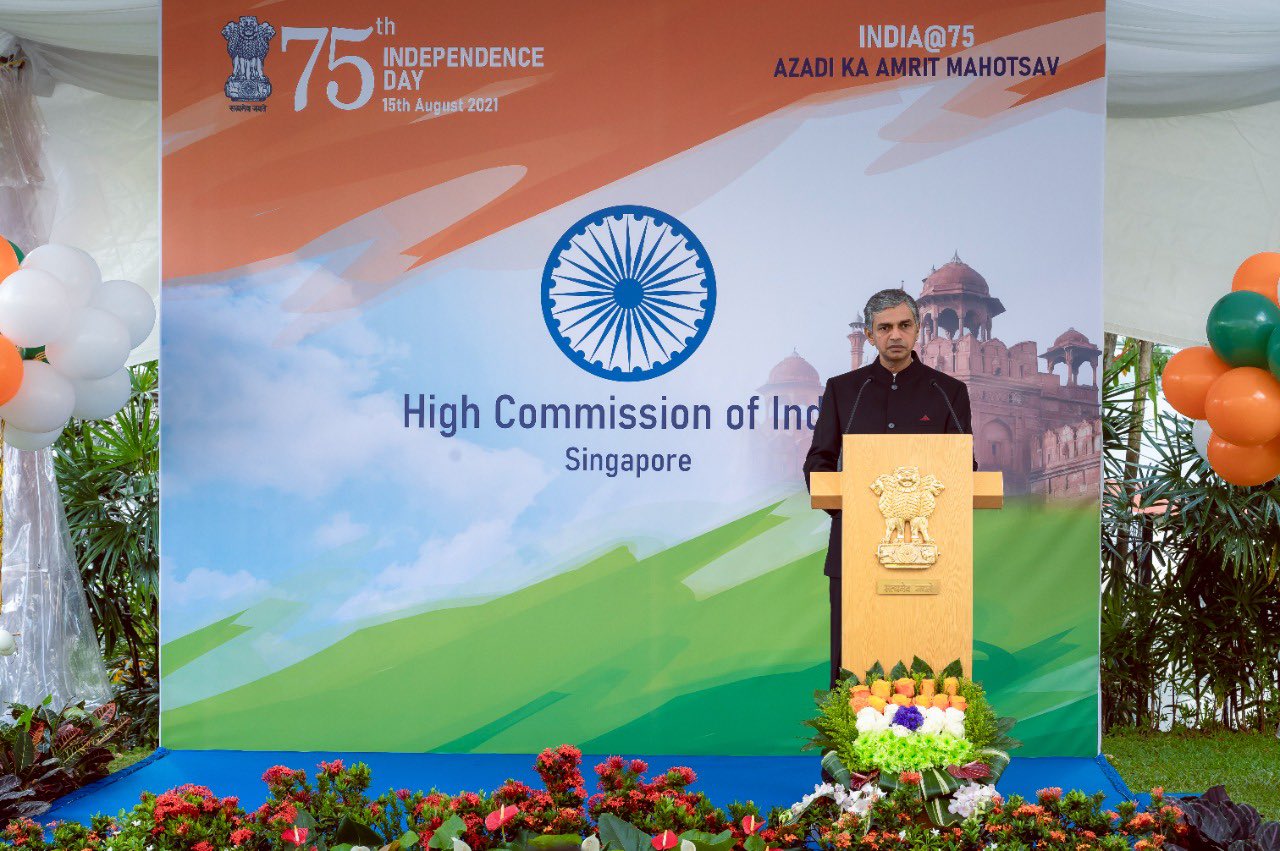 HE P Kumaran, HCI Singapore during his INdependence Day address at the High Commission.Photo courtesy: Twitter.@IndiainSingapor

High Commissions and Embassies across the world unfurled the Indian tricolour in socially-distanced and digital ceremonies, including in Singapore and the United Kingdom.

Various buildings were also illuminated in the colours of the Indian flag, highlighting the prominence and growth of India's soft power and diplomacy.

The traditional beating retreat ceremony took place at the Attari-Wagah border as well.

The Indian government promoted the theme of 'Azadi ka Amrit Mahotsav' (Festival of freedom) for the celebrations, which went viral across social media.

In celebration of India’s 75th #IndependenceDay, our American diplomats share the many things they love about #IncredibleIndia🇮🇳. pic.twitter.com/M1TOpj44oD

The US Embassy to India also joined the celebrations with a video dedicated to the things US diplomats love the most about the country that went viral over the weekend.

It was an honour to attend the Independence Day celebrations at the historic Red Fort today. As an athlete and a soldier, my heart is full of emotion when I see the national flag flying high. Jai Hind. 🇮🇳 pic.twitter.com/l4wlgmlGmQ

The Tokyo Olympics participants, including medalists like Neeraj Chopra, PV Sindhu and Mirabai Chanu, were present during the 75th Independence Day celebrations at the Red Fort.

The Indian cricket team hoisted the tri-colour before the start of Day 4 of the ongoing Lord's Test against England.

Several iconic buildings in the United States, including the One World Trade Center, were illuminated in the colours of the Indian national flag. Thousands of Indian-Americans held celebrations in various parts of the US as well.

The iconic One World Trade Center, the tallest building in the #US standing on the site of the 9/11 terror attacks, will be be lit up in the Indian flags tri colours to commemorate the 75th #IndependenceDay on August 15. pic.twitter.com/BS9khLV7hL

The Federation of Indian Associations (FIA) unfurled the largest ever Indian flag at Times Square in New York.