India yesterday celebrated its 75th Independence Day and marking another milestone from the freedom of British colonial rule. 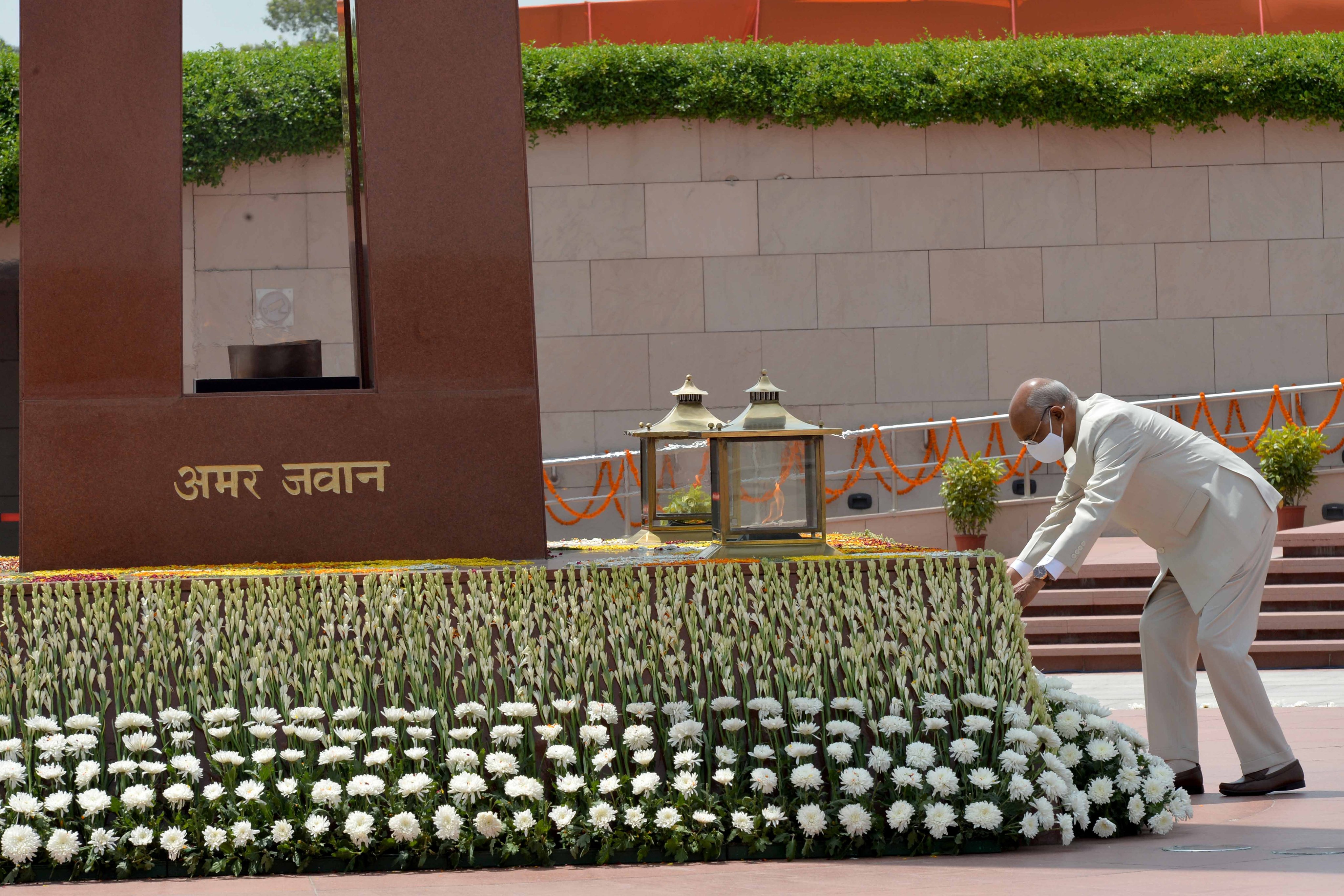 Giving a call for ‘Sabka Prayas’ along with ‘Sabka Saath, Sabka Vikas, Sabka Vishwas’ for building a new India,  Modi said, “We have to ensure we meet our goal of building Aatmanirbhar Bharat when we celebrate 100 years of India’s Independence.”

Defence Minister Rajnath Singh, along with chiefs of three services - Army, Navy and Air Force, and Chief of Defence Staff were also present on the occasion.

"President Ram Nath Kovind visited the National War Memorial and paid homage to the martyrs who made supreme sacrifice in the line of duty. On the occasion of 75th Independence Day, a grateful nation salutes its brave soldiers," tweeted the official handle of Rashtrapati Bhavan.

Earlier in the day, the PM heaped praises on the Tokyo Olympic winners as well as the COVID warriors.

“In 75 weeks of the ‘Azadi ka Amrit Mahotsav’, 75 ‘Vande Bharat’ trains will connect different parts of the country, the prime minister announced.

The development of Jammu and Kashmir is visible on the ground," Modi said, adding that the delimitation exercise is on and preparations are underway for assembly polls there.

The PM also hoisted the tricolour at the Red Fort prior to his speech.

He also announced that all Sainik Schools in the country will now be open for girls also. At present, 33 Sainik schools are operating in the country.

The PM said that two-and-a-half years ago, the maiden experiment of admitting girls in Sainik schools was carried out in Mizoram.

"Now, the government has decided that all the Sainik schools in the country will also be open for the daughters of the country," he said.

Modi said that his government's priority was to provide nutrition to every poor person of the country. He said malnutrition and lack of essential nutrients in poor women and poor children poses major obstacles in their development.

The PM also announced the setting up of the National Hydrogen Mission. He said that the Green Hydrogen is the future of the world.

Modi also announced an e-commerce platform for self-help groups (SHGs). He said more than eight crore women in the villages are associated with Self-Help Groups and they design top-end products.

On the occasion of 75th Independence Day, ex-servicemen held a march at the Singhu border in Delhi where protesting farmers are celebrating 'Kisan Mazdoor Azadi Sangram Diwas'.

The Tricolour was unfurled at INS Tabar which is deployed to Portsmouth in the UK on the occasion of Independence Day.

Before the start of Day 4 of the ongoing Lord's Test against England, Team India hoisted the tri-colour as the country celebrated its 75th Independence Day.

West Bengal Governor Jagdeep Dhankhar on Sunday hoisted the national flag on the occasion of the 75th Independence Day .

Apart from these, other states have also celebrated Independence Day.