With more youngsters from India’s 350-million-strong burgeoning middle-class planning international vacations, the country’s outbound tourism has registered a spectacular growth in the past five years.

While traffic from India to Singapore, the United States, China, France, Hong Kong, Mauritius, Thailand and the United Kingdom has grown between 25 and 50 percent, that to Australia, Canada, Malaysia, the Maldives, the Netherlands, Oman, Russia and Turkey has also nearly doubled, thanks to a rising number of millennials with an increasing disposable income wanting to travel overseas over the ho-hum domestic tourist places. 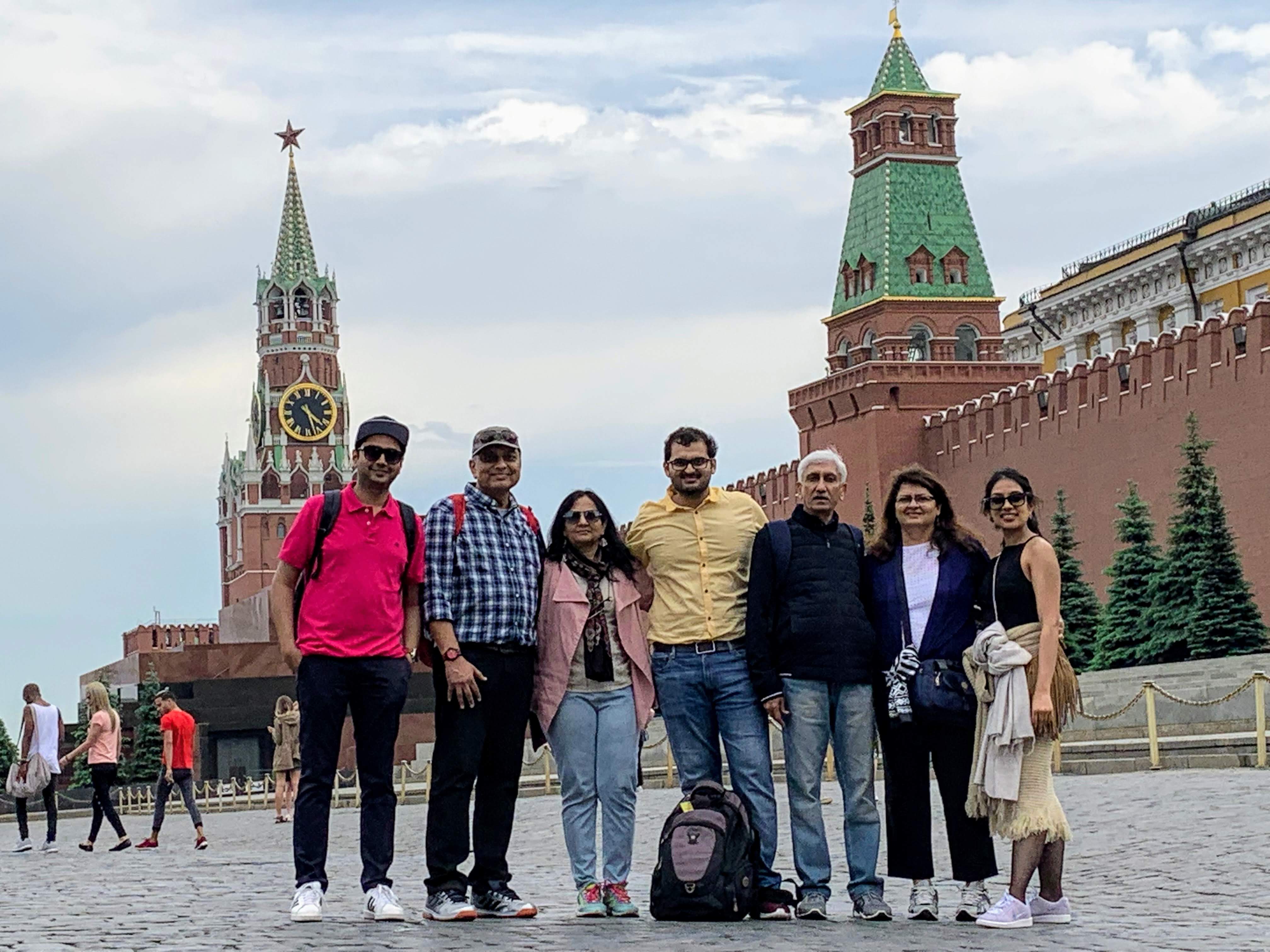 Despite the rupee fall, Indians did not alter their outbound travel plans. Photo courtesy: Amit Doshi

Indeed, the outbound traffic in 2017 stood at 26 million-- a whopping 370% more than the traffic in 2005 and more than double that of foreign tourist arrivals last year, and the outbound market has continued to grow at an average annual growth rate of 10-12 per cent since 2014.

“Despite the Jet Airways imbroglio, the tourism sector has done well and the country is among the fastest-growing outbound travel markets with young Indians now embarking on an outbound holiday at a much younger age,” says Meeta Shah, director of Flamingo Travels, one of India’s largest tour operators with an enviable record of planning holidays for 155,000 families in 75 countries.

Even tourism related to corporate meetings, incentives, conferences and exhibitions (MICE) has been growing by leaps and bounds what with India being the largest source market for the MICE industry in nearby Singapore and Dubai.

Speakers at the July 17-18 Annual Mice India & Luxury Travel (MILT) Congress held in Delhi revealed that India was expected to create two million MICE tourists in 2020, while the country’s outbound MICE tourism market is estimated to reach US$9 billion by 2025.

But if tourism is an engine of economic growth for India and a significant contributor to Gross Domestic Product, it is because the globe-trotters did not alter their outbound travel plans despite several international airlines jacking up fares. 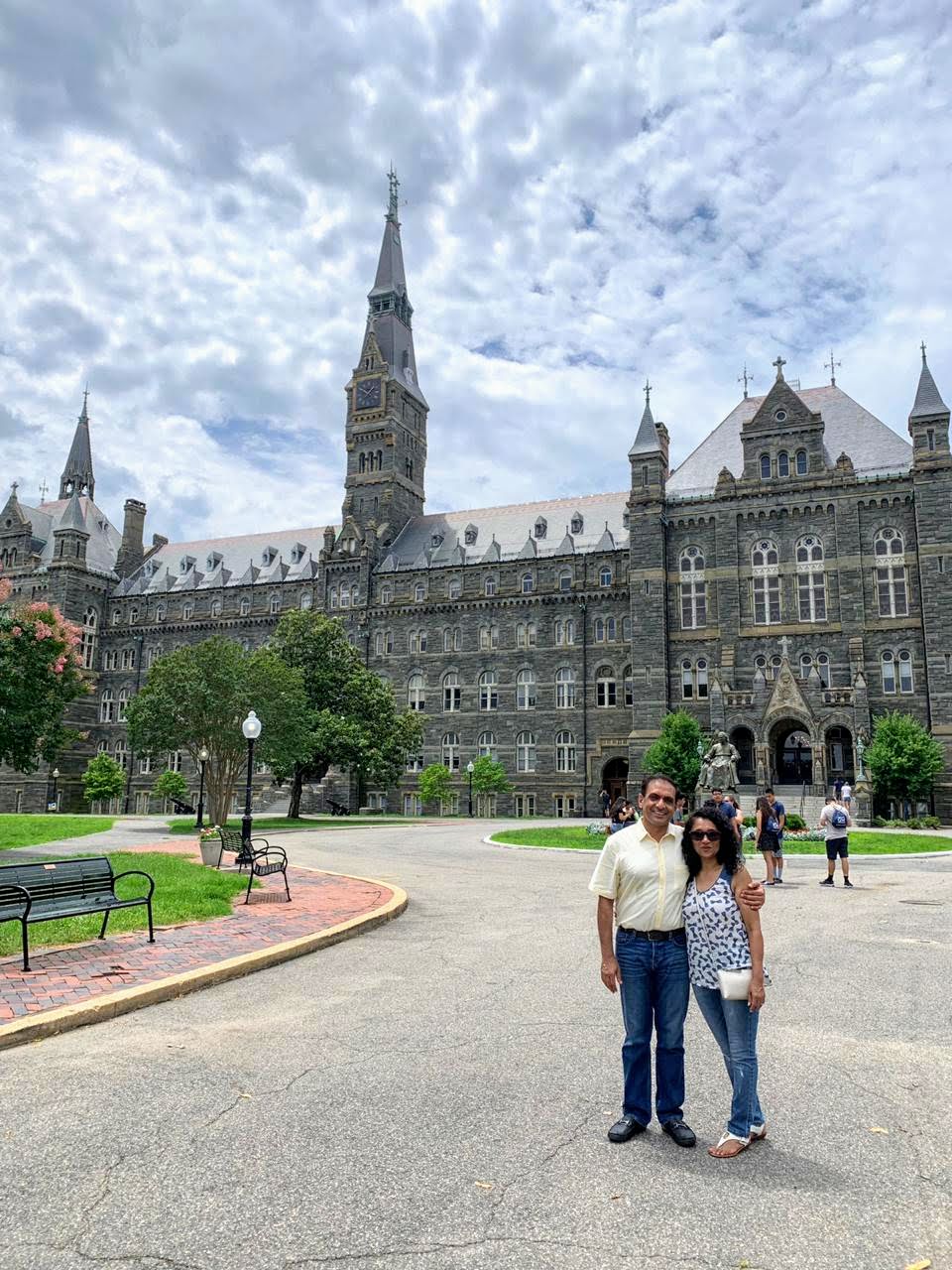 Says orthopaedic surgeon Dr Satish Patel who returned from Washington earlier this week: “The 15 per cent fall of rupee against the US greenback in the past 12 months has failed to dampen the spirit of Indian globe-trotters opting for dollar destinations as they are very calculative and understand currency fluctuations, keeping a significant buffer while budgeting their travel.”

With holiday packages becoming costlier by about 10 per cent because of dollar-driven higher air fares and hotel tariffs, some smart-alek day-trippers like accountant Jitendra Prajapati have hit upon a novel idea of flying to Turkey and Indonesia where either the rupee has been stable or the local currency has fallen, making these hotspots pocket-friendly. 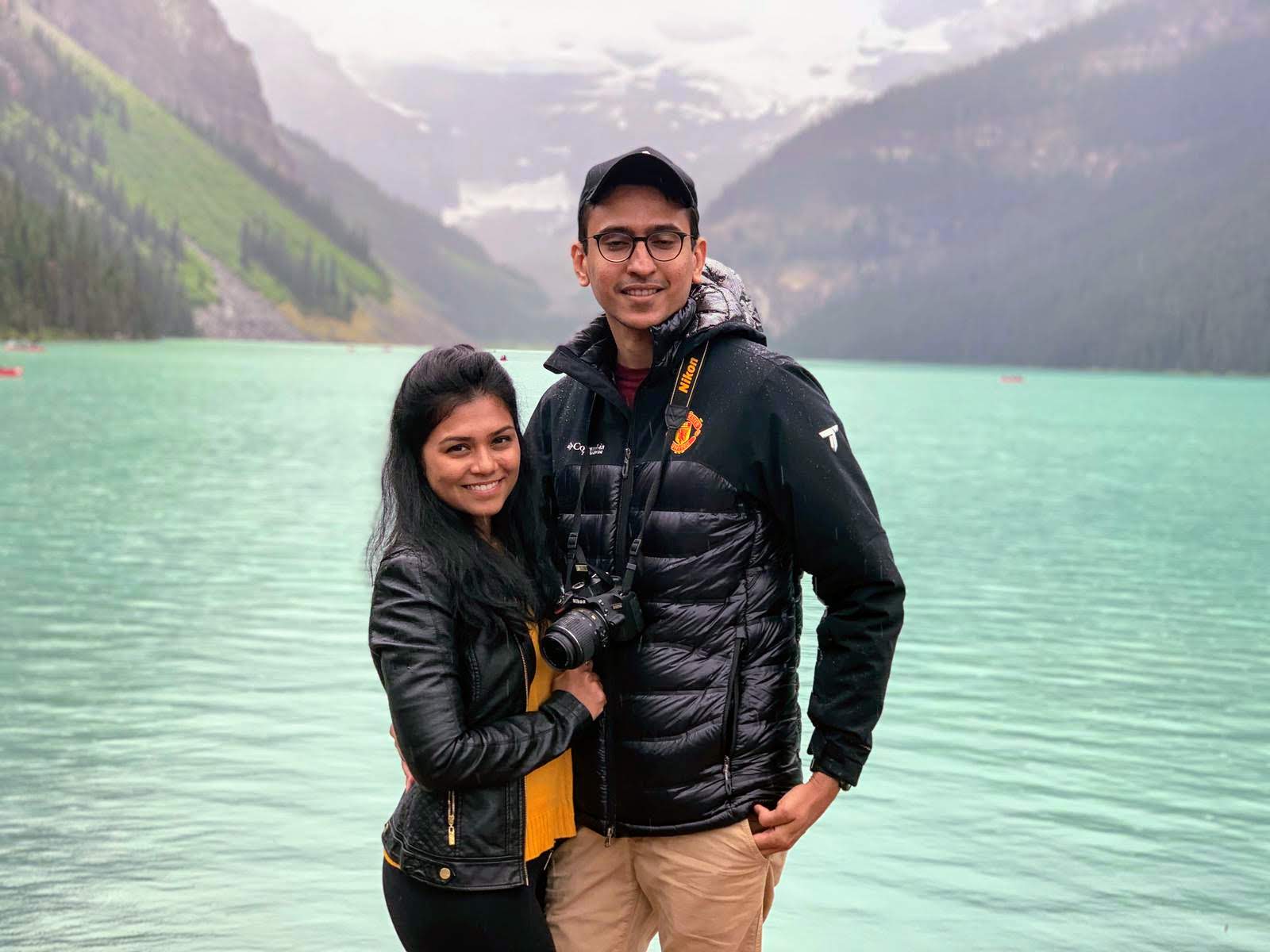 However, as Flamingo’s Meeta Shah says, the travel landscape has transformed significantly and a wider array of countries now features on the bucket list of Indian birds of passage.

Amit Doshi, a business consultant and adviser to a top-drawer media company, and his family members were bowled over last month by the wondrous beauty of Russia, the 96th country he has visited.

“Russia has changed a lot since the disintegration of the Soviet Union. It is not only beautiful but a safe country, and Moscow even has hundreds of tourist policemen with locals also instantly guiding Indians,” he told Connected To India. 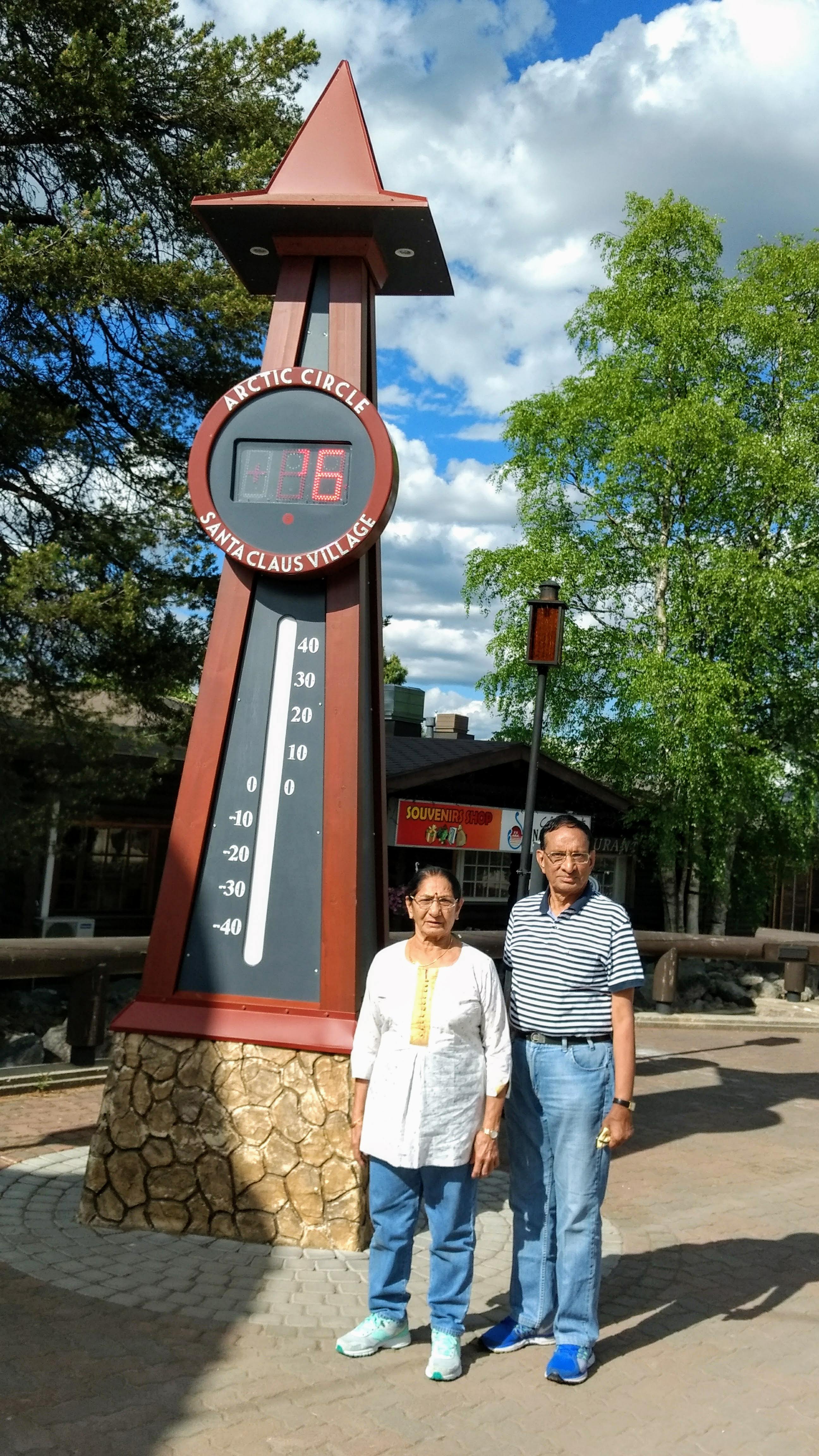 A wider array of countries like Finland now features on the bucket list of Indian birds of passage. Photo courtesy: K H Patel

According to K H Patel, former Indian ambassador to several countries, healthy GDP growth rate, increasing spending capacity as well as desire to travel and experience, etc have all boosted outbound tourism, and few know that India’s tier-2 and tier-3 cities are leading the growth this time.

Not surprisingly, India retained top spot on Dubai's list of source markets for inbound tourism, with over a million Indian tourists flying to the emirates during the first half of 2018, registering a three per cent rise over the same period in 2017.

Australia also last year witnessed an 18 per cent increase in arrivals from India, with 358,000 Indian travellers visiting the country during the year, making India the eighth largest inbound market for Australia.

Tour organizers in Thailand which witnessed an influx of Chinese tourists till recently are now flooded with bookings from India. Sri Lanka, which suffered a temporary setback due to the recent terror incident, has been successfully wooing Indian tourists by offering discounted airfares and accommodation. 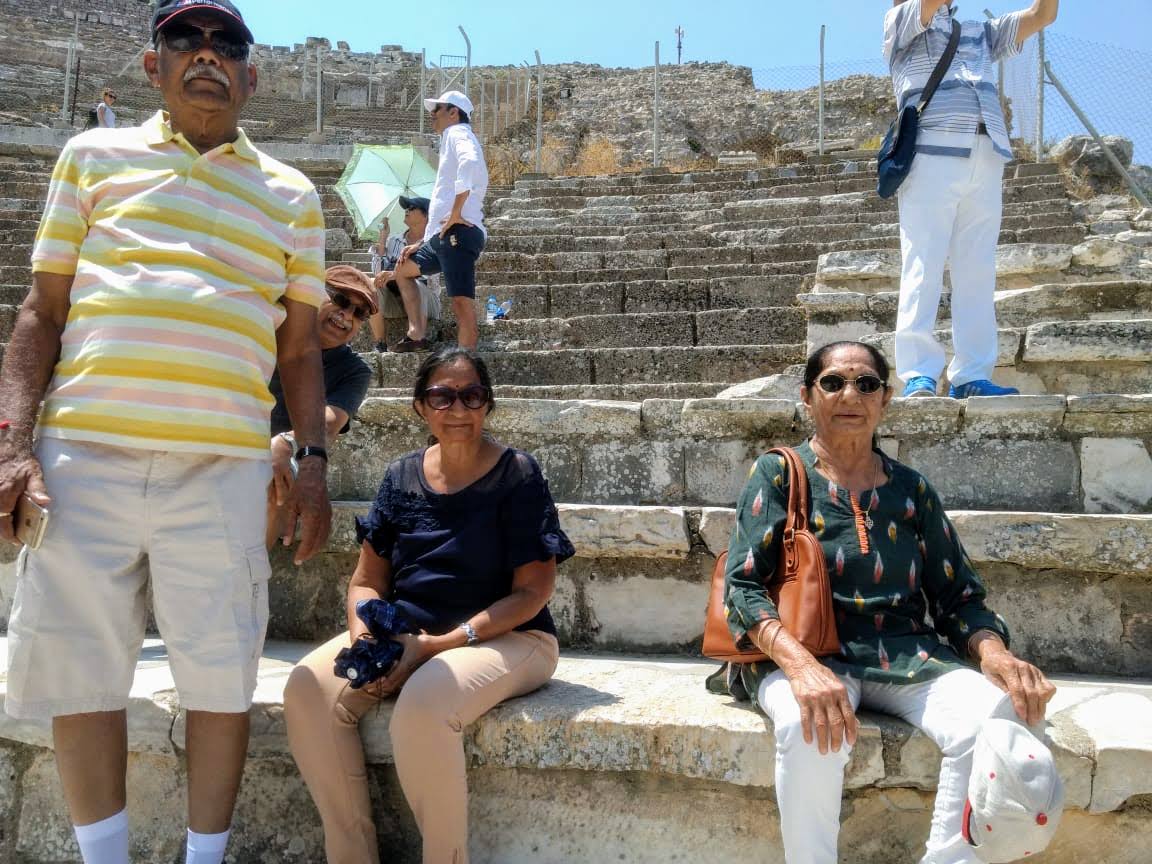 Tour operators say that after booking their trips months in advance, Indians neither cancel their plans nor change their destinations. Photo courtesy: K H Patel

According to latest research by Colliers International, a Canada-based global real estate company, Indian tourists are also among the world's highest spenders per visit made abroad, with visitor spend expected to increase from USD 23 billion in 2018 to USD 45 billion by 2022.

In other words, even as stakeholders at the MILT Congress will brainstorm on the current tourism scenario in Mumbai on July 23 and 24, India, which tops in visitor arrivals to Singapore, has become one of the fastest-growing outbound travel markets in the world, what with the UN World Tourism Organisation seeing an astounding 122 per cent increase in Indian outbound traffic to reach over 50 million by 2022.