Ahmedabad-born Tamkeen Shaikh has been selected as the Conservative Party candidate for the Barking constituency in the December 12 United Kingdom elections as part of the Tories’ continuing efforts to secure the Indian-origin vote. 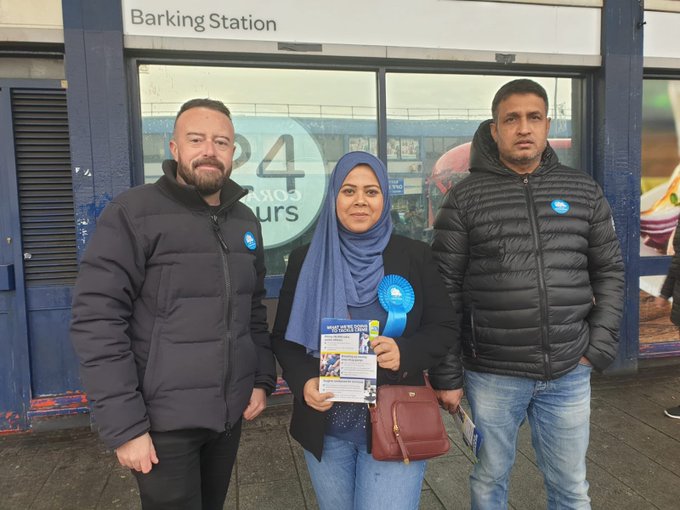 Shaikh (centre) is a staunch supporter of UK Prime Minister Boris Johnson and Brexit, according to her public statements. Photo courtesy: Twitter/@tamkeenshaikh

"Delighted to be selected as the Conservative Party Candidate for Barking. Hard work begins now! #BlueBarking," Shaikh, who studied and worked as a journalist in India before coming to the UK, tweeted.

Shaikh left India 14 years ago for a Masters in media and management in the UK. Married with two children, Shaikh is now working in the education sector. "The reason I have joined politics and particularly the Conservative Party is, it's the best way to contribute to the society and the party believes in creating opportunities for business and innovation,” she said.

Shaikh is a staunch supporter of UK Prime Minister Boris Johnson and Brexit, according to her public statements.

"Like the majority of Barking residents, I voted Leave and I want to get Brexit done,” she stated.

Criticising the Labour Party in her statement, she said that the country deserves better. She added that the residents of Barking needed a representative who understands the needs of local people.