This appointment come close on the heels of appointment of Indian-origin lawyer Tommy Thomas as Malaysia’s new Attorney General and the induction of first Sikh Minister Gobind Singh Deo in the new Malaysian Cabinet headed by Prime Minister Mahathir Mohammad. 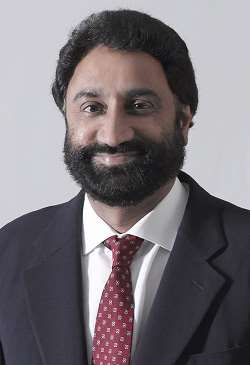 Dedar Singh Gill will be sworn-in as the new judicial commissioner of Singapore's Supreme Court on August 3 at Istana. Photo courtesy: drewnapier.com

Gill was previously managing director of intellectual property department of the law firm Drew and Napier LLC in Singapore where he spent most of his career. He is a graduate of National University of Singapore.

Gill has considerable experience of 30 years in the legal field and recognised as one of the top Singapore’s intellectual property lawyer representing corporate clients. He has appeared as counsel before the High Court and Court of Appeal for major corporate clients.

In addition to this, he is also a member of Law Society of Singapore, Singapore Academy of Law and International Trademark Association.

With Gill's appointment, the Supreme Court will now have a total of 21 judges - including four judges of appeal and the chief justice - six judicial commissioners, four senior judges and fifteen international judges.