The Indian Heritage Centre's CultureFest 2020 kicked off with its first-ever digital launch on September 5 with an eclectic line-up of programmes revolving around epic literary work - The Ramayana. As part of the two-week long extravaganza, CultureFest 2020 will also feature daily cultural showcases, the first of which, Ramayana in the Limelight, was held on Monday evening.

The following evening, audiences were treated to a unqiue portrayal of the motherly love via ‘Motherhood’, presented by a trio of well-known practitioners of traditional Indian dance forms in Singapore - Shantha Ratii, Chitra Shankar and Pallavi Sharma. 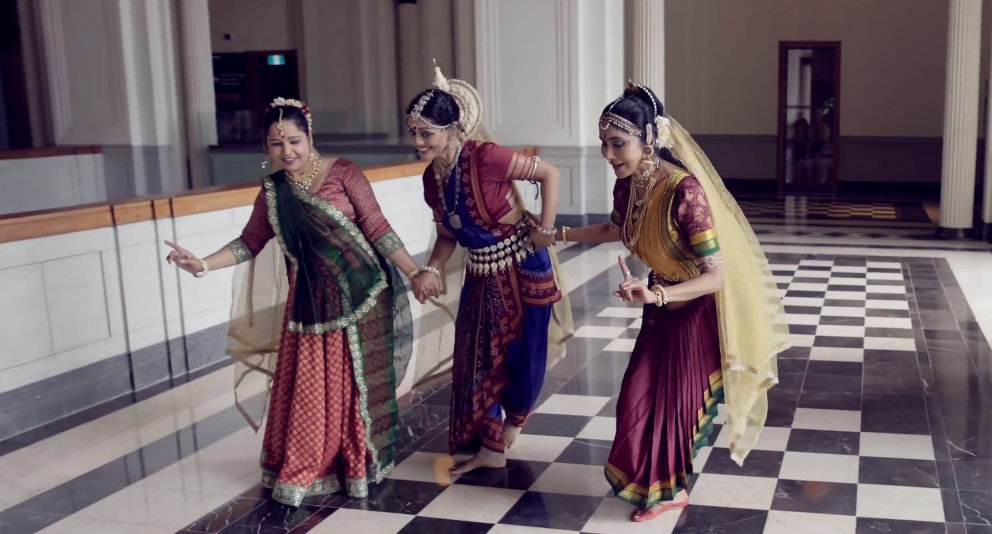 Kuchipidi by Shantha Ratii, Odissi by Chitra Shankar and Kathak by Pallavi Sharma was aptly used to portray the roles of Kaikeyi, Kausalya and Sumitra to soulful music. Photo Courtesy: IHC Video/Screengrab

'Motherhood' is an elegant showcase of Dasharatha’s three wives' maternal love for their sons.

Kuchipidi by Shantha Ratii, Odissi by Chitra Shankar and Kathak by Pallavi Sharma were aptly used to portray the roles of Kaikeyi, Kausalya and Sumitra respectively, with the piece set to soulful music.

Pallavi portrays the good-natured, friendly Sumitra through the footwork, hand movements and twirls of Kathak.

Juxtaposing the strength of the beautiful dance form Kuchipudi,  Shantha’s Kaikeyi teaches her son Bharata as well as Kausalya's son Rama how to use the bow and arrow.

And finally, Odissi is gracefully used by Chitra to convey Kausalya’s playfulness as she spends time with the heir apparent, her son Rama.

The three wives of Dasharatha are shown rejoicing together before they depart with Kausalya leading Rama, Kaikeyi escorting Bharata and Sumitra holding hands with her twins Lakshmana and Shatrughna. 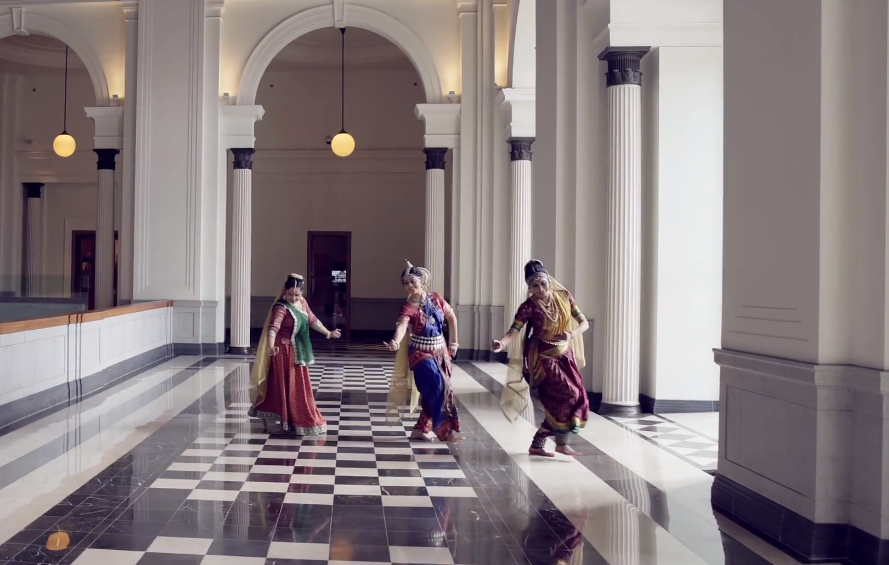 Catch all the exciting events and programmes lined up for the 6th edition of the IHC CultureFest via Facebook from September 5-20.