The Indian government has pinned its hopes on an early compromise between UK NRI Lakshmi Niwas Mittal-controlled ArcelorMittal and SAIL to launch a joint venture for production of automobile grade steel to turn India into a major car export hub under the Make in India programme.

State-owned steel manufacturer SAIL and world's No. 1 steel producer ArcelorMittal are yet to sort out disagreements over revenue sharing and technology pricing ever since the two signed a deal in 2015 to set up a plant in India.

"We are hopeful that SAIL and ArcelorMittal would soon formalise the joint venture for the production of automotive-grade steel. This will be a big step forward under the Prime Minister’s Make in India Programme," the Minister of Steel Chaudhary Birender Singh said here while enumerating the strides made by his ministry in last three years.

The UK-based NRI Chairman and CEO of ArcelorMittal Steel, Lakshmi Niwas Mittal controls the global steel behemoth with footprints in 60 countries and industrial presence in 19 with an achievable production capacity of approximately 114 million tonnes of crude steel.

Addressing the media, Steel Minister Singh said that the Indian steel industry is at the cusp of another significant milestone by becoming the second largest stainless steel producer in the world, leaving behind Japan.

He said that the steel sector was the only an example of all-round development in India under PM Modi's leadership.

"We are very confident that steel sector will become more vibrant and dynamic after the ‘National Steel Policy 2017’ and ‘Policy for preference to domestically manufactured iron & steel products in government procurement’ becomes effective. The roadmap to implement the new policies will be finalised in the next six months to one year," Singh said. 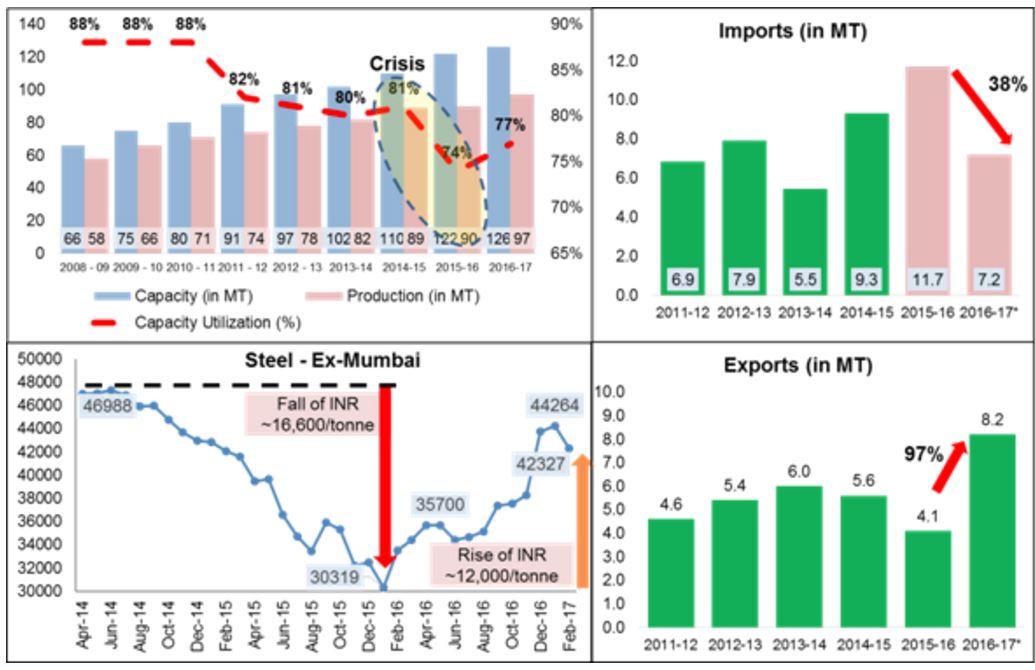 India has emerged as a net exporter of steel in the year 2016-17, with 97% increase in overall exports and a 37% decline in imports of steel products over the same period in the previous year. Graphics courtesy: Ministry of Steel

The minister informed that the three steel processing units, Jagdishpur in UP, Bettiah in Bihar and Kangra in Himachal Pradesh, are going to be operationalised within the next one year. This involves an investment of Rs. 500 crores. These units will produce value-added products like crash barriers, black pipes, TMT bars or GC sheets. Special Purpose Vehicle Route has been adopted by the Government of India for creation of Greenfield steel capacity in May 2015. The process for the same was initiated in four states of Chhattisgarh, Odisha, Jharkhand and Karnataka.

Talking of Zero Waste Production, the Steel Minister said that a 120 MW power plant was inaugurated in April 2017 at RINL Vishakhapatnam using the waste gases of the steel plant. The Huge Fine dumps, waste slag, slime etc. from steel plants need to be utilised by using innovative techniques for pelletisation of fines, slag-cement for slag towards a clean and Green steel sector in India.

The minister said that the steel industry needs to go for a paradigm shift and move from semi-finished/crude steel to value-added steel. This will lead to better margins and improve competitiveness.

Enlisting new schemes for secondary steel producers in 2017-18, he said that the steel ministry will rate the ranking of top-50 secondary steel/smart producers and awards will for best-performing plants in secondary steel sector solely on the criterion of their products of BIS standards and cost effectiveness. 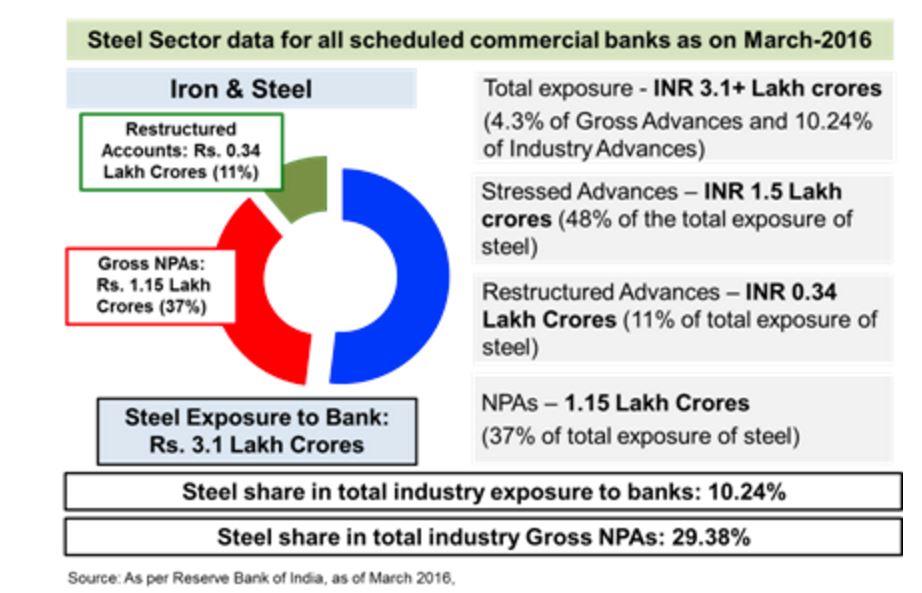 He said that the GST regime is good for Steel Team as Goods & Services Tax Rates and slabs for raw materials like iron ore, manganese, coal etc. is in the bracket of 5 per cent. semi-finished and unfinished goods are in 18 % bracket. The steel industry will see a reduction in the input cost for steel making with the GST implementation.

In 2015, India became the third largest producer of steel in the world and is looking at positioning itself as the second largest in the very near future.