Indian and Chinese soldiers sustained “minor injuries” following an engagement in a face-off along the Line of Actual Control (LAC) in Tawang sector of Arunachal Pradesh last Friday. 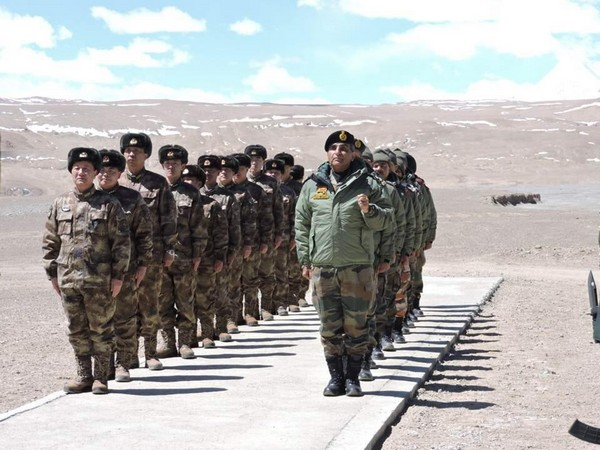 India and China went to war over their border regions in 1962, eventually establishing the LAC. Photo courtesy: Twitter/@ani_digital

As per sources, at least 20 Indian troops and a much higher Chinese number were injured in the clash.

“On December 09, 2022, People’s Liberation Army (PLA) troops contacted the LAC in Tawang sector, which was contested by own troops in a firm and resolute manner. This face-off led to minor injuries to a few personnel from both sides,” the Army said in a statement after reports of the incident.

The 2,100 mile-long (3,379-kilometre) disputed border has long been the source of friction between New Delhi and Beijing, with tensions escalating sharply in June 2020 when hand-to-hand fighting between the two sides resulted in the deaths of at least 20 Indian and four Chinese soldiers in Aksai Chin-Ladakh.

Both sides “immediately disengaged from the area” and the countries’ respective commanders there held a flag meeting to discuss the issue in “accordance with structured mechanisms to restore peace and tranquility,” the statement said. China has yet to comment on the incident officially.

Speaking to members of Parliament last week prior to the skirmish, Indian Foreign Minister Subrahmanyam Jaishankar said India, “diplomatically” had been “very clear” with China that they “will not tolerate attempts to unilaterally change” the LAC.

India and China went to war over their border regions in 1962, eventually establishing the LAC. But the two countries do not agree on its precise location and both regularly accuse the other of overstepping it, or seeking to expand their territory. There have been a series of mostly non-lethal scuffles over the position of the border in the years since, including as recently as 2021, according to a statement from the Indian Army at the time.

In September, the Indian government said that Indian and Chinese troops had begun disengaging from the Gogra-Hotsprings border area in the western Himalayas, two years after clashes at the frontier strained diplomatic ties.

That statement came ahead of a regional summit in Uzbekistan attended by both Indian Prime Minister Narendra Modi and Chinese leader Xi Jinping.

Activities in the region remain closely watched on both sides.

On November 30, China’s Foreign Ministry criticized high altitude joint exercises conducted between US and Indian troops in northern India’s Uttarakhand, saying that the exercises did “not help build bilateral trust” and that Beijing had expressed concerns to New Delhi.

China has grown wary of India’s ties with the United States in recent years, as China-US relations have cratered and the Quad security dialogue, which includes India, the US, and American allies Japan and Australia has become more active.

Modi and Chinese leader Xi last met at the Group of 20 (G20) summit in Bali last month, where the two shook hands but did not have a bilateral sit-down.