An Indian-American student who was crowned ‘Miss California Teen USA’ last year, has been selected as one of the top five contestants in the Miss Teen USA 2017 beauty pageant. 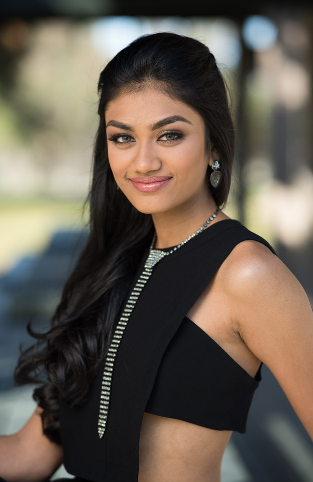 Jaanu Patel, 16, was among the top five in the Miss Teen USA 2017 which was won by Sophia Dominguez-Heithoff of Missouri, in Phoenix, Arizona.

Patel, a junior at Huntington Beach High School, was crowned Miss California Teen USA for 2017 at the December 4, 2016, pageant at the Long Beach Terrace Theater, reported the Los Angeles Times.

It was her first time competing in a statewide beauty pageant and she didn’t expect to win, though she had already won the Miss Huntington Beach Teen crown in February.

“I feel like beauty is having a sense of pride in completing your goals,” Patel was quoted as saying by the Times, then. “Beauty on the outside is important. It’s a form of respect in how you represent yourself to the world. But you’re not going to be somebody unless you complete the goals you set for yourself.”

Ever since she was four, Patel has been dancing to the tunes of Bollywood music at NDM Bollywood Dance Studios run by Nakul Dev Mahajan, which has made her an award-winning, competitive Bollywood Dancer and has been learning Kathak for 10 years. 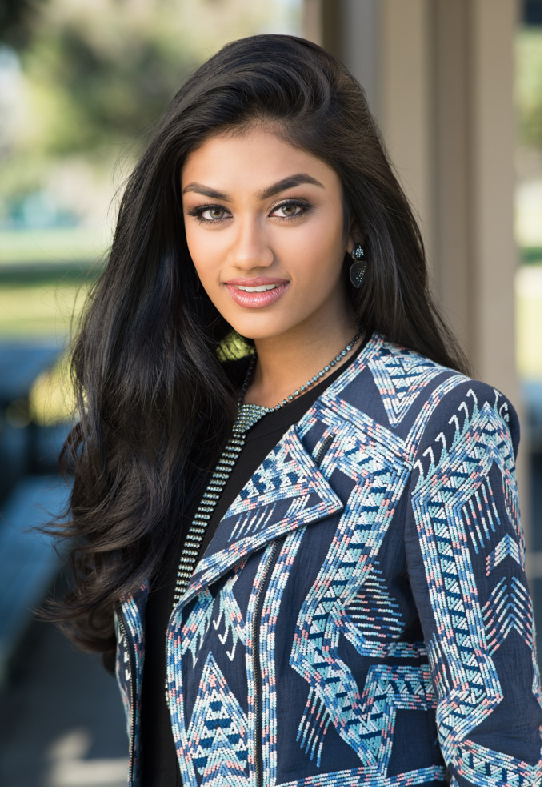 She has been to 16 countries including Italy, New Zealand, Turkey and Uganda, where her father was born and wants everyone to travel internationally at least once in their lifetime.

In her junior year at Huntington Beach High School, Patel visited Montreal last year during a Model UN trip where she took interest in topics such as women’s rights and deprivation of education with the desire to see an improvement in the education system over the next 10 years.

“I want students to get more hands on training outside of the classroom,” Patel said in her YouTube video for the Miss Teen USA beauty pageant.

Patel aspires to become a paediatrician and is currently volunteering with Kaiser Permanente in her maternity ward.

Dominguez-Heithoff won a USD10,000 scholarship and USD5,000 in cash, besides the crown. Apart from her and Patel, the other three contestants are - Vanessa Matheson, of Oregon; Alexis Smith, of Nevada; and Paige Robinson, of Indiana.

All 51 Miss Teen USA participants, representing the 50 states and the District of Columbia, spent the week exploring Phoenix together, hiking South Mountain and scouring the Arizona Science Center.