A group of frontline Indian-American healthcare professionals, stuck in the 150-plus-year Green Card backlog, held a peaceful demonstration in front of the Capitol. 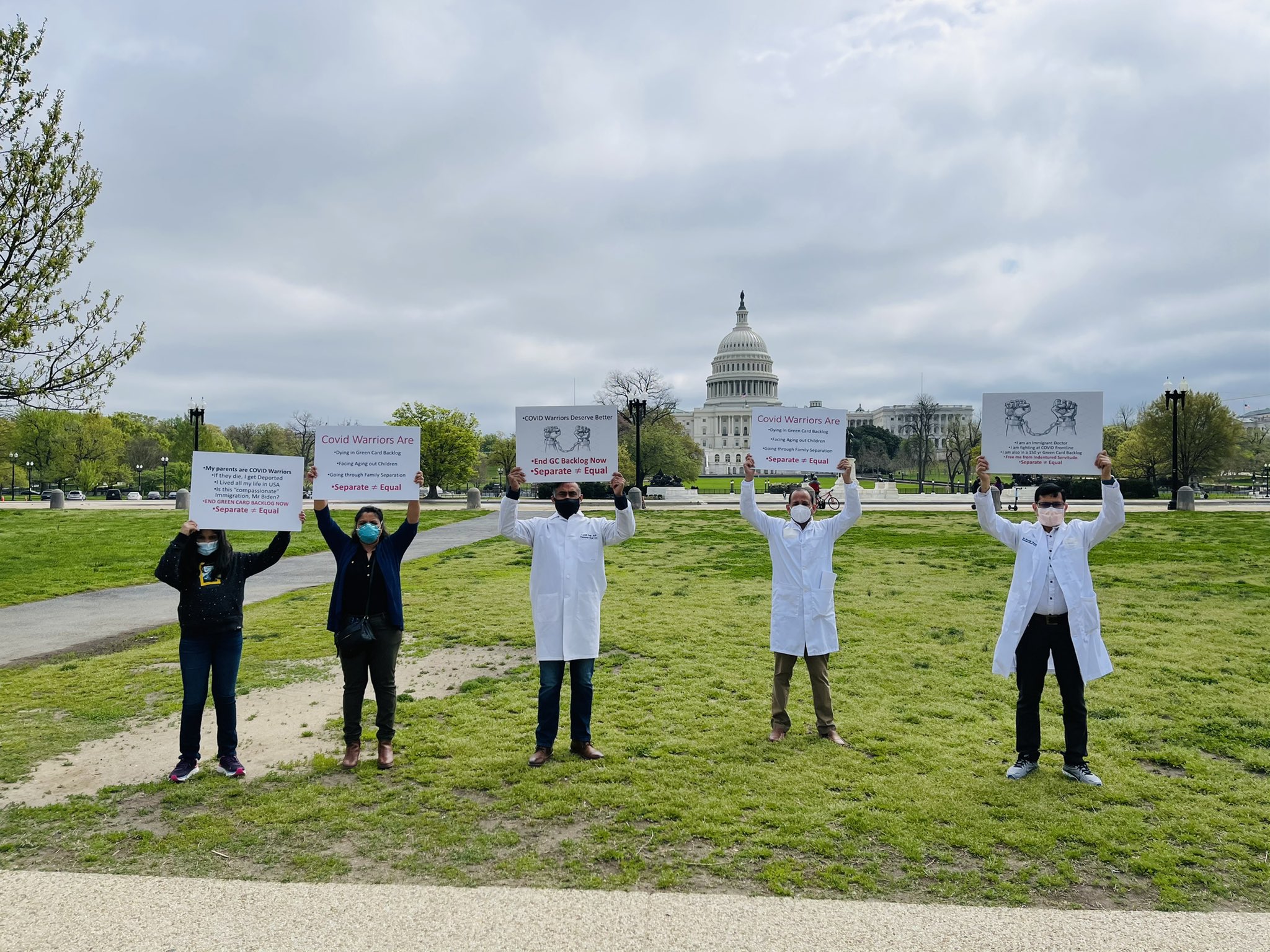 In a joint statement, the Indian-American doctors said that they are in a 150-plus-year Green Card backlog due to archaic country caps that allows no nation to get more than seven per cent of employment-based green cards. Photo courtesy: @frontline_in

A Green Card, known officially as a Permanent Resident Card, is a document issued to immigrants to the US as evidence that the bearer has been granted the privilege of residing permanently in the country.

In a joint statement, the Indian-American doctors said that they are in a 150-plus-year Green Card backlog due to archaic country caps that allows no nation to get more than seven per cent of employment-based green cards.

"India is a land of a billion-plus people but the number of green cards it gets is the same as a country as small as Iceland. There is no cap on H-1B visa though and Indians make 50 per cent of the H-1B work force. This discrepancy between H-1B and green cards has created an inhuman backlog that is adversely affecting our professional and personal lives," they said.

Indian IT professionals, most of whom are highly skilled and come to the US mainly on the H-1B work visas, are the worst sufferers of the current immigration system which imposes a seven per cent per country quota on allotment of the coveted Green Card or permanent legal residency.

The protesters said that the fairness bill removes country caps and allots green cards on a first come first serve basis. It passed in the House of Representatives by 365 votes in 2019 and its Senate equivalent S386 passed the Senate in 2020. Now the bill is back to the House as a modified version.

They urged Congresswoman Zoe Lofgren to bring it to vote as a bipartisan solution to end the suffering of skilled professionals.

"The Green Card backlog is taking a toll on the frontline health care workers and their families. They are living in fear and anxiety," Dr Namita Dhiman, a child and adolescent psychiatrist said.

"US President Joe Biden should end the Green Card backlog by allowing United States Citizenship and Immigration Services (USCIS) to utilise unused green cards from the past years for the frontline healthcare workers in the backlog," she said.