President Trump welcomed Ambassador Sandhu back to Washington DC and wished him every success in his responsibilities. The President recalled his friendship with Indian Prime Minister Narendra Modi and their several interactions. 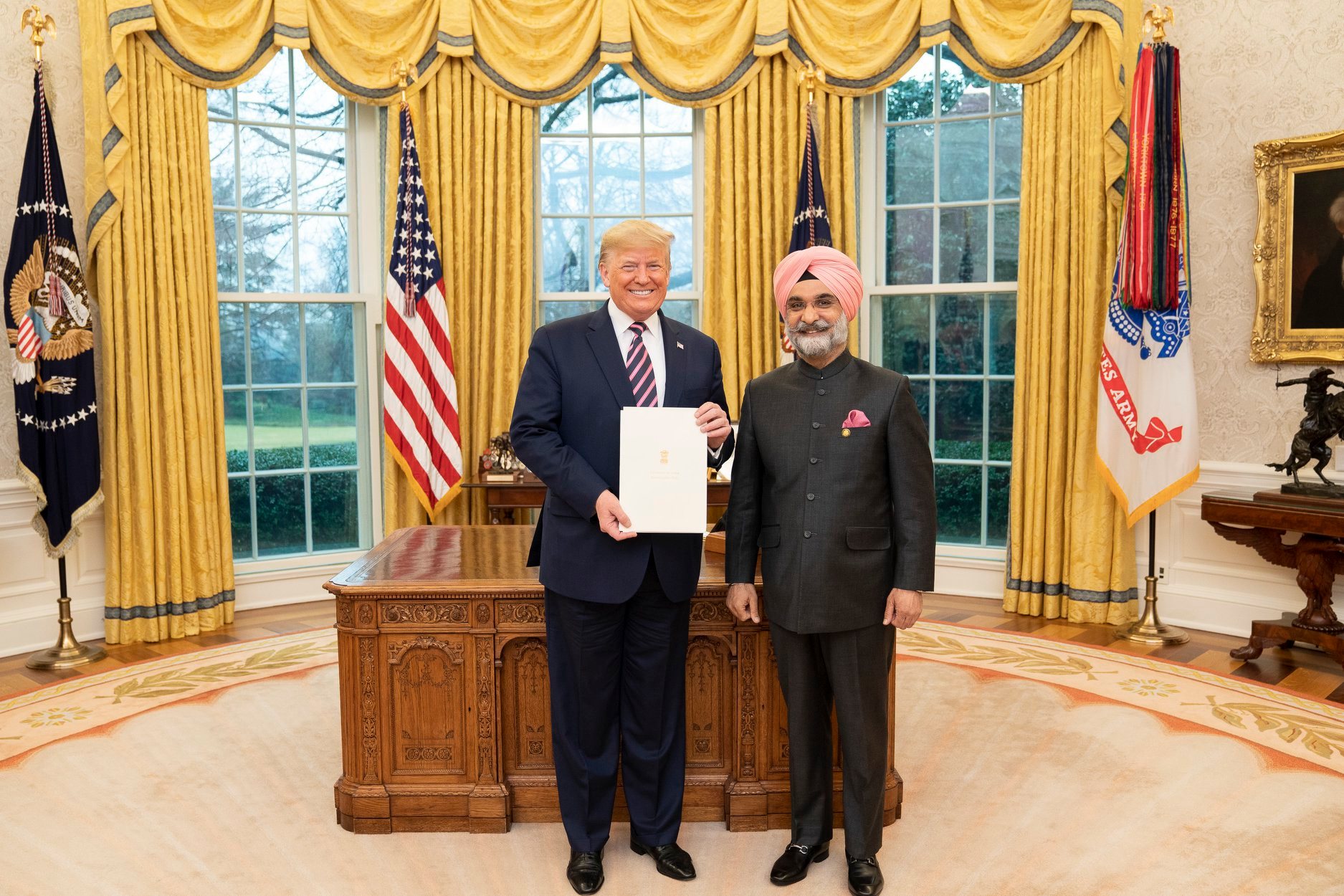 Ambassador Sandhu (right) conveyed the greetings from the President and PM of India to President Trump. Photo courtesy: Indian Embassy to USA ​

Sandhu’s previous posting had been as Ambassador to Sri Lanka. He had also served in the Indian Mission to the US twice earlier as Deputy Chief of Mission at the Embassy of India in Washington DC from July 2013 to January 2017 and First Secretary (Political) responsible for liaison with the US Congress from 1997 to 2000.

Ambassador Sandhu conveyed the greetings from the President and PM of India to President Trump and the First Lady. ​

Trump is set to visit India in the last week of February to discuss a new trade deal with India, according to media reports.