India’s 350,000 well-trained postmen have turned bankers, offering doorstep financial services to even the last man standing in the remotest parts of the country.

Till recently, the ubiquitous men in brown serving in the country’s 155,000 post offices located in every nook and cranny had been only delivering letters and parcels.

But now they are making banking easy for even ordinary citizens by going round homes carrying a trendy mobile phone and a hand-held biometric scanner to open savings accounts, transfer money, pay utility bills, accept cash deposits, facilitate withdrawals and what have you.

This has become possible after Prime Minister Narendra Modi launched on September 1, 2018 the long-delayed India Post Payments Bank (IPPB), a 100% government-owned public limited company under the Department of Posts (DoP), with 650 branches in post offices in every district of India.

The 180 million post office savings bank accounts with an astounding Rs 850-billion balance currently in 155,000 post offices, including 139,000 in the rural areas, are being computer-linked with the IPPB’s 650 branches, making it the largest banking network with direct presence right down to the village level. 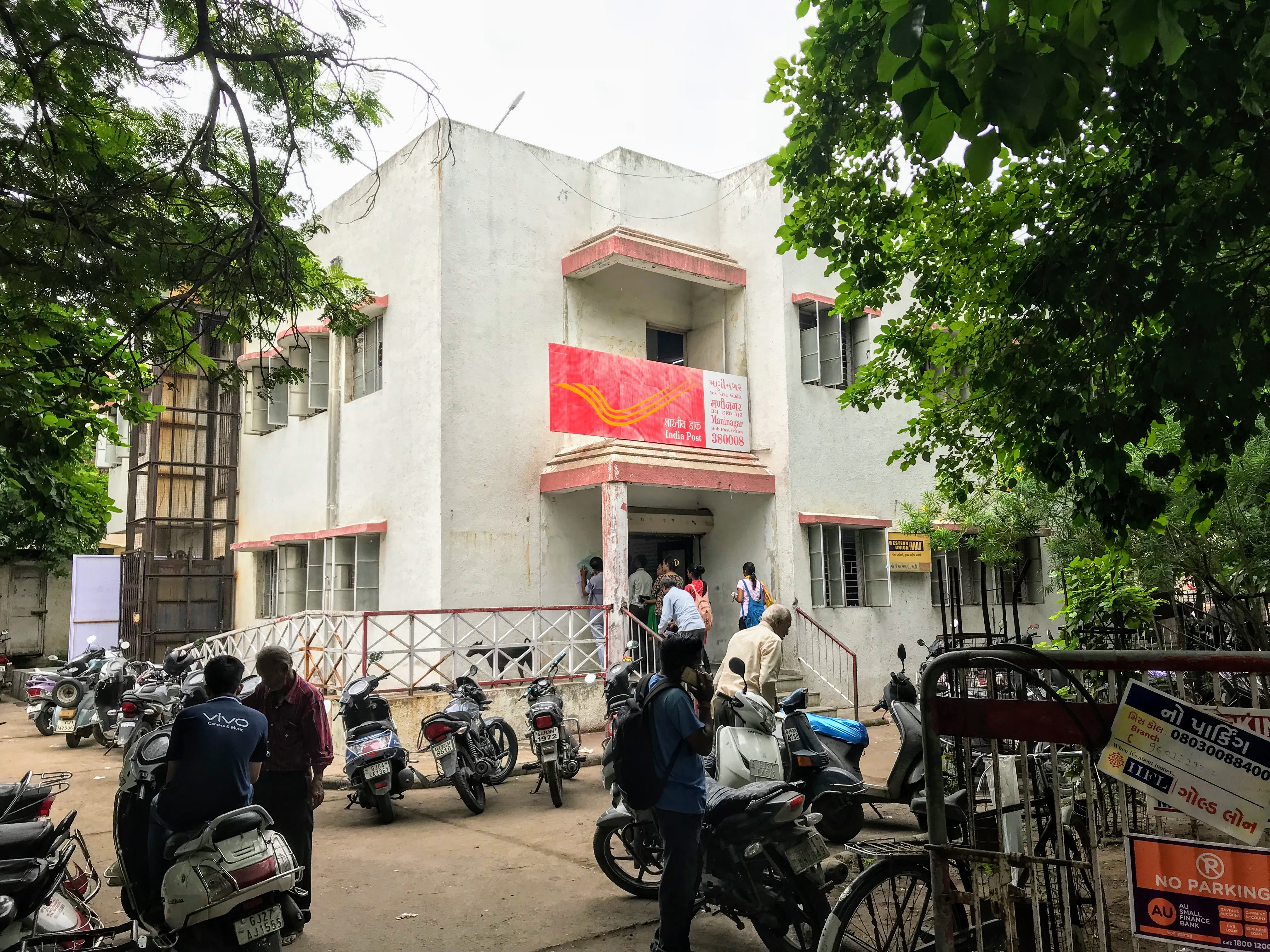 “The IPPB has also become an additional source of revenue generation for the DoP, besides creating a platform for financial inclusion programmes of the federal government,” said a senior official in the Maninagar post office in Modi’s former assembly constituency in Ahmedabad in his home state of Gujarat.

An IPPB mobile app enables its customers to enjoy digital transactions for various financial services which, of course, are also being made available by post offices or visiting postmen in rural and urban areas.

IPPB customers can even recharge their phones or pay gas, phone, water and electricity bills and accomplish much more at nominal charges. The unique postal bank offers three types of savings accounts - regular, digital and basic - with the rare zero-balance facility and interest rates fixed at 4 per cent a year.

Though 190 million Indians do not have a bank account, the IPPB is like any other bank, though operating on a smaller scale, carrying out most banking operations but cannot advance loans or issue credit cards while accepting deposits of up to only Rs 100,000 per account from individuals and small businesses. 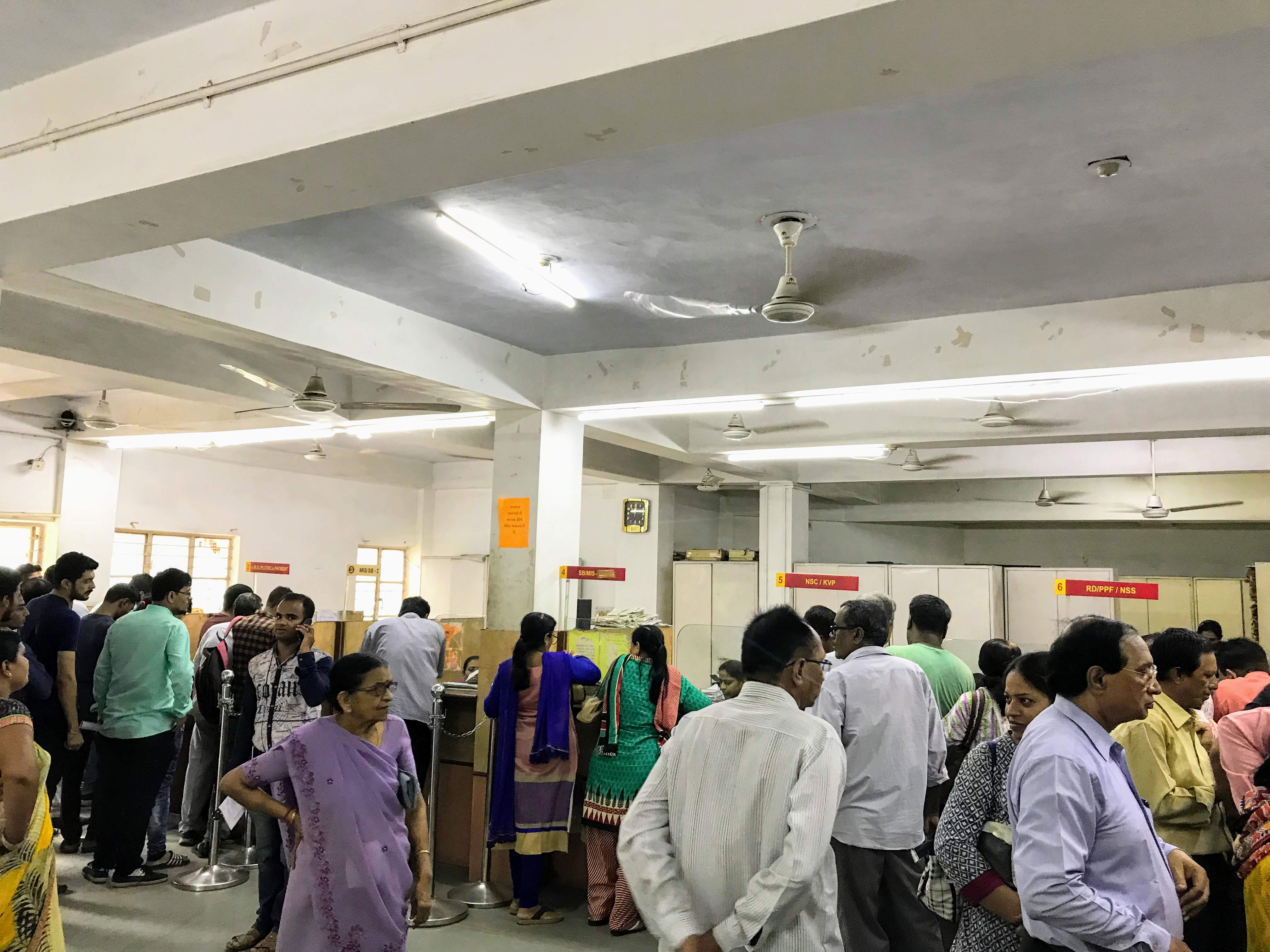 About 190 million Indians do not have a bank account. Photo courtesy: Kunal Trivedi

However, the excess cash balance is transferred to the post office savings bank account which is more focussed on returns from small savings compared to the IPPB which pays particular attention on transactions, thus complementing each other.

The IPPB, set up with a Rs 8-billion corpus, within just a few months of its launch, has proved to be a game-changer for the banking sector and given regular banks a run for their money as they together have only 50,000 branches. Indeed, the DoP has replicated the success of the Japan Post Bank and the Postal Saving Bank of China.

In terms of reach and network, the IPPB - doorstep banking enabled through postmen - has become the largest bank, not only leaving behind popular lenders like State Bank of India, HDFC Bank, ICICI Bank, Punjab National Bank and others but also realizing its objective of being the most accessible, affordable and trusted bank for the common man.

IPPB has so far rolled out 135,000 access points in post offices across the country with just 20,000 post offices now awaiting connection, and significantly, about 110,000 of these Access Points are located in the rural areas.

Over 350,000 postmen or last-mile delivery agents or gramin dak sevaks have been trained and certified to provide doorstep banking services and to promote financial literacy in the rural areas for which they are also being given monetary incentives - for both assisted and self-service transactions.

Since its launch less than a year ago, IPPB with a better infrastructure has seen good adoption of its services. Over 4 million customers have opened savings accounts and are availing banking services like money transfer, bill payments, cash deposits and withdrawal at their doorstep.

Over one million customers have also downloaded IPPB Mobile Banking App and are now equipped for self-service digital banking transactions. IPPB customers have so far made over 3 million transactions valuing in excess of Rs 1 billion. More than 200,000 bill payments have also been processed by IPPB, according to the government. 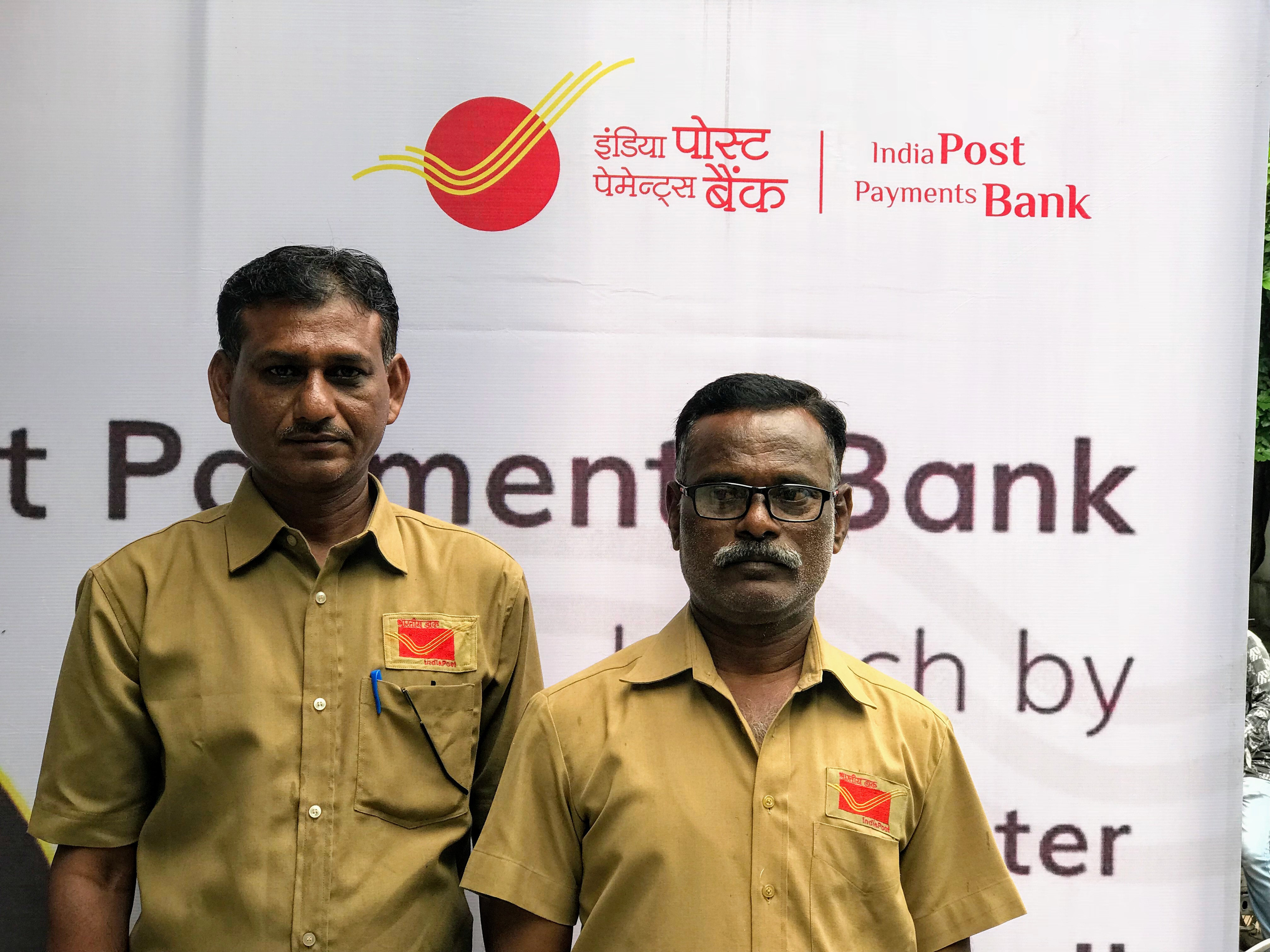 The role of postmen has become very significant with the successful rollout of the IPPB. Photo courtesy: Kunal Trivedi

The postman has a vital emotional connect and is almost part of every family in villages, and the role of postmen is very significant in the successful rollout of the IPPB to make financial inclusion possible for every Indian.

What makes the IPPB politically significant is its direct connectivity with rural people, particularly social sector beneficiaries, migrant labourers, low-income households, small businesses, panchayats and other unorganised sector entities as well as the unbanked and under-banked segments who are now given doorstep payment and remittance services.

Thanks to its large on-ground workforce, the IPPB is able to avoid some of the regulatory pitfalls faced by other payment banks like Paytm Payments Bank and Fino Payments Bank who were asked to stop taking new customers temporarily due to violations of the know-your-customer rules.

Five years ago, the federal finance ministry had stalled the DoP move to convert the post-office network into a retail bank, despite the Reserve Bank of India supporting the plan.

But it was only in 2016 that the federal cabinet cleared a long-standing proposal to set up the IPPB, the third entity to receive payments bank permit after Airtel and Paytm, with the result that two pilot projects were started at Raipur and Ranchi in January 2017. 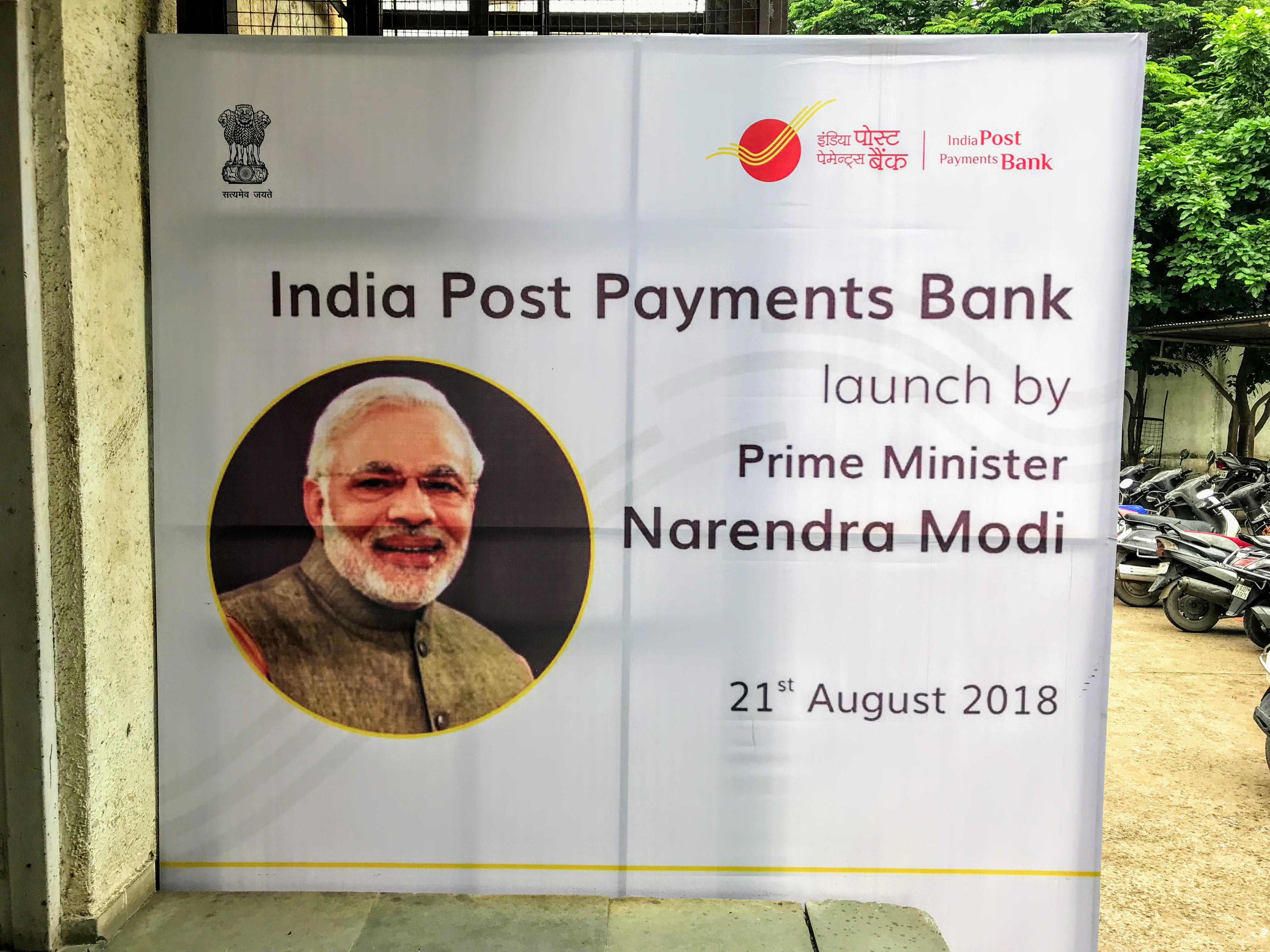 In other words, the humble, friendly, neighbourhood postman who had been reduced to an anachronism in the age of the internet now plays a significant role in once again bringing smiles on the faces of villagers and urbanites alike by providing at their doorsteps smart and quick financial services with high-tech portable devices.