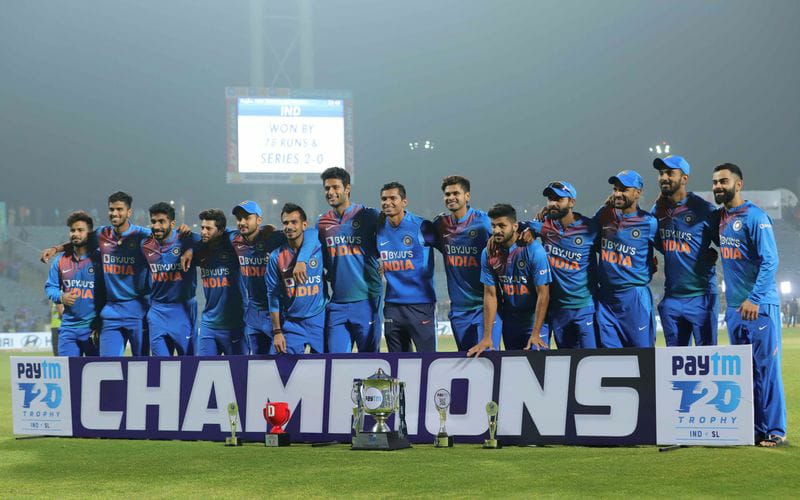 It was as easy as it comes for India as they comfortably wrapped up a 2-0 T20I series win against an underperforming Sri Lankan side. After a washout in the first T20I at Guwahati and then a comprehensive 7-wicket win the second match at Indore, the Men in Blue raised the bar further with a massive 78-run win in the Pune T20I.

Winning the toss, Lasith Malinga put Virat Kohli’s men in to bat first and instantly regretted the decision. Openers Shikhar Dhawan and KL Rahul amassed 30 runs each in the Powerplay and before long had raced to a 97-run partnership off just 65 balls.

#TeamIndia have got off to a great start here in Pune as the openers bring up a solid 50-run partnership between them.

FIFTY!@klrahul11's on song as he brings up his 9th T20I half-century off 34 deliveries here in Pune.#INDvSL pic.twitter.com/yPWeStSqi4

Sri Lanka had definitely pulled things back but the start given by the openers meant that Virat Kohli’s measured 26 off 17 balls and Manish Pandey’s solid 31* off 18 balls was already pushing India to a sizeable total.

Unlike the Indian batsmen, the Lankans had a disastrous start to their innings and any real hopes of chasing the massive total suffered a major blow as they tottered at 26/4 in the sixth over.

Sri Lanka 15/3 after 4 overs - courtesy wickets from Bumrah and Shardul followed by Manish Pandey with a run out.

Angelo Mathews and Dhananjaya de Silva gave the innings some semblance of respectability with a 72-run fifth-wicket partnership but the visitors were never really in the game.

After a great show with the bat, @imShard is having a decent one with the ball too.

He picks up his second wicket of the game.

It was all over by the 16th over for the Lankans as they were dismissed for 123. Navdeep Saini taking 3/28 and Thakur and Washington Sundar claiming two wickets apiece. India winning by a massive 78 runs to take the series 2-0.

Saini picks up his THIRD. Sri Lanka are all out for 123 runs.#TeamIndia win by 78 runs and win the series 2-0 👏🎉#INDvSL pic.twitter.com/5XwoXPeNBx 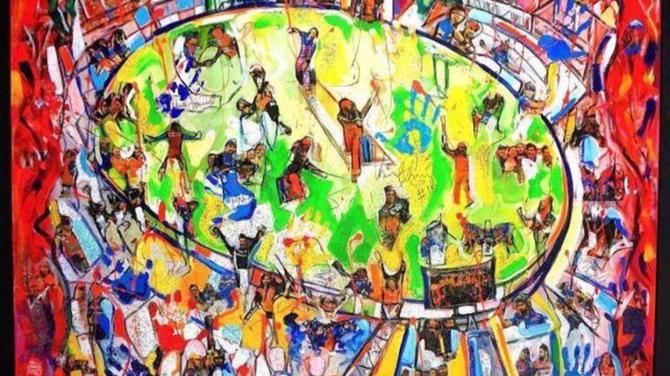