India and Sri Lanka's  1st T20I in Guwahati was abandoned due to damp weather, but spectators at the  Barsapara Cricket Stadium, warmed the hearts of Indian fans all over the world by breaking into impromptu singing of A. R. Rahman's version of 'Vande Mataram'. 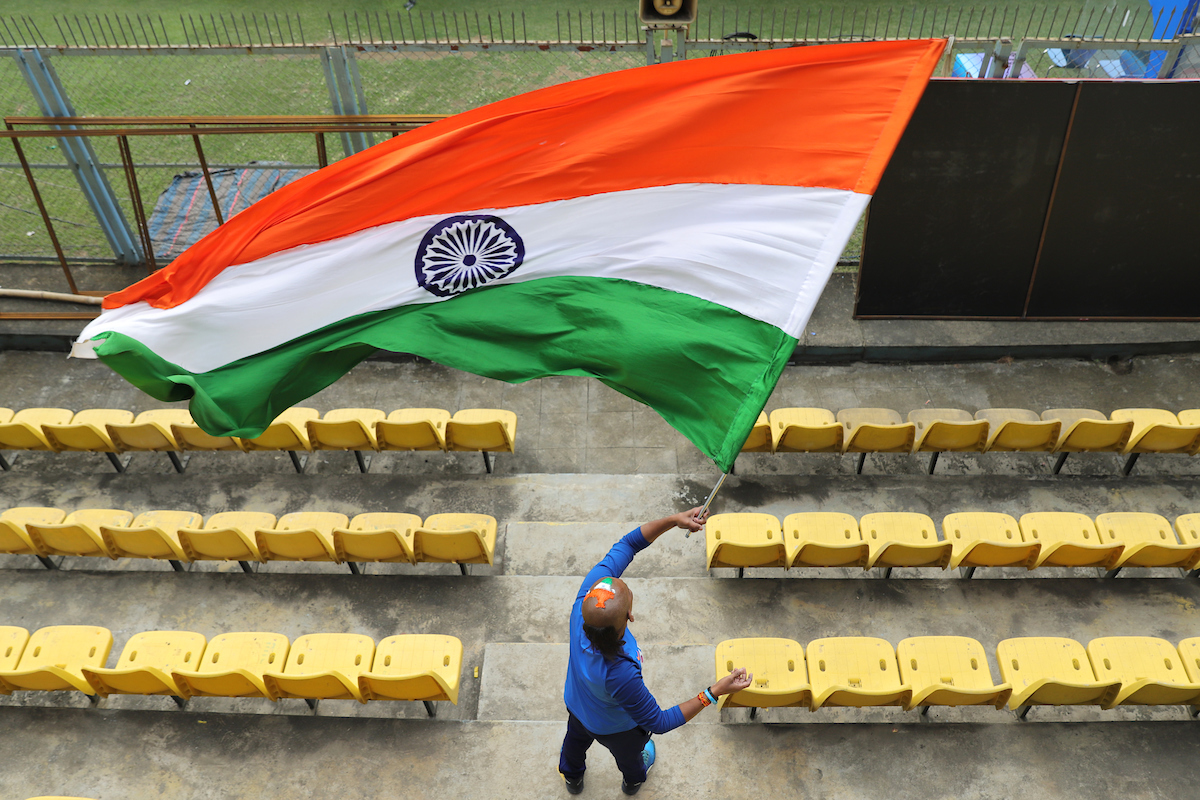 Indian fans were geared up and raring to cheer the team at India's first Twenty20 International (T20I) of the year 2020. Photo Courtesy: BCCI Twitter

Indian captain Virat Kohli had won his first toss for the new decade and had chosen to field. But the heavens opened up soon after the toss resulting in an announcement that the match would be delayed due to rain.

Captain @imVkohli has won the toss and elects to bowl first in the 1st @Paytm T20I against Sri Lanka.#INDvSL pic.twitter.com/V2a6ujWHrK

The ground was still damp and the outfield worse when the two captains and match officials inspected the pitch more than an hour later, resulting in the match being abandoned due to rain.

One would have expected fans to be morose when it rained on their match, without a single ball being bowled, but not the Guwahati fans.

With their mobile torches held high they rendered a goosebumps raising  ‘Vande Mataram’, singing as one voice in a salute to their motherland India.

The weather was damp but this video, posted by BCCI on social media, captioned 'Guwahati, you beauty',  is sure to warm many hearts.

Indian and Sri Lankan teams will travel to Indore for the next T20I which is scheduled to be held on Tuesday as part of this three-game series.