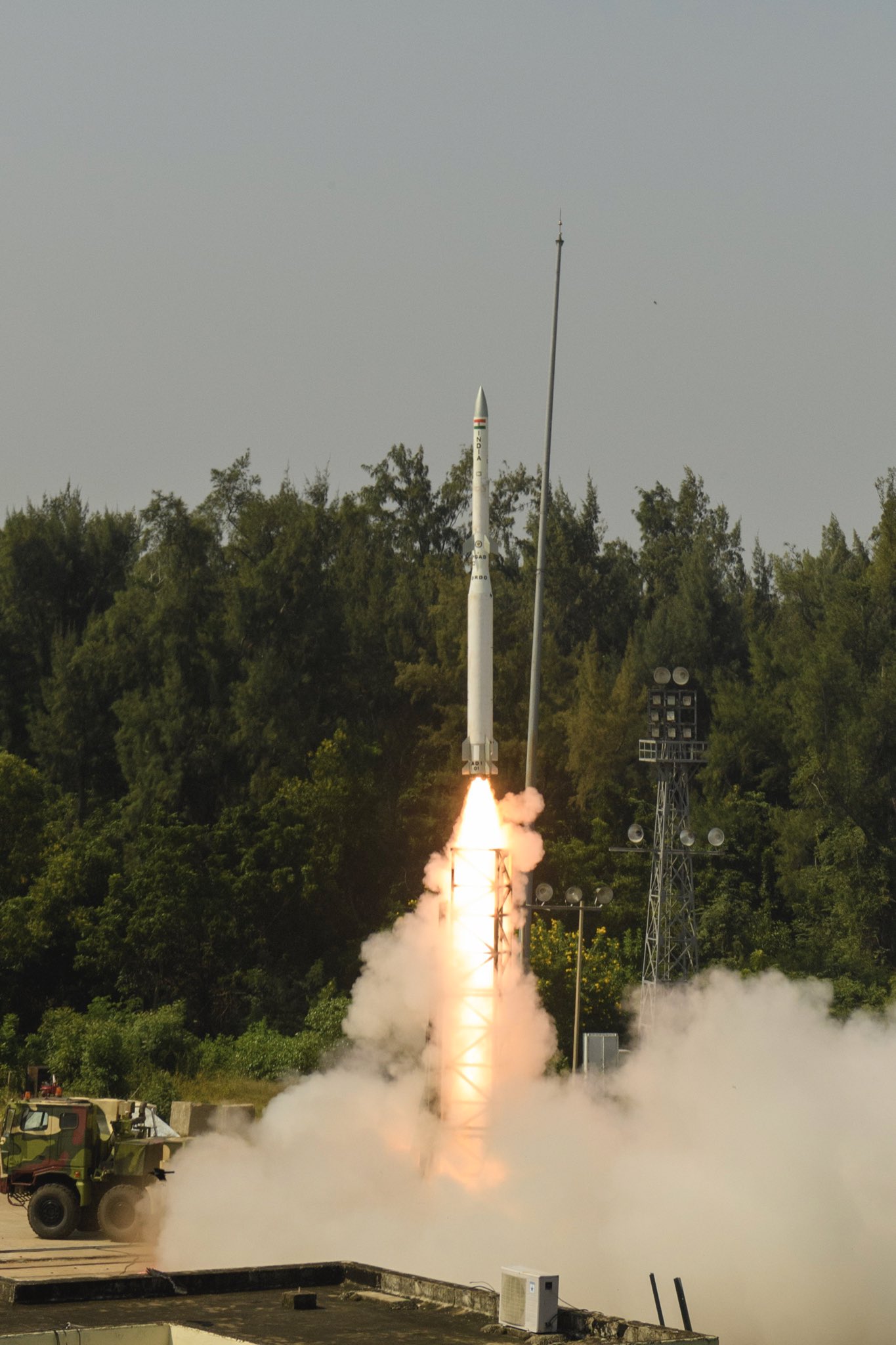 The Defence Research and Development Organisation (DRDO) successfully tested for the first time a long-range interceptor missile, called AD-1, designed for both low exo-atmospheric and endo-atmospheric interception of ballistic missiles and fighter planes, officials familiar with the matter said.

Defence minister Rajnath Singh described the missile as a “unique type of interceptor” equipped with advanced technologies available only with a few countries.

India has made significant advances in developing endo-atmospheric and exo-atmospheric intercept systems to destroy incoming hostile missiles within and outside the atmospheric limits, respectively. The two systems have been integrated for a multi-layered defence against ballistic missiles, the officials said.

The phase-II BMD interceptor AD-1 missile with a “large kill altitude bracket” was tested from the APJ Abdul Kalam Island off the Odisha coast. “The flight test was carried out with participation of all BMD weapon system elements located at different geographical locations,” the ministry said in a statement.

India is pursuing its BMD programme in two phases – the first phase has been completed while the second is underway, the officials said. The second phase is for validating intercept systems in a new range category, they said.

The AD-1 missile is propelled by a two-stage solid motor and equipped with an indigenously-developed advanced control system, and navigation and guidance algorithm to precisely guide the vehicle to the target, the ministry said.

“During the flight test, all the sub-systems performed as per expectations and were validated by the data captured by a number of range sensors including radar, telemetry and electro-optical tracking stations deployed to capture the flight data.”

The defence minister said the new missile will further strengthen the country’s BMD capability to the next level, even as DRDO chief Samir V Kamat said the interceptor will provide immense operational flexibility to the users to engage different types of targets.

The integrated exo and endo-atmospheric systems offer a hit-to-kill probability of 99.8 per cent, as previously reported.