India has been testing around 23.7 people per lakh for COVID-19, much higher than the World Health Organisation’s (WHO's) recommended guidelines of testing 14 people per lakh population, the Indian Council of Medical Research (ICMR) stated in the second edition of its internal newsletter, e-Samvaad.

“The testing has also been increased in the areas where the infection is more than 10 per cent,” the country’s apex health research body said. 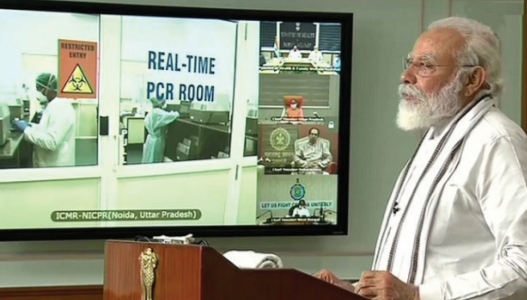 In the editorial titled ‘ICMR breaks the global perception in war against COVID-19’, the government body said, “Though the number of infections has registered an increase over the last two months, this is happening solely due to enhanced testing. India has so far tested over 1.5 crore (150 million) samples.”

According to ICMR, the newsletter is being published with the aim of providing the “latest updates from the ICMR’s initiatives and institutes across the country”. It also reported the opening of new testing laboratories in  Mumbai, Kolkata and Noida which were inaugurated by Prime Minister Narendra Modi.