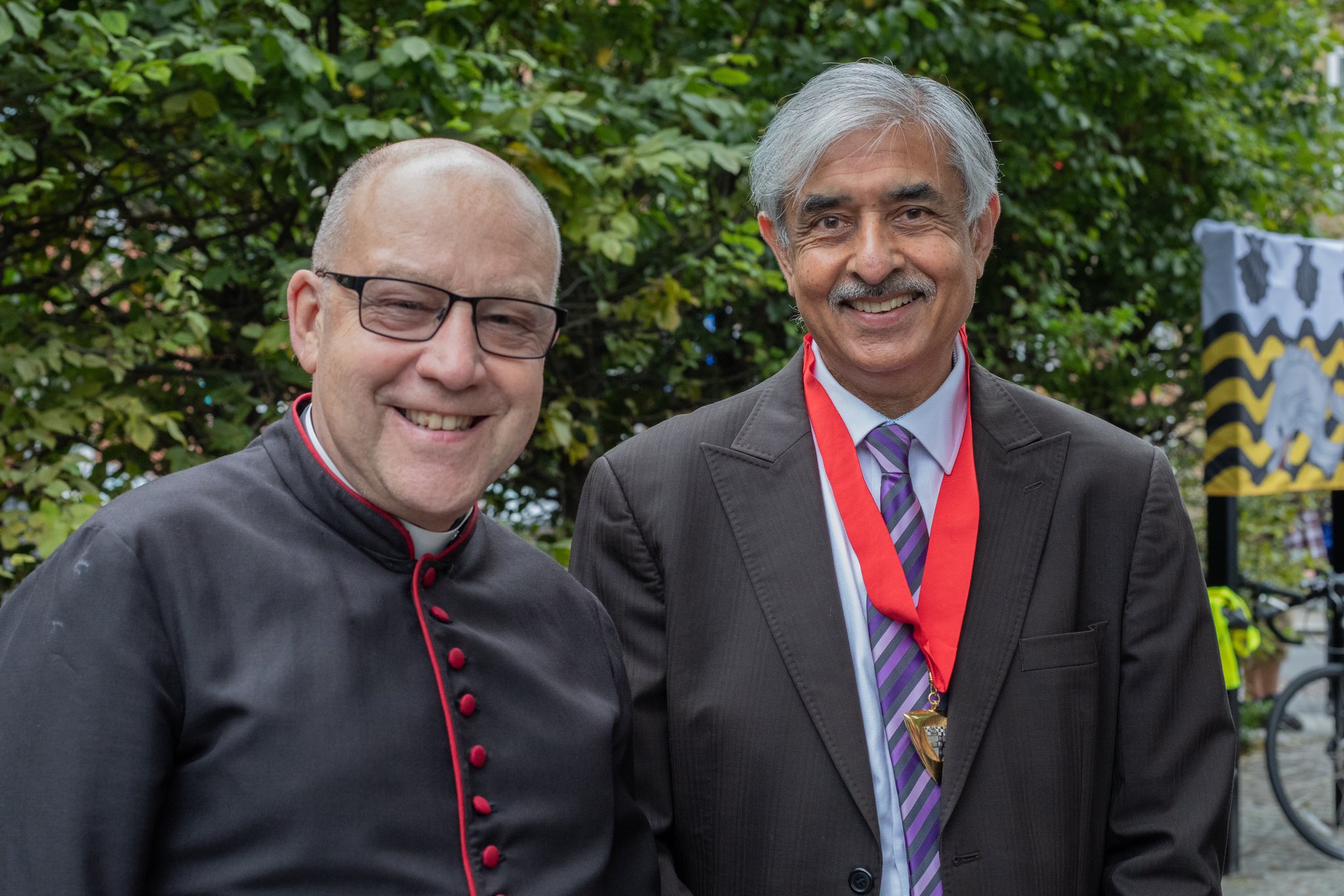 Sunil Chopra (right) has been living in London for over four decades and is actively involved in local community work. Photo courtesy: Twitter/@AmirEden1993

Chopra took the oath on Saturday at Southwark Cathedral, Montague Close in Central London. Chopra was the mayor of the London Borough of Southwark in 2014-2015, and deputy mayor in 2013-2014, the first Indian-origin person to hold the prestigious office in the Borough.

UK's Labour Party has gained victory over the Liberal Democrats in London Bridge and West Bermondsey seats under Chopra's leadership. These seats were held by the opposition party for decades. This victory is important as the London Borough of Southwark Council has only 2 per cent Indian-origin people.

Chopra entered UK politics in 2010 and was elected as the mayor of the London Borough of Southwark for the first time in 2014. He has also served as the Deputy mayor three times. His political journey started long before that in the 1970s in Delhi.

He became the first president of the College of Vocational Studies, Delhi University in 1972. While pursuing LL.B. in 1973-74, he held the position of Supreme Councillor at Delhi University. Later, he also became NSUI (National Students Union of India) president for New Delhi.

Chopra has been living in London for over four decades and is actively involved in local community work. In 1979, after moving to the UK, Chopra started a retail enterprise shop that grew into a wholesale business of children's garments and baby products.