The Indian Air Force (IAF) contingent was inducted for the biennial Dubai Air Show participation slated from November 14 to 18 at the Al Maktoum International Airport. 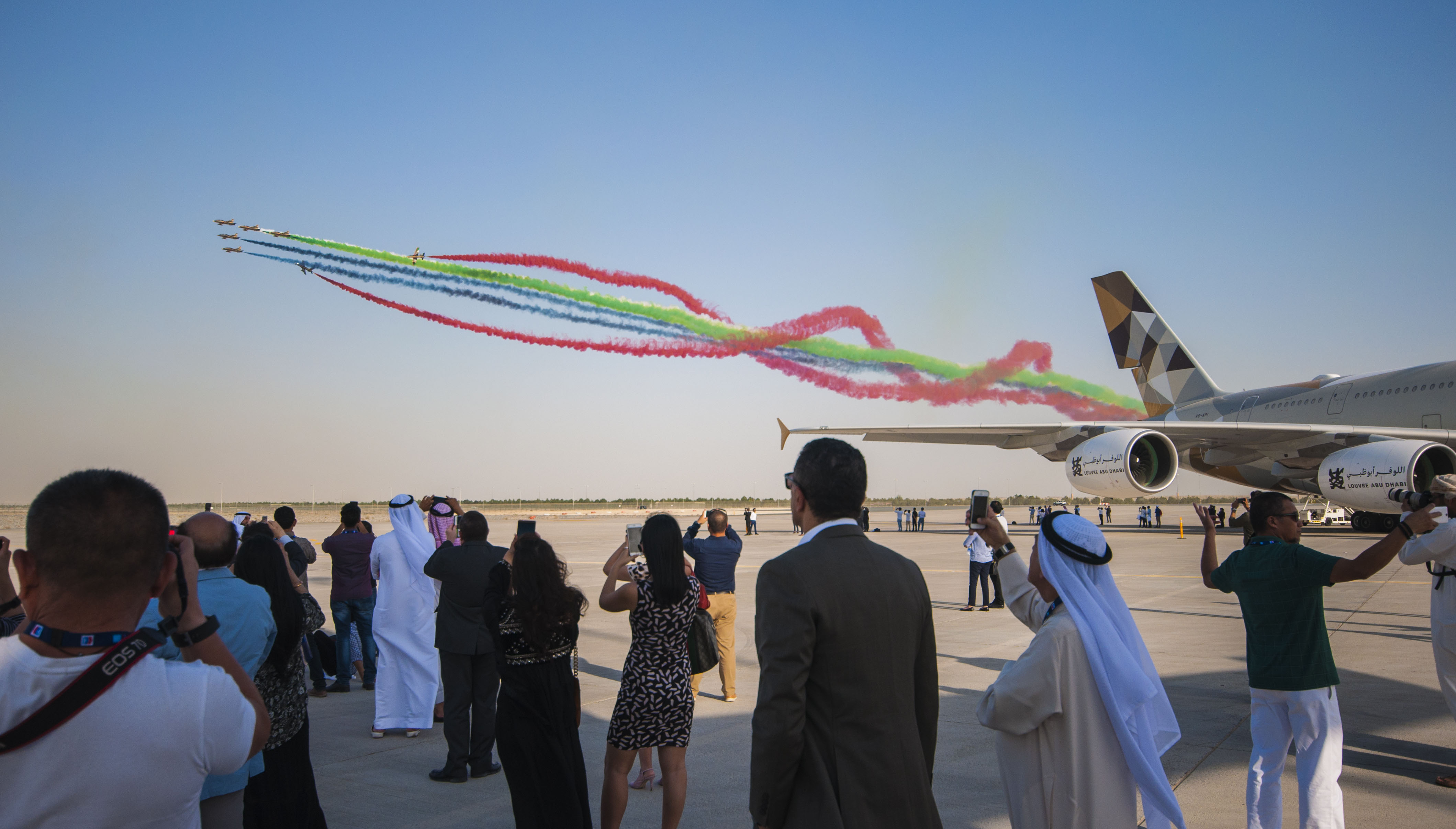 The IAF has been invited by the Government of UAE to participate with the Sarang and Suryakiran Aerobatic Teams, PSU news reported.

These teams will be performing along with some of the best aerobatics and display teams in the world, including the Saudi Hawks, Russian Knights and the UAE’s Al Fursan. In addition, the IAF’s Light Combat Aircraft (LCA) Tejas shall be part of the aerobatics and static displays during the show.

The induction of five Advanced Light Helicopters (ALH) Dhruvs of the Sarang Team, 10 BAE Hawk 132s of the Suryakiran Team and the three LCA Tejas was completed by November 9.

The induction was supported by the IAF’s C-17 Globemaster IIIs and C-130J Super Hercules. On arrival, the contingent received a warm welcome by H. E. Staff Maj Gen Staff Pilot Ishaq Saleh Mohammed al-Balushi of the UAE Armed Forces and other officers of the UAE Air Force.

The teams are now preparing for the opening ceremony on November 14.

While the Sarang Team has previously participated in the Al Ain Grand Prix in UAE in 2005, the Dubai Air Show will be the first occasion for the Suryakirans and the Tejas to show off their swashbuckling aerial manoeuvres here.