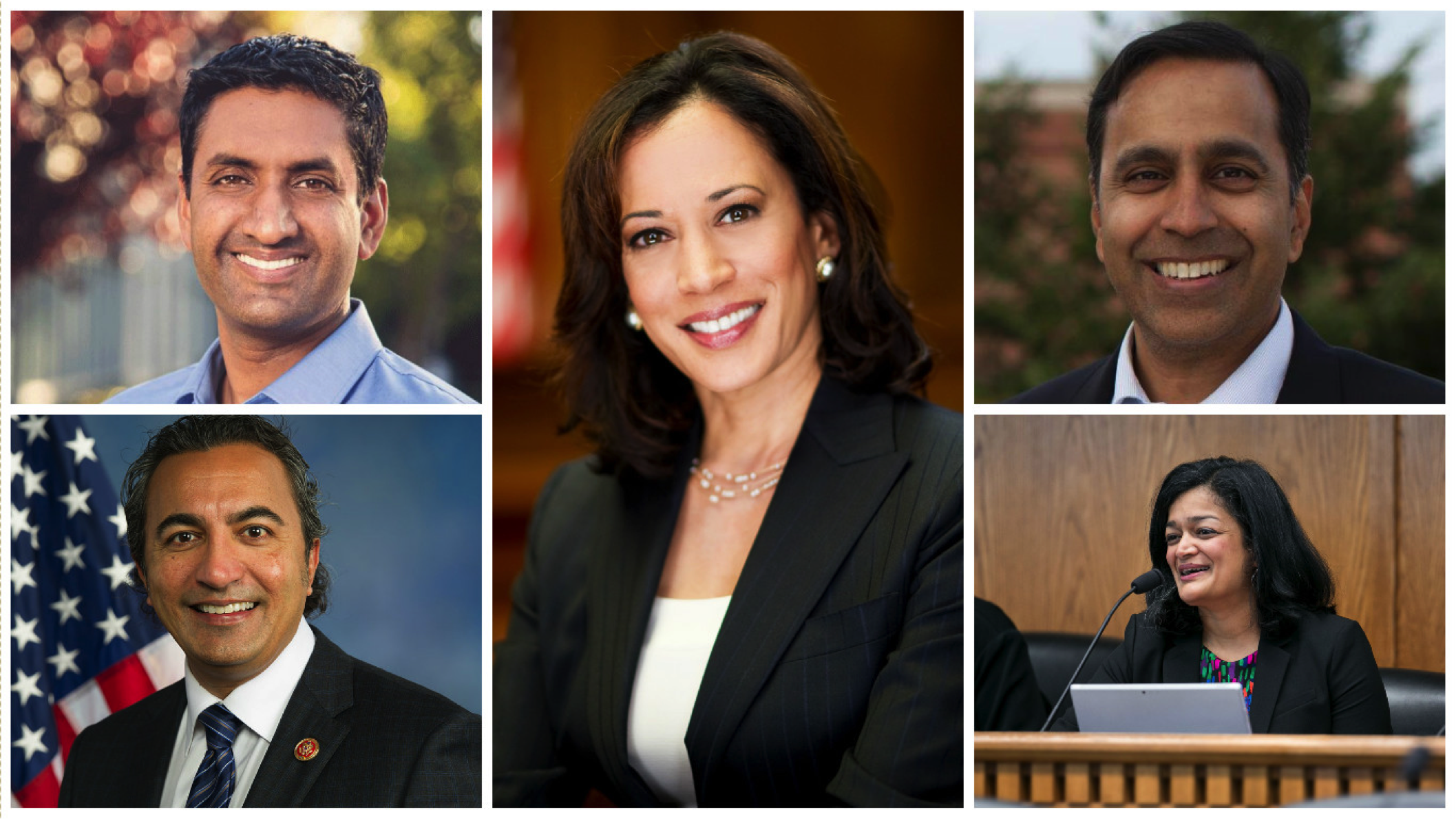 From one congressman to five congress persons in one election, Indian Americans made a big statement in the US Elections of 2016. All of them democrats. In our debut-day story, also the voting day, November 8 we did talk about the 'Likely Four' in the article:

Except for Senator-elect Kamala Harris, Indian American community now has four members in the U.S House of Representatives.

Ami Bera, the lone member of the outgoing House has won his California seat narrowly while Raja Krishnamurthi from Chicago, Pramila Jayapal from Washington and Ro Khanna from California will be fresh Indian Americans faces in the U.S legislature.

“This is a moment that challenges us and I know we will rise to the occasion. We must not despair. We must not be overwhelmed or throw up our hands. It is time to roll up our sleeves and fight for who we are!” Ms Harris said after the results.