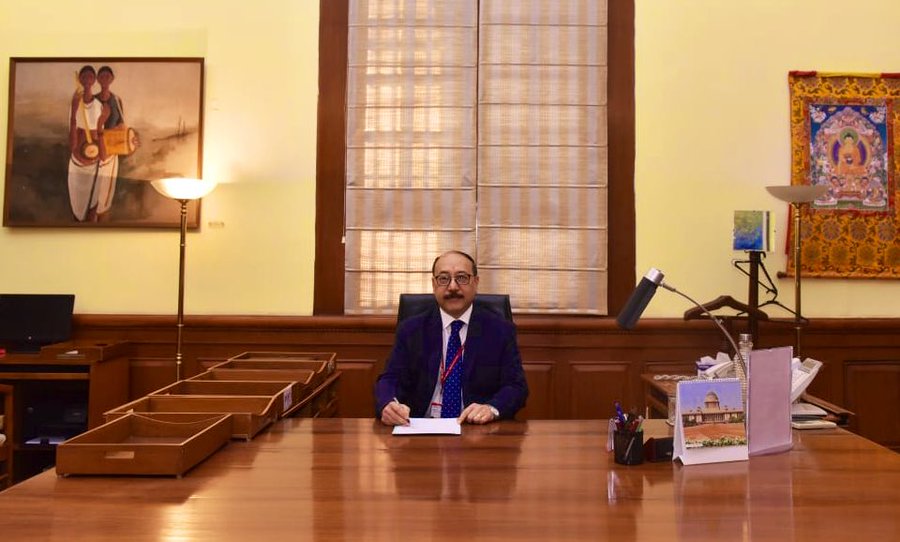 His tenure comes at a time when India is facing a plethora of foreign policy challenges including ramping up of diplomatic outreach in the wake of criticism by some countries and global institutions of the new citizenship law and actions in Jammu and Kashmir.

India is also facing an increasingly assertive Trump administration and China’s attempt to expand its military and economic influence in the region.

Speaking to reporters ahead of taking the charge, Shringla, a 1984-batch officer of the Indian Foreign Service (IFS), said he has been committed to the ministry’s role in nation-building since he began his career almost 36 years ago.

“I look forward to functioning under the guidance of the Prime Minister (Narendra Modi) and the External Affairs Minister (S Jaishankar), our political leadership and with the support and cooperation of my colleagues both within the ministry and outside,” the 57-year-old diplomat said.

"I am as committed to @MEAIndia’s role in nation building as I was almost 36 years ago when I first entered these very portals as a young probationer" - FS @HarshShringla as he took charge as Foreign Secretary pic.twitter.com/tSgDmD9L31

The government did not follow the seniority principle in appointing Shringla to the top post. Indian High Commissioner to the UK Ruchi Ghanshyam, a 1982-batch IFS officer, was also in contention for the post.

“Foreign Secretary Vijay Gokhale set impeccably high standards, and Dr Jaishankar who we know is one of the leading authorities on foreign policy in India and anywhere in the world,” Shringla said, speaking about his two predecessors.

In the course of a diplomatic career spanning 35 years, Shringla has held a variety of positions in New Delhi and abroad, and is considered an expert on India’s neighbourhood.

Shringla also served as Joint Secretary in the Ministry of External Affairs and headed the United Nations Political and SAARC divisions in the ministry.

A graduate of the prestigious St Stephen’s College of Delhi University, Shringla has also worked in the corporate and public sectors prior to joining the Indian Foreign Service.