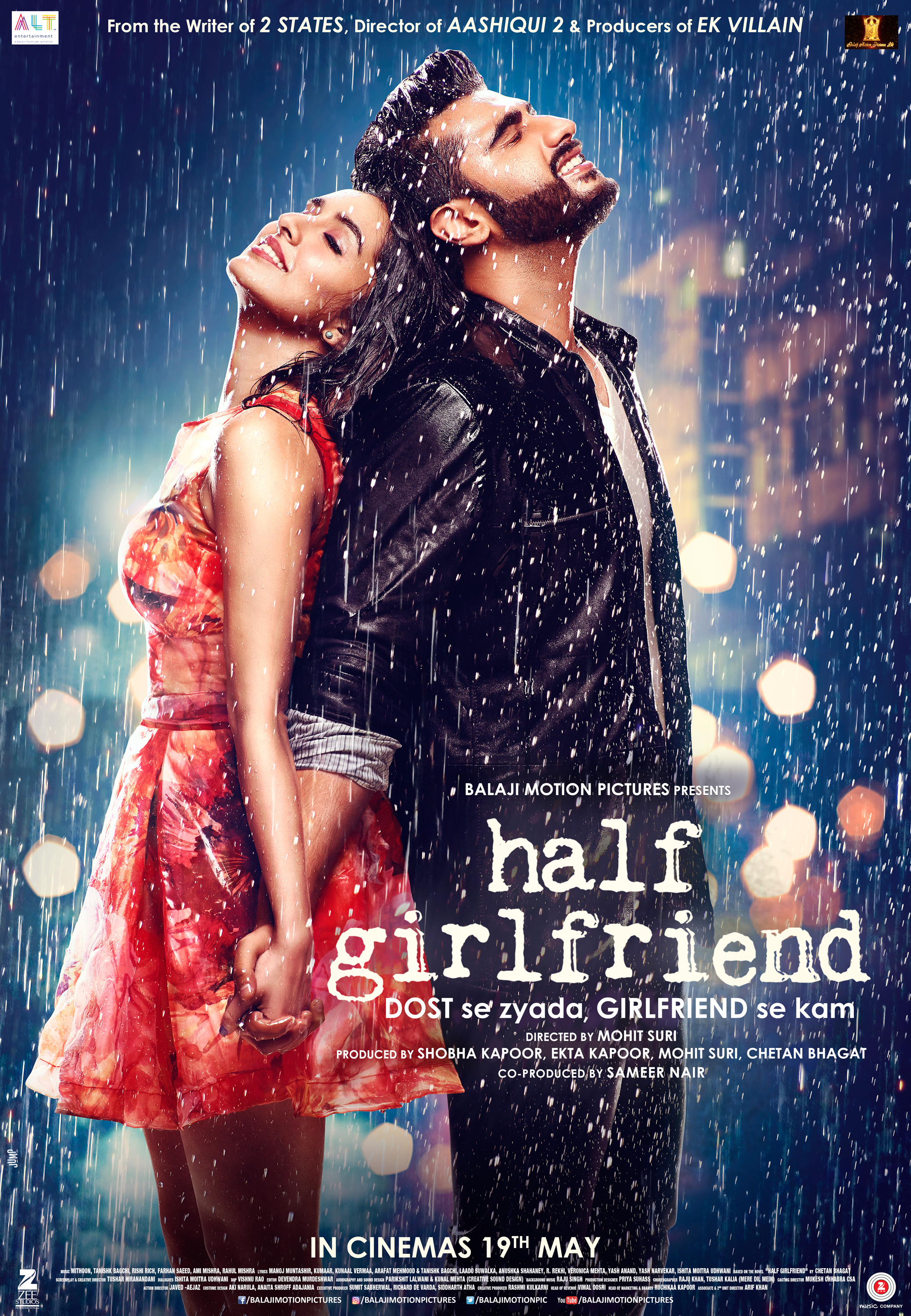 The movie is releasing worldwide on May 19.

All set to hit the screens worldwide on May 19, Half Girlfriend is a romantic drama based on the novel of the same name written by Chetan Bhagat, whose books made into films include Kai Po Che, 2 States and Kick. Directed by Mohit Suri of Woh Lamhe fame, the movie features Arjun Kapoor and Shraddha Kapoor in the lead roles.

A tale of friendship, more than friendship but less than love! 😀 Now only 5 & a half days to go. #HalfGirlfriendOn19thMay pic.twitter.com/fgj5c3acSh

Bhagat describes Half-Girlfriend as “a unique Indian phenomenon, where boys and girls are not clear about their relationship status with each other”. According to the writer, a boy may think he is more than friends with the girl, but the girl is still not his girlfriend. Hence, he named the book Half-Girlfriend.

Arjun Kapoor has a different way of describing Half-Girlfriend. Find out here:

The music of the film, which is already trending all over the internet, includes  Mithoon, Rishi Rich, Farhan Saeed, Tanishk Bagchi and Raju Singh.

In Singapore, the movie is being distributed by Zee Studios International.