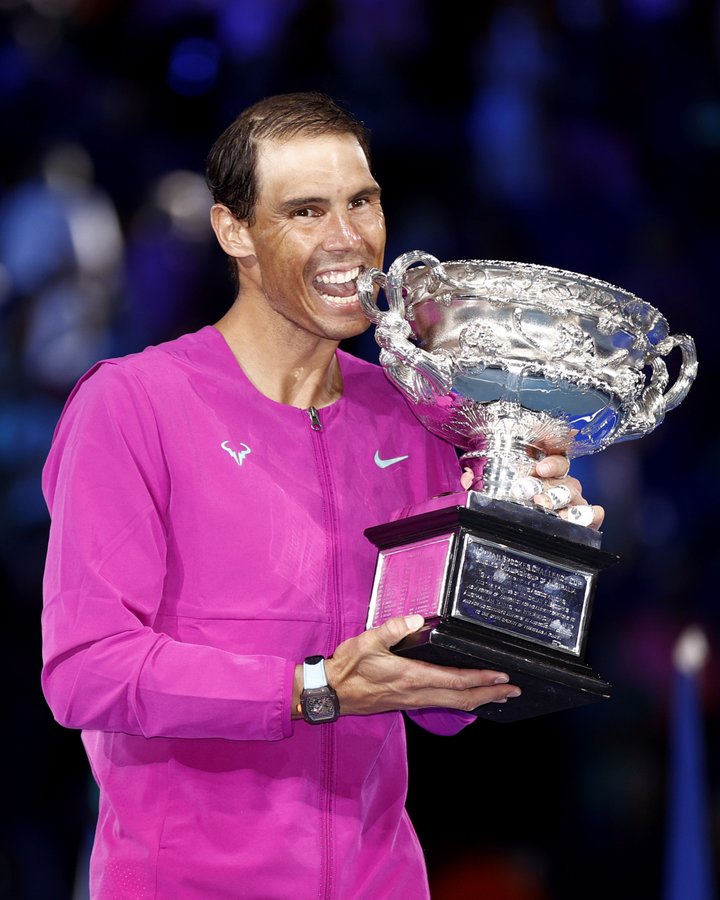 Nadal now has 90 ATP titles under his belt and has won all four Grand Slams twice. Photo courtesy: Twitter/@AustralianOpen

The Spaniard has claimed his record-breaking 21st Grand Slam title, breaking the tie with Djokovic and Federer. Nadal now has 90 ATP titles under his belt and has won all four Grand Slams twice.

"What a match! To my friend and great rival, Rafael Nadal. Heartfelt congratulations on becoming the first man to win 21 Grand Slam singles titles," Federer said in a social media post.

Djokovic had been top seeded in the draw for the Open but was unable to play, deported from Australia on the eve of the tournament in a dramatic dispute over the country's COVID-19 entry requirements and his unvaccinated status.

Djokovic posted on his social media: "There has been some outstanding tennis played at this year's Australian Open and the finals were exceptional. Congratulations to Ashleigh Barty for an amazing performance in front of her home crowd and Danielle Collins for an incredible tournament. Congratulations to Rafael Nadal for 21st GS. Amazing achievement. Always impressive fighting spirit that prevailed another time. Enhorabuena.

"Daniil Medvedev gave it hit all out there and played with the passion and determination we have come to expect from him."