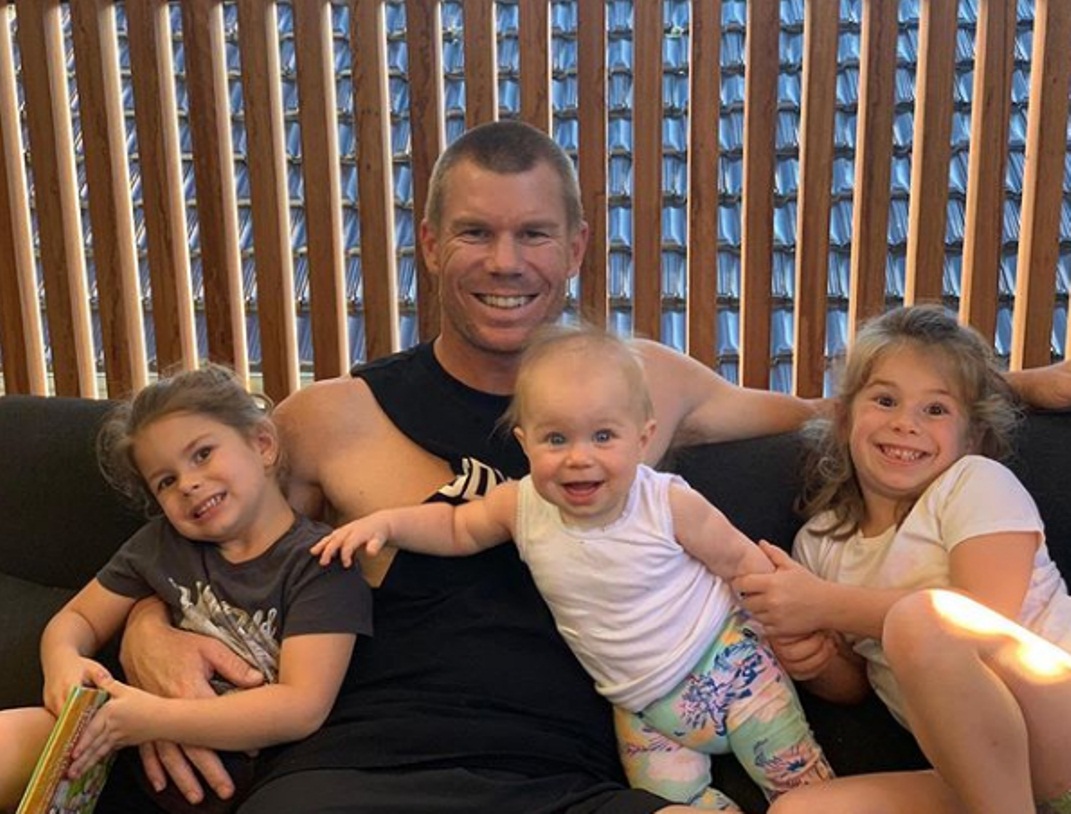 Australian opener David Warner is finding new ways to entertain his fans and himself in times of lockdown. His TikTok videos are a huge hit on the video sharing app.

In this new video, dressed outlandishly, Warner is seen exercising with his kids.

Workout Thursday!! Beat this one everybody! #family #alwaystraining

His previous video showed him dancing to the song Pump Up the Jam, where he is seen using what looks like a balloon pump in a jam bottle. This video led to a hilarious exchange between Warner and his former teammate Mitchell Johnson, who trolled the opening batsman saying, “I would say you’ve officially lost it but not sure if you ever had it Bull.”

In response, Warner said, “That’s very true mate. I just didn’t understand the song, really thought it could be pumped up.”

Warner, who has close to 3 million followers on Instagram and has been posting his TikTok videos almost everyday, seems to be really enjoying his outing on social media.

His Indian fans have been particularly enjoying his videos where he dances to popular Telugu songs with his wife and kids.

He and she are back again 😂😂 @candywarner1 thoughts?? What’s the song?? #challengeaccepted #next #family #fun @alluarjunonline

Warner was to captain Sunrisers Hyderabad in this year’s edition of the IPL before the tournament got indefinitely postponed due to the coronavirus pandemic.