GetActive Singapore kicks off in the lead-up to National Day

In the lead-up to National Day, the 12-day GetActive! Singapore was launched by Culture, Community and Youth Minister Grace Fu at Padang yesterday, according to a report by Todayonline.

The movement, aimed at spreading a love of sports among the public, boasts 291 sports-related events under the Active Enabler programme, which supports community-led sporting projects in the form of grants and endorsements. Compared to last year, there are around 50 more activities, with more focus on greater inclusivity and more ground-up initiatives.

There are also 20 sports and 10 para-sport competitions to be held as a prelude to the biennial Singapore National Games, which will happen next year. 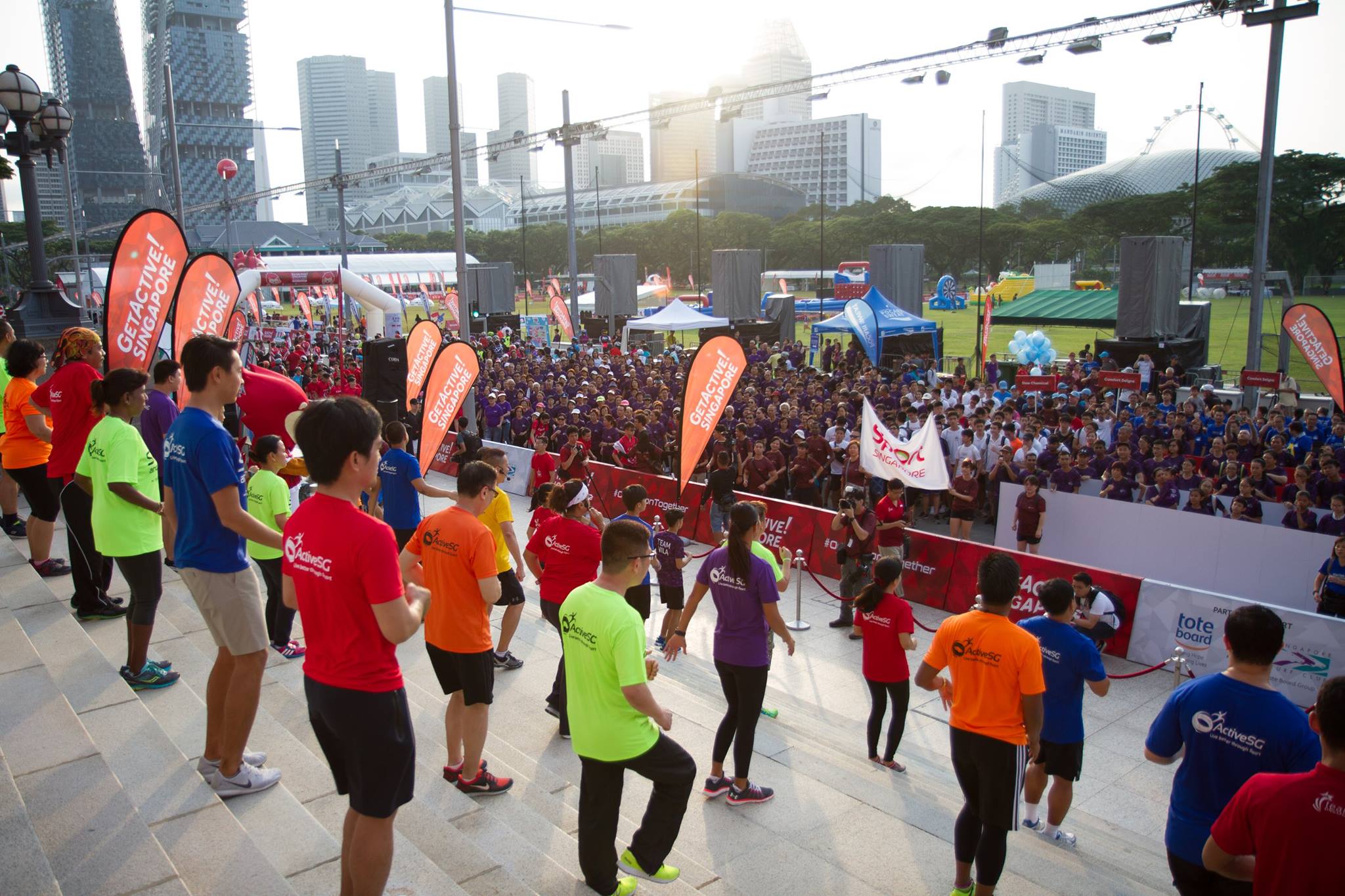 Minister Fu said at the GetActive! launch that she was heartened to see the initiative growing. “The inclusivity (of the movement) is also something I’m very happy to see. We saw sports catering to the disabled. We saw sports where the disabled and able played together. This is a very good development. We like to see this going on and sustained in the long run," said Fu, noting that there was something for everyone at the festival.

“This is going to be an annual season for us and with each season, we hope to see more people join us, more sports, more corporates bringing their employees in to embrace an active lifestyle the week before National Day,” she added.

10,000 participants arrived early morning at the Padang yesterday for the launch event. Some took part in a 5.2km walk/run flagged off by Minister Fu. There were various sports stations set up around the area, featuring traditional games like congkak and carrom, as well as designated areas for elderly people to practise tai chi.

The family-friendly event also saw parents watching their children play football, while others spent the morning cycling around the downtown area.

Sporting company SuperFit Global set up an National Service-styled obstacle course featuring things such as the low rope, monkey bars and low wall. This is in celebration of 50 years of National Service.

Transport company ComfortDelGro was represented by 1,000 people at the launch ceremony — 330 of whom were cabbies. Ang Wei Neng, chief executive officer of ComfortDelGro’s taxi business, said it was a good opportunity for its drivers to exercise together, especially because “cabbies drive all the time.”