Avani Prashanth is part of a growing crop of teen sports stars and a pathbreaker in Indian women’s golf. 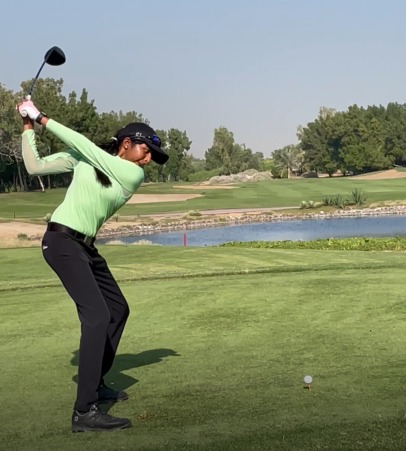 The Bengaluru-based teen has been selected for the Global Child Prodigy Award 2022 and has been excelling in golf tournaments since 2014. Photo courtesy: MS Prashanth

Avani’s golfing journey started when she was three and insisted on accompanying her father, MS Prashanth, to the golf course. Her grandfather was the one who convinced Prashanth to take her along. At the golf course, her father taught her how to hold a club and swing.

“I was a very active child and I loved spending time with my dad. He put a junior club in my hand and watched me hit for a bit and he was honestly amazed at my eye-hand coordination because it looked like I had been swinging the club forever,” Avani told Connected to India during an exclusive interview.

The rest, as they say, is history. And there is little doubt that this prodigious golfer will create more of her own too.

“We started taking Avani for the US Kids Golf European and World Championship from when she was six; I was her caddy,” Prashanth told Connected to India. “She was always very passionate about winning and would display a fighting spirit in tournaments. Secondly, she was very disciplined and her focus on fitness and nutrition was very good. All of these convinced us that she loved golf and was willing to do everything to be successful.”

Highlighting Avani’s incredible commitment to the sport, Prashanth recalled that when he approached his friend and IGU certified coach Nathan Sundaram to teach Avani, Nathan was reluctant as he felt she was too young.

“I insisted and Nathan taught her one little thing and told her to practice under the watch of a caddy,” Prashanth said. “We then walked off to play a round and returned four hours later after playing 18 holes only to find Avani still hitting the balls and the caddy complaining that she hadn’t stopped hitting and did not allow him to rest either.” 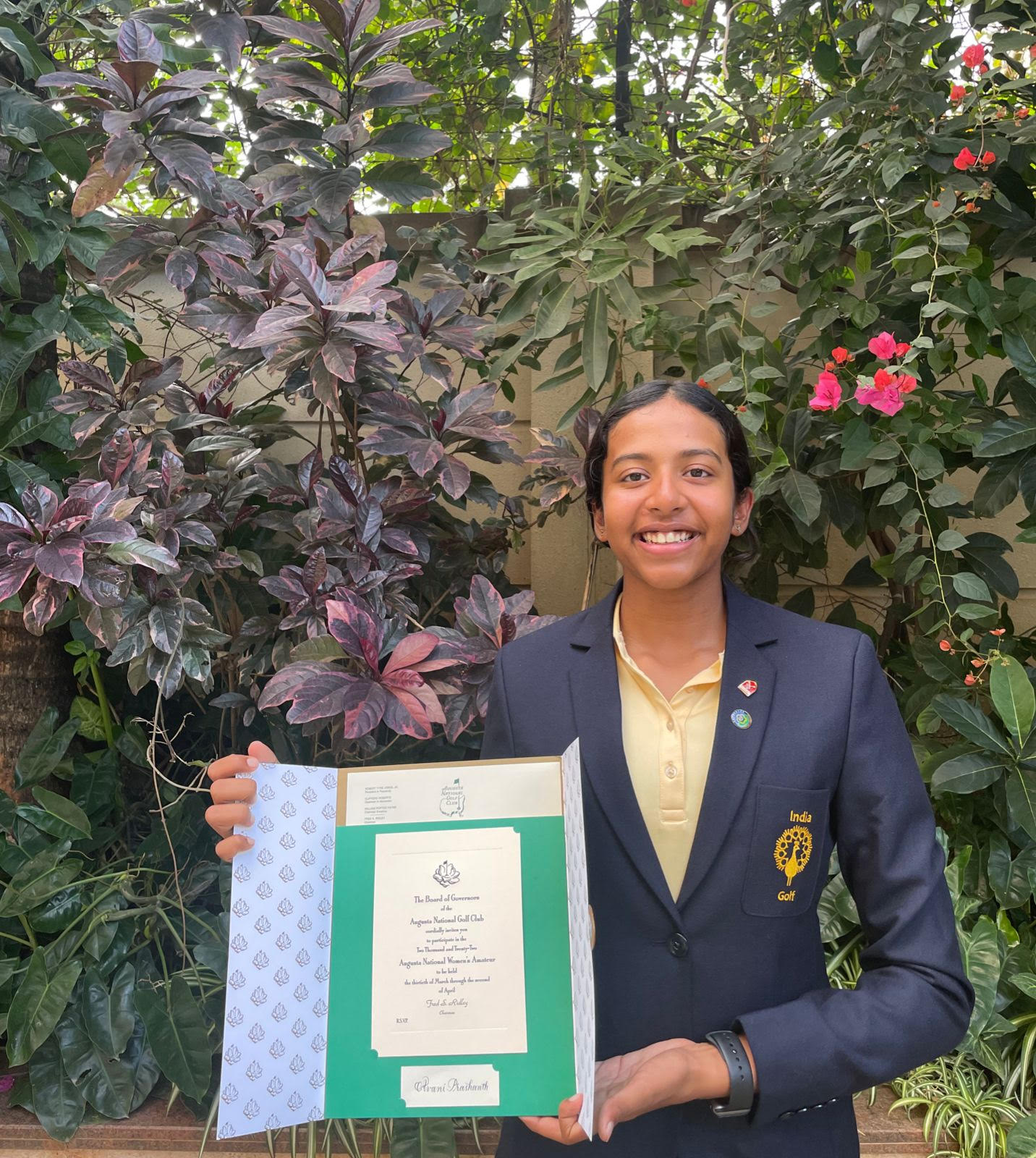 She also finished T16, at par with Girls ranked seventh and 18th in world amateur golf ranking, at the Women’s Amateur Asia Pacific Golf Championship in Abu Dhabi, and is currently ranked 119th in the world amateur golf ranking. But she’s the fifth highest ranked among 15-year-olds in the world and has now become the first Indian teen invited to play in the prestigious Augusta National Women’s Amateur.

For the uninitiated, the Augusta National Golf Course is one of the most if not the most hallowed golf courses in the world, located in the state of Georgia, US. To compete at Augusta is like playing for your country at Lords’.

It was the brainchild of American golfer Bobby Jones, who went on to win the golf majors even as an amateur.

In the last scene of the biopic ‘Bobby Jones, Stroke of Genius’, where Jim Caviezel portrayed Jones, the legendary golfer says something to the effect, “I became a golfer for my father, lawyer for my mother and this is what I will do for myself,” and the Augusta National Golf course was born.

For the 15-year-old,who is the number 1 amateur in the country, the invitation is a reward for her high world ranking fuelled by excellent performances on both the amateur and pro circuit in India and overseas. 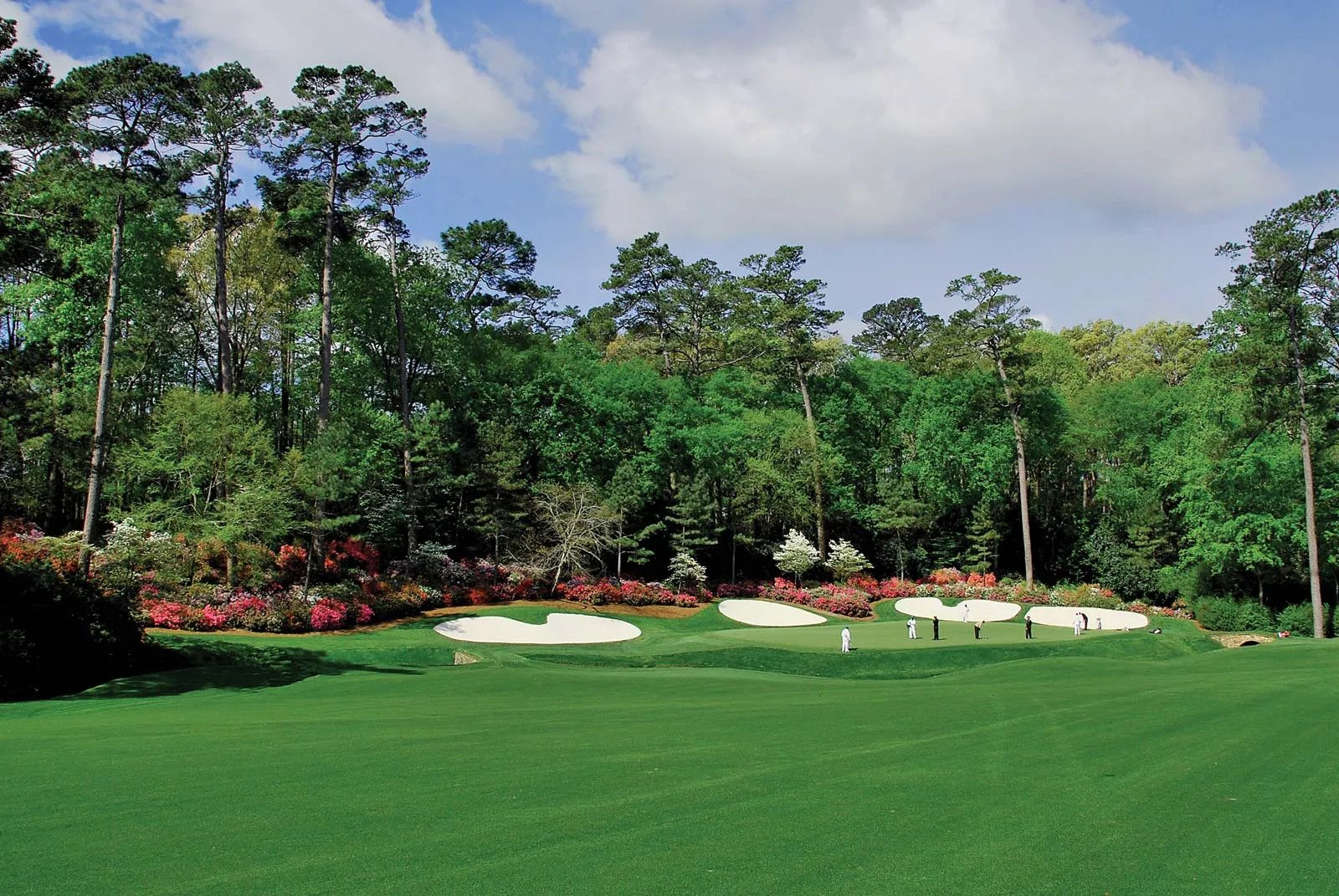 The Augusta National Golf Course is one of the most if not the most hallowed golf courses in the world, located in the state of Georgia, US. Dreamstime/James Fitzroy

“I was very, very excited when I got to know about the invitation,” Avani said.

“I spoke to Anirban Lahiri (Indian professional golfer, plays on the Asian Tour and PGA Tour.) and asked him for advice about what I can do to prepare for the tournament. He told me all the distinct features of the course and what I need to specifically prepare” she said.

Avani is also relishing the challenge of tackling the unfamiliar course.

“There’s no course in India which is similar, so all my practice will have to be done in the US,” she said. “I’ve been reading about the course and which holes to watch out for and also practicing the shots I’m likely to need over there.” 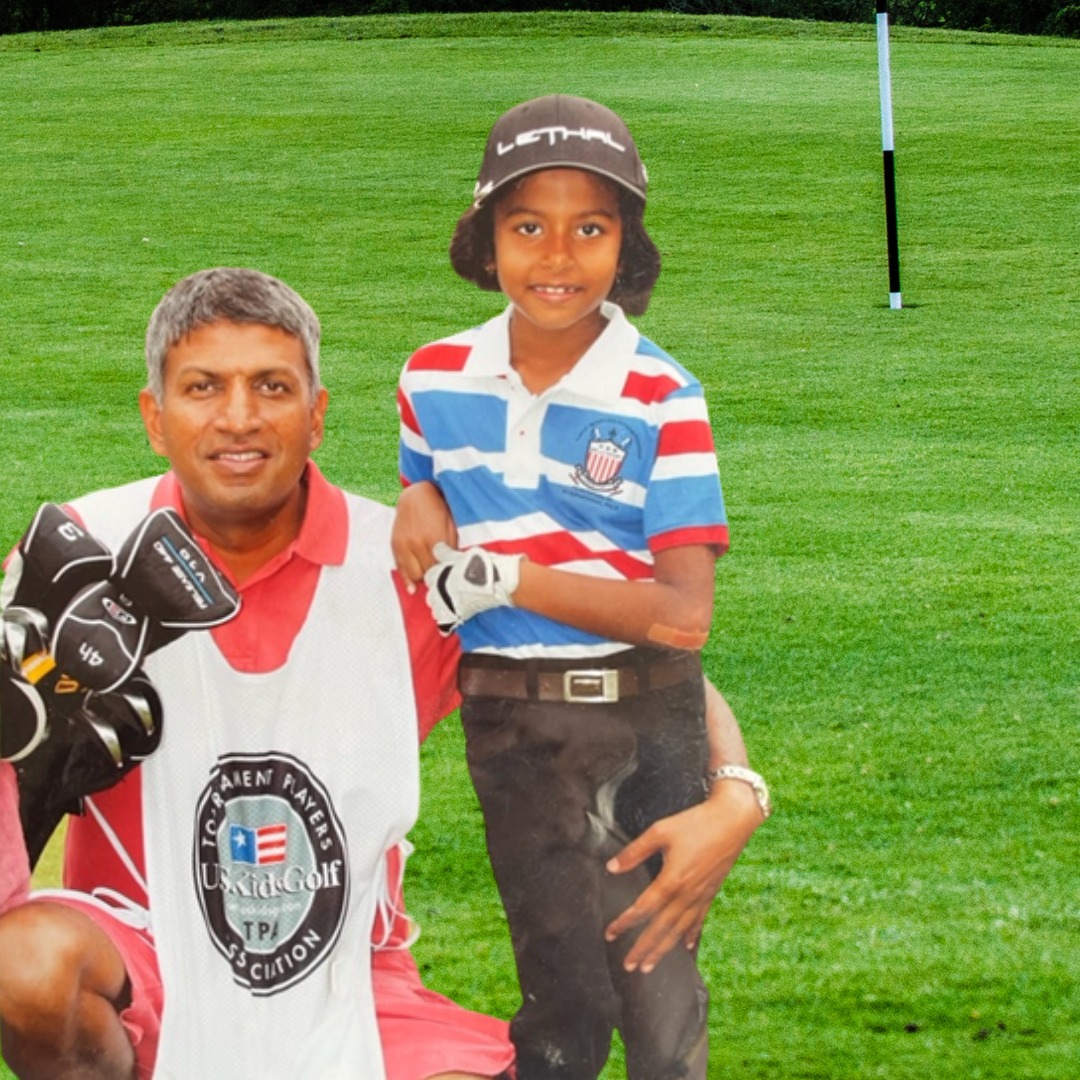 “We started taking Avani for the US Kids Golf European and World Championship from when she was six; I was her caddy,” her father MS Prashanth said. Photo courtesy: MS Prashanth

The Bengaluru-based teen has been selected for the Global Child Prodigy Award 2022 and has been excelling in golf tournaments since 2014. On being asked about golfers she was inspired by, Avani had a very definite response.

“Tiger Woods for sure,” she said. “When my swing was developing, it looked exactly like Lexi Thompson’s swing. She’s amazingly long on the course and I love how aggressive she is. Currently, my role model is Nelly Korda because of the way she plays.”

“I love hitting my driver; I’m one of the longest hitters in the country and my driver is my favorite club in my bag,” Avani said. 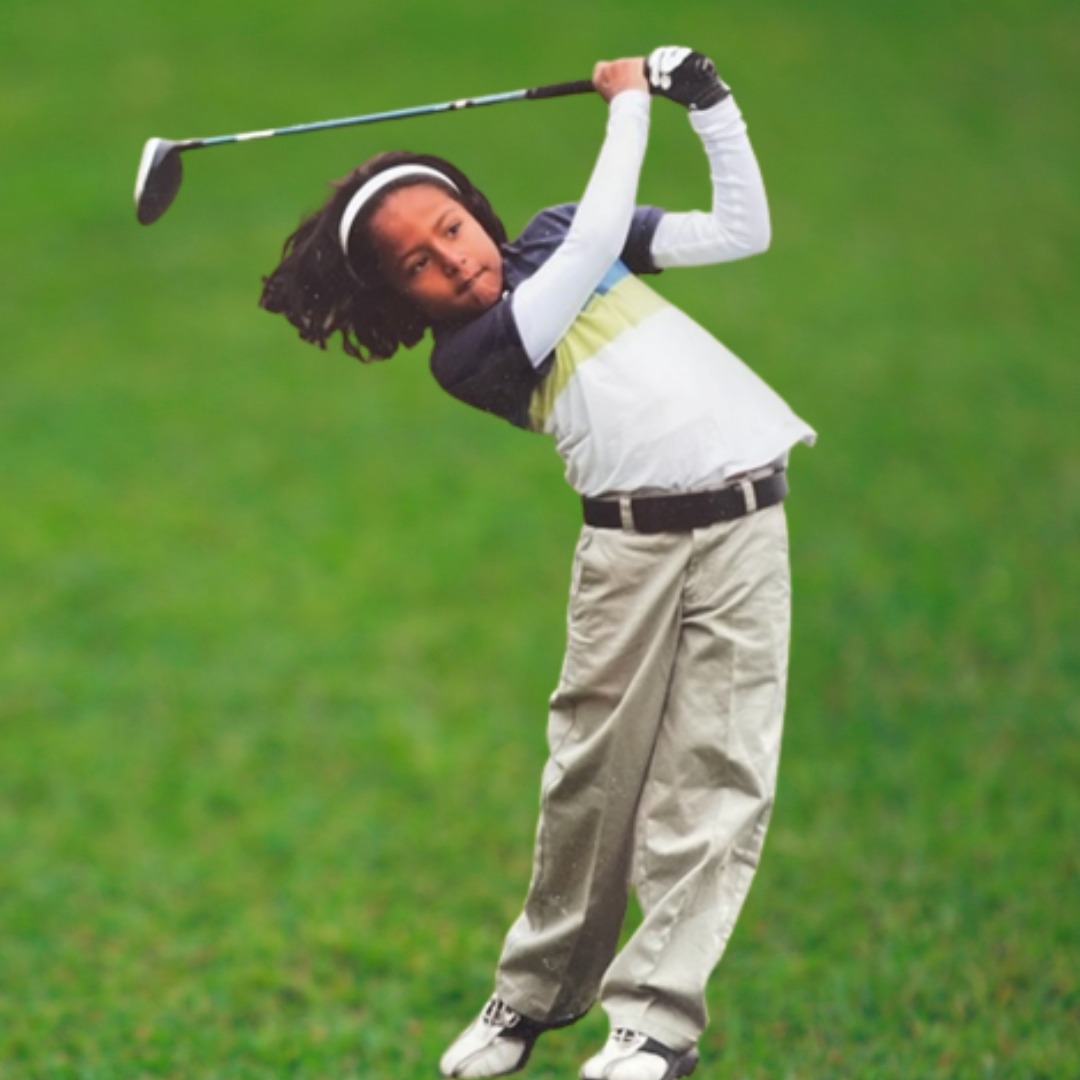 “She has been an inspiration for us. We love her passion and are committed to her desire to become the No 1 golfer in the world,” her father added. Photo courtesy: MS Prashanth

She also talked about balancing education with her golf career and said her family and the faculty of Greenwood High International School, where she is enrolled, have been very supportive. With the rise in popularity of sports as a career in India, educational institutions are also upping their game to support promising sportspersons like Avani.

“I’ve never had a single day where I’ve forced myself to go to school, and the principal and teachers are very encouraging in supporting my career,” she said.

“She has been an inspiration for us. We love her passion and are committed to her desire to become the No 1 golfer in the world,” her father added.