The Indian government has rolled up its sleeves to amend laws to cancel passports of fly-by-night bridegrooms dreaming up sham marriages as also to facilitate instant extradition of these dishonest NRI husbands for legal proceedings. 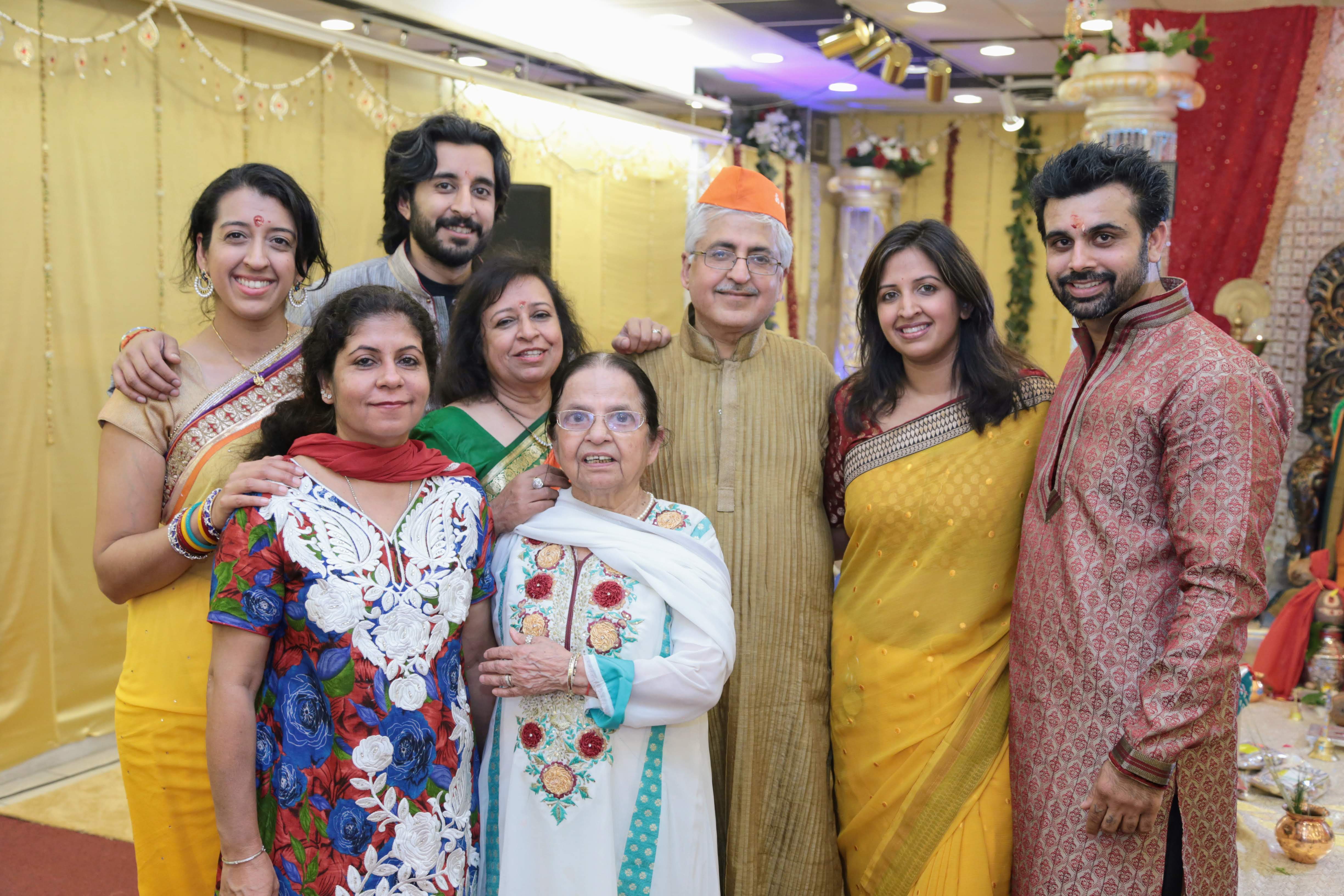 In the past ten years, the NRI cell of the National Commission for Women (NCW) has been flooded with as many as 4,274 complaints from ‘nowhere brides’ who were abandoned in foreign lands after being subjected to mental and physical abuse.

The number of SOS complaints - mostly from Punjab, Gujarat and Kerala - regarding desertion, domestic violence, harassment, child custody and appeal against foreign courts’ decision on divorce has shot up from 468 in 2015-16 to a record 828 in 2018-19.

According to world-renowned choreographer and dancer Dr Mallika Sarabhai, an activist who uses arts for women’s empowerment and societal education, there have been so many cases of fraudulent NRI marriages that families must take the utmost caution, adding that all marriages that were seen as transactions were liable to be misused. 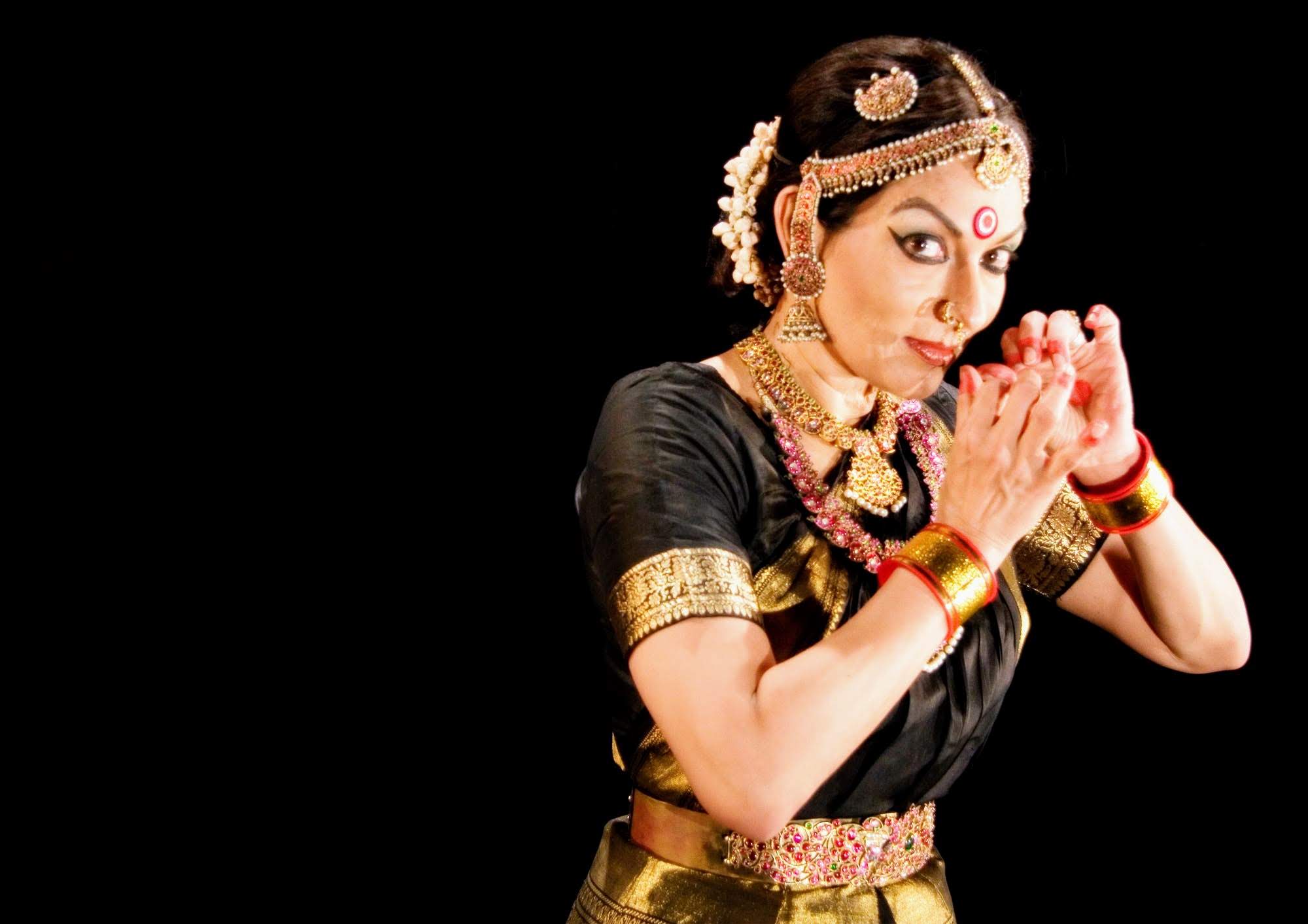 “In NRI marriages, the girl’s family is desperate to get her abroad. Are not the girl’s family more to blame for being so keen to pay huge dowries and dump their daughters with strangers in a strange land?” asks Dr Sarabhai, who, not long ago, had raised a record USD1.3 million for India’s underprivileged women through her spell-binding performance for a US-based NGO.

At a national conference last week in New Delhi to discuss the burning issue, scores of wronged women narrated their heart-rending tales of woe. Office-bearers of Truth Still Alive Foundation also described how the treacherous grooms went scot-free and why the harried wives failed to get justice despite issuance of non-bailable warrants, red-corner notices and even orders of the Ministry of External Affairs (MEA).

The Citizen, an independent digital daily newspaper based out of New Delhi, studied 44 such cases of ‘marriage of convenience’ and found that 65 percent of the duplicitous husbands resided in the United States while others had settled mainly in Singapore, the United Kingdom, Canada, and Australia, and not a single NRI had bothered to respond to the legal proceedings and, consequently, none of them had been extradited back to India so far.

No wonder, Ruzan Khambatta, a spirited campaigner for women empowerment and sought-after motivational speaker, told Connected to India that while the plight of the hapless victims should certainly be blamed on greedy parents for not conducting proper background checks of the NRI groom’s credentials, the government should launch a massive crackdown to book the husbands and hand out exemplary punishment to them. 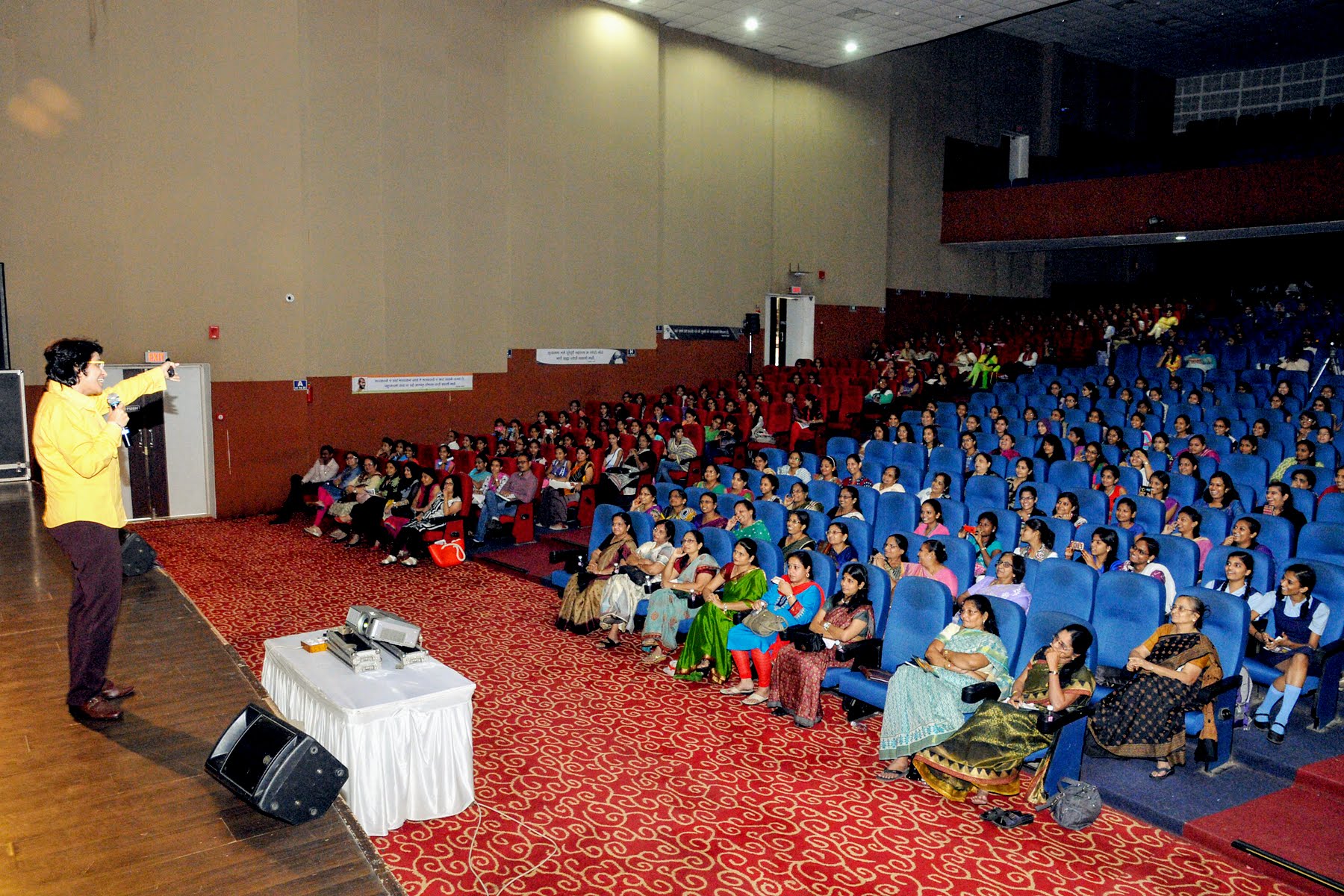 Indeed, the Narendra Modi government, which has cancelled passports of 45 NRIs for leaving their wives in the lurch, is all set to re-introduce in Parliament the pending Registration of Marriage of Non-Resident Indian Bill, 2019 which was tabled in the Rajya Sabha but could not be passed till the Lok Sabha was dissolved on June 3 ahead of general elections.

The Bill was introduced in the Upper House in February with the hope of proscribing NRI husbands from using marriage as a tool of exploitation and creating cash by providing higher social control of rights for the deserted woman.

According to this legislation, any NRI from among the 30 million living in 120 countries who marries an Indian citizen or a fellow NRI abroad has to compulsorily register the marriage within 30 days or face the prospects of their passports being impounded or even revoked.

The Bill also allows courts to attach movable and immovable properties of NRIs who are declared ‘proclaimed offenders’ for failing to appear before law. What’s more, the draft law allows courts to even send summonses and warrants to the accused through a specially-designated website of the MEA.

Apart from the Bill, the government claims that it has taken action against 1,300 of the 4,274 applications from complainants and has been alerting gullible women, especially in the rural areas, against turning ‘honeymoon brides’ or ‘holiday brides’, by distributing literature with useful advice to young girls and their parents, urging them not to view wealthy NRI grooms and their glamorous life through rose-tinted glasses.

Interestingly, the MEA also provides an assistance of USD3000 to deserted women in developed countries and USD2000 in developing countries through Indian missions for filing cases in the local courts or for legal counselling through the NGOs empanelled with Indian missions.

However, in most cases, the hard-up victims, already bruised and battered after harassment in an unknown country, are clueless and cannot afford the astronomical fees of the ‘ambulance-chasers’ as lawyers in the US are called.

Kulin Patel, who has served as the Indian envoy in many African countries, told this correspondent that though the Indian administration had taken stringent measures to see that the runaway NRIs were taken care of when they betrayed and deserted their wives, it was important that Indian missions abroad pursued those grooms and got them booked.

“At times, the missions just write perfunctory letters to the concerned authorities and forget about the matter. Central and state governments also need to take determined follow-up steps so that in future also, NRIs are deterred from betraying our ladies,” says Patel who was till last year the honorary chairman of the Non-Resident Gujarati Centre (NRG) in Ahmedabad in Prime Minister Narendra Modi’s home state of Gujarat.

Gujarat, too, records an alarming number of cases of harassment by non-resident Gujaratis (NRGs) who total 6.5 million but, surprisingly enough, after Patel relinquished the office last year, the NRG Centre has been in limbo, leaving scores of distressed women and their parents to fend for themselves.

Even Gujarat High Court advocate Nishith Joshi said that embassies abroad needed to walk the extra mile to see to it that correct information was available to brides genuinely looking for NRI grooms.

“This may even require to go around the confidentiality and privacy laws that are strictly followed in many countries. Well, if the NRI is sincere enough to get home the Indian ‘sanskari bahu’, he surely wouldn't mind signing an agreement that allows an Indian agency or an NGO to reveal his true status and other information,” says Joshi who has advised several NRI clients. 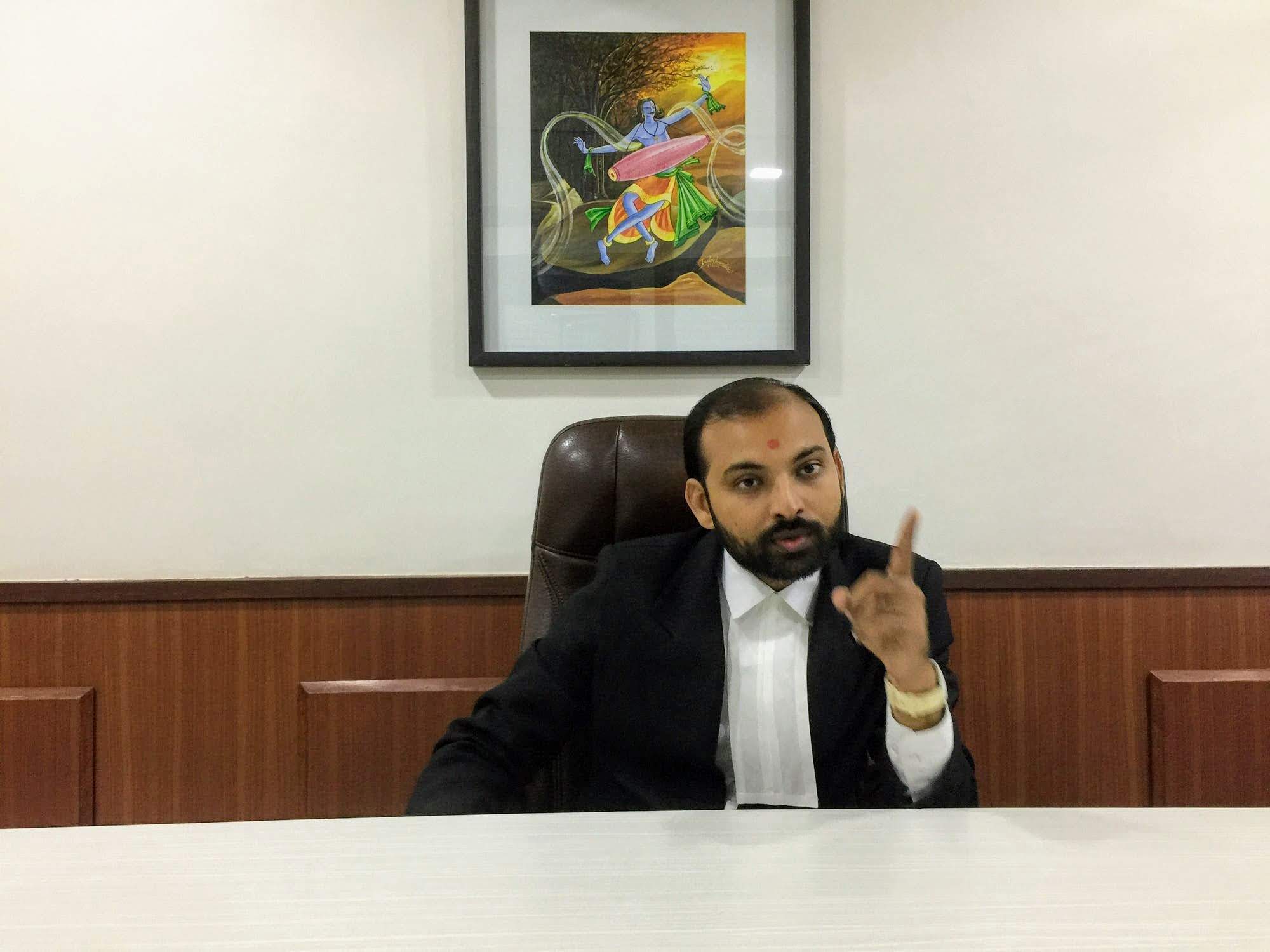 In sum, all depends on effective implementation of the Registration of Marriage of Non-Resident Indian Bill, 2019 which would offer required relief to all Indian women married to NRIs worldwide as it will provide great protection to Indian citizens married to NRIs and serve as a deterrent to NRIs against harassment of their spouses.