The United Kingdom 2019 elections might have seen Boris Johnson's Conservatives gain a record majority, but they are in a photo finish with the Labour Party when it comes to the number of Indian-origin Members of Parliament (MPs). 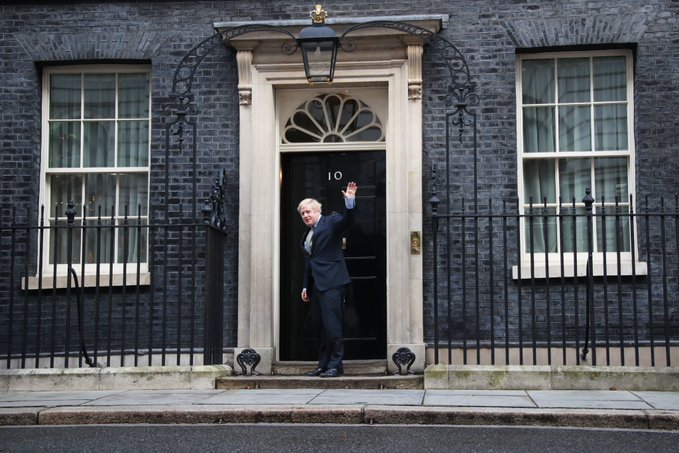 UK Prime Minister Boris Johnson returns to 10 Downing Street and is welcomed by staff following an audience with Her Majesty the Queen. Photo courtesy: Twitter/@10DowningStreet

With the election of four first-time Indian-origin candidates, Gagan Mohindra and Claire Coutinho for the Conservative Party, Navendru Mishra for Labour and Munira Wilson for the Liberal Democrats, and the retirement of veteran MP Keith Vaz, the total number of Indian-origin MPs in the UK Parliament has increased to 15 from 12 in 2017.

"Time to ‘Get Brexit Done’ and get on with investing in our schools, hospitals and police to keep our streets safe," said Goan-origin Coutinho, who won the Surrey East Tory-held seat, polling 35,624 votes, with an impressive majority of 24,040.

Thank you to everyone across our great country who voted #Conservative We now need to get Brexit done...but first I’m going to get breakfast done! 👍#GetBreakfastDone pic.twitter.com/Bb8u8MoJhE

Thank you to everyone in East Surrey who chose to put their faith in me & the Conservative party.

I am deeply honoured & look forward to serving all in East Surrey with dedication and care.

Delighted and humbled to be re-elected to Parliament by the wonderful people of North West Cambridgeshire with a record majority of 25,983 and record vote share of 62.5 per cent. Deeply privileged and honoured. Thank you.

Mohindra won his Hertfordshire South West seat decisively with 30,327 votes and a majority of 14,408.

Priti Patel, the former UK home secretary, with 32,876 votes in Witham; Rishi Sunak, the Tories ‘next bright young thing’, with 36,693 votes in Richmond; Alok Sharma from Reading West with 24,393 votes; Suella Braverman in Fareham with 36,459 votes and Shailesh Vara with 40,307 votes in Cambridgeshire North West are the returning British-Indian MPs for the Tories. 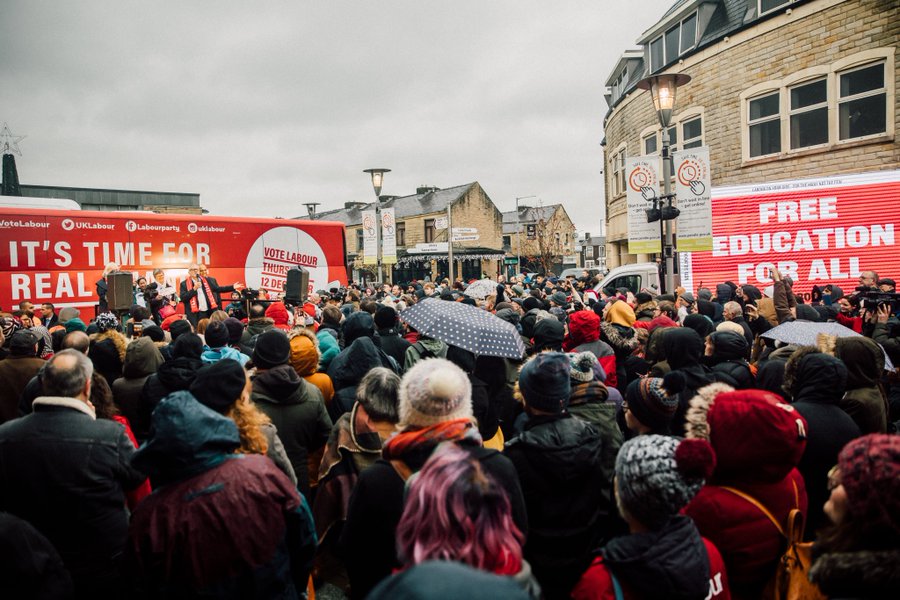 Poll experts had predicted a shift in the British-Indian vote, especially among the Hindu community, towards the Tories because of economic factors, Brexit and Labour calling for international intervention in Kashmir prior to the polls. Photo courtesy: Twitter/@jeremycorbyn

“Thank you to voters in the Witham constituency for re-electing me as your Member of Parliament. I will continue to be your strong voice, standing up for all communities across the entire constituency,” Patel said in a public release after the result.

Poll experts had predicted a shift in the British-Indian vote, especially among the Hindu community, towards the Tories because of economic factors, Brexit and Labour calling for international intervention in Kashmir prior to the polls. While not enough to play a decisive role in the overall result, it did allow the Conservatives to match Labour in the number of Indian-origin MPs in the House of Commons this time around.

Navendu Mishra from Stockport was Labour’s only first-time British-Indian MP, winning with a vote count of 21,695 and a majority of slightly over 10,000 votes.

Thank you to all my electors and all the constituents of Ealing Southall. Proud to have won for a fifth time, re-elected to serve and to stand up for our community. @UKLabour @EalingLabour #ge2019 pic.twitter.com/18V7Jhn3F1

Immensely grateful to the good people of #Slough for having again bestowed their faith in me.
I won’t let you down and will be a strong, solid voice for you in Parliament and beyond.
Thanks to #Labour activists, family and friends who campaigned tirelessly to help re-elect me. 🙏🏼 pic.twitter.com/WCzIzqmh5L

Congratulations to our amazing, newly re-elected member of parliament @PreetKGillMP

Thank you so much to everyone in Edgbaston for your amazing support!! #EdgbastonStaysRed #Preet4Edgbaston #Labour pic.twitter.com/dnU0xSbm2h

Virendra Sharma from Ealing Southall with 25,678 votes; Tan Dhesi from Slough with 29,421 votes; Preet Kaur Gill from Birmingham Edgbaston with 21,217 votes; Lisa Nandy from Wigan with 21,042 votes; Valerie Vaz from Walsall South with 20,872 votes and Seema Malhotra from Feltham & Heston with 24,876 votes all returned to the House.

“Thank you to the voters of Feltham and Heston for re-electing me as the Member of Parliament and to all who voted in the election despite the weather. Your trust means so much and with much to do across the constituency and in Parliament, our work starts tomorrow,” Malhotra said.