The fire broke out in the attic of the AI-Mustafa Restaurant yesterday with diners and workers being unaware of the fire until passer-by alerted them.

At the time of the fire, there were five customers and three employees inside. The restaurant in the two-storey shophouse is located at 11 Lembu Road, off Desker Road. It sells Indian, Pakistani and Bangladeshi food. 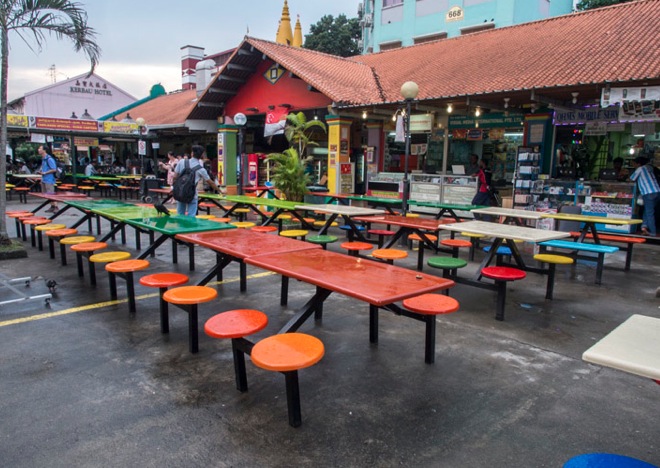 The damage is estimated at about SGD14,000. Photo courtesy: bluebalu

As per the reports, Singapore Civil Defence Force was alerted at 10.35am. SCDF, along with sending a Red Rhino, two fire bikes and an ambulance to the scene, arrived on time and evacuated the building. One person was rescued from the attic and taken to Tan Tock Seng Hospital.

The fire was confined to the attic and burnt through the roof. SCDF extinguished it with a water jet. Building and Construction Authority is investigating the cause of the fire and has reportedly directed building owner to close the affected shophouse.

However, the damage is estimated at about SGD14,000.