This year’s edition of the Singapore HeritageFest embraces the diverse food culture and healthcare practices in Singapore. Held from May 3-30, 2021, this edition of the Singapore HeritageFest celebrates two major milestones: the 200th anniversary of Singapore General Hospital (SGH) and the inscription of Hawker Culture in the UNESCO Representative List of the Intangible Cultural Heritage of Humanity.

The anniversary of SGH provides an opportunity for Singaporeans to reflect on healthcare practices, even more significant over the last year due to the pandemic, and the country’s medical history, while the celebration of Hawker culture explores the vibrant food culture in the island nation that has brought communities together for decades.

The final week of the festival is a fitting finale to the almost month-long activities with a focus on Ayurvedic practices in cooking, celebrating Sikh culture and heritage via food, a photo essay on Indian Muslim Hawker stalls in Tekka Market, and a unique storytelling video for kids of a European folk tale adapted in Tamil. 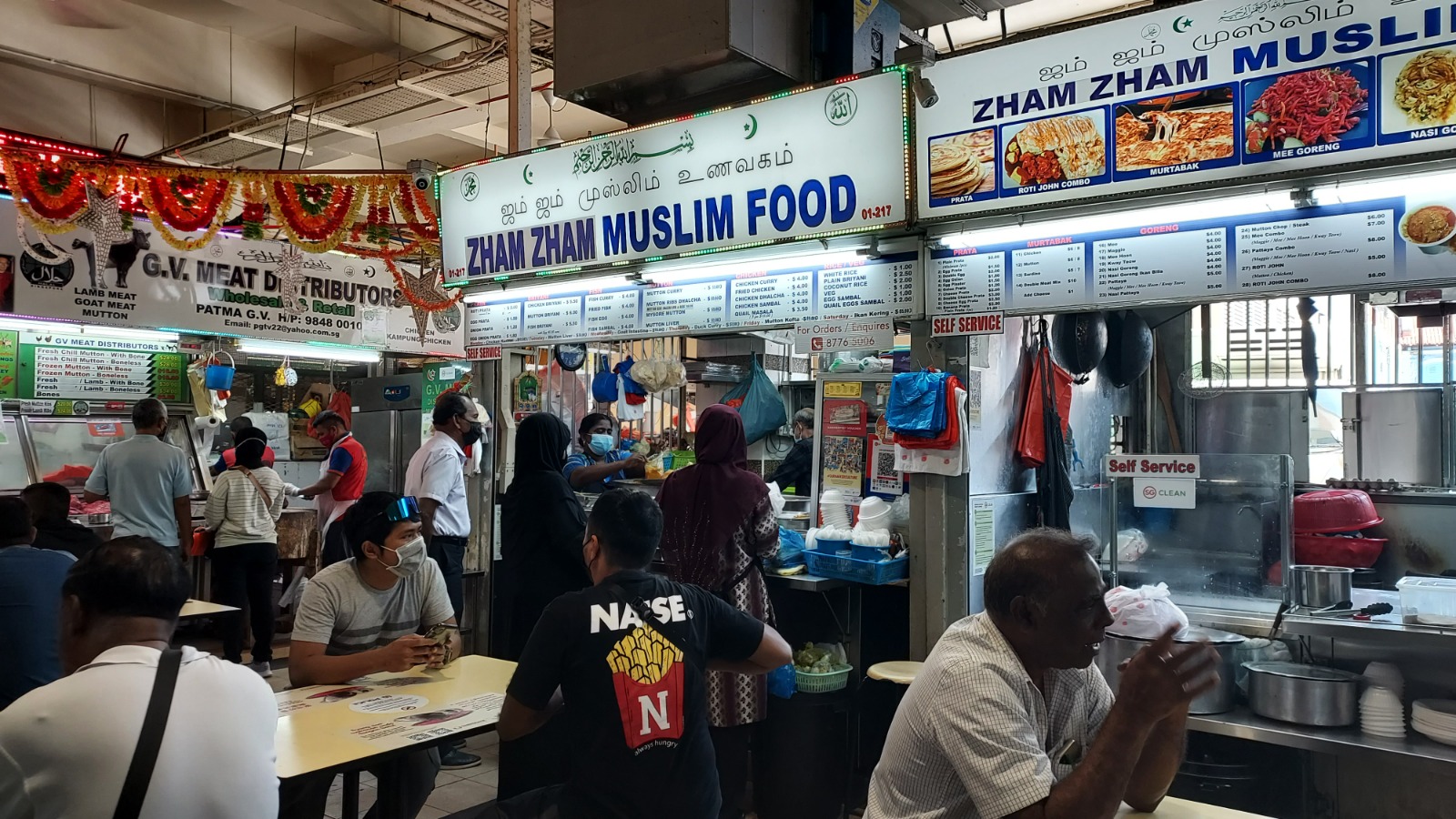 Tekka Centre has the highest number of Indian Muslim stalls under one roof. Their dishes are a staple in Singapore and they work tirelessly in hot and sweaty conditions to share their food. As part of the 2021 Singapore HeritageFest, Fanzura Banu, alumna of the NTU History Programme and associate editor of the SOJOURN: Journal of Social Issues in Southeast Asia, shares the daily experiences of Indian Muslim hawker stall guardians in a photo essay.

“The primary difference would be that Indian Muslim cuisine developed in Southeast Asia has Malay and Chinese influences be it in the style of cooking or ingredients,” Banu tells Connected to India. “Indian Muslim food that is unique to Singapore and Malaysia includes Mee Kuah and Mee Goreng which are yellow-noodle-based. There are also ingredients actively used in Malay cooking that are sometimes added to Indian Muslim food catering to local tastes such as belachan (shrimp paste) and pandan leaves (screwpine).”

“Even the Roti Prata found here is slightly different from how it is eaten in India. Prata here can be eaten with fish curry, sambal, or sugar while the combination preferred in India would be salna. It all depends on what ingredient is found and readily available here,” Banu adds.

Singapore’s Hawker culture is one of the most dominant images that comes to mind when one thinks of food in the island nation. So much so that the country’s hawker culture was recently inscribed in the UNESCO Representative List of the Intangible Cultural Heritage of Humanity.

Food brings people together and bridges cultural gaps and Singapore’s hawker culture is perhaps the greatest representation of that.

“Singapore's hawker culture forces cuisines from different cultures to be housed under the same roof. It attracts people across ethnic and class lines due to its accessibility and also the quality of the food,” says Banu. “The average Singaporean, even if not familiar with the nuances of the predominantly Tamil-speaking Indian Muslim community, will be exposed to Tamil Muslim food in one way or another.” 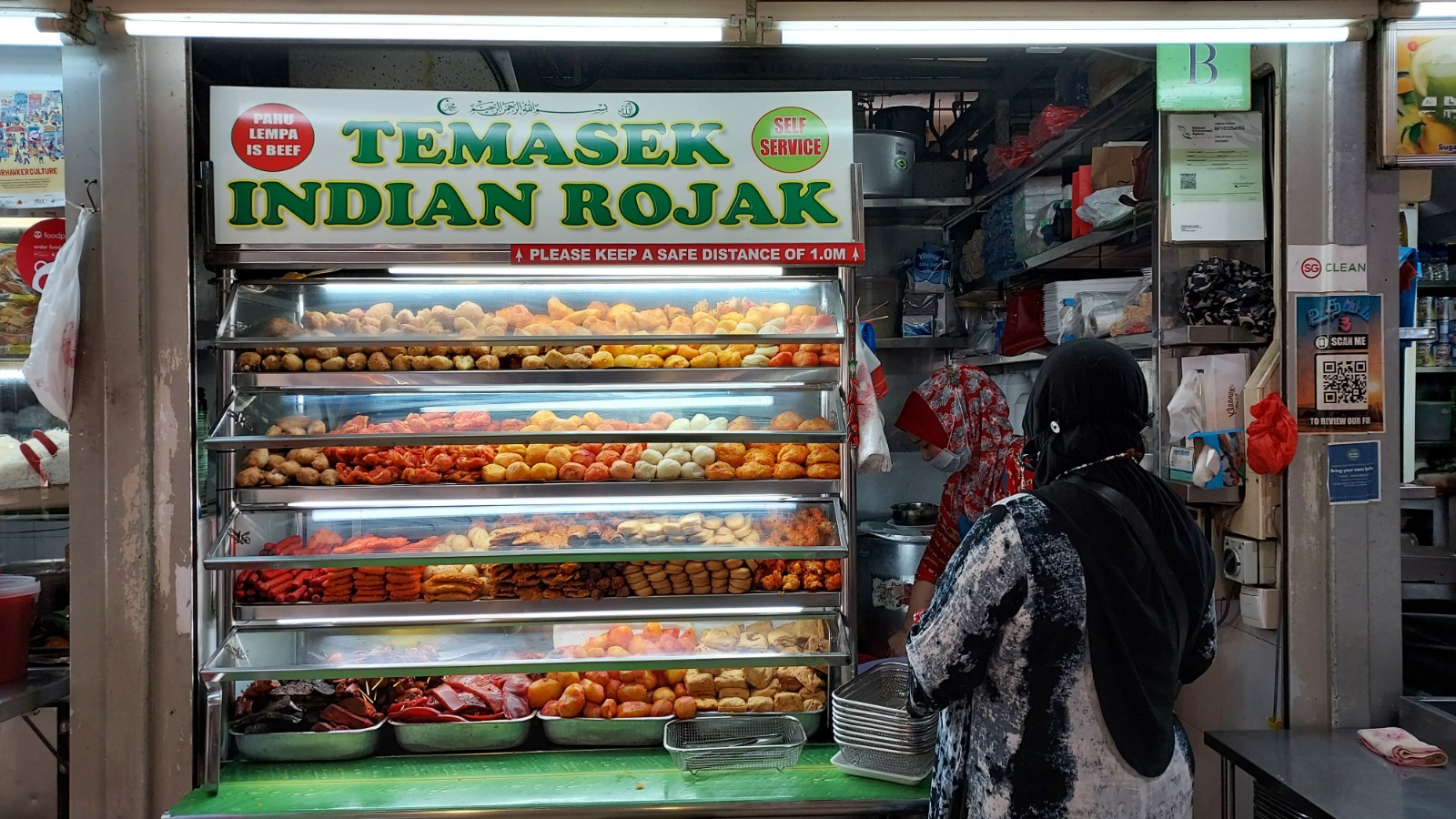 In what has been a difficult last year and a half, where the raging COVID pandemic has affected businesses, small and large, across the world, Singapore’s hawker stalls have not been spared either. “It's really worrying because a lot of traditional hawkers are on the verge of having to give up their business as they are unable to break even due to the 30% commission charged by delivery apps,” says Banu.

In this scenario Singapore HeritageFest’s focus on the Singapore hawker culture is a welcome celebration of one of the staples of the country’s extensive food culture. Audiences can enjoy Banu’s photo essay and get a firsthand account of just how these hawker stalls are run, the hard work that goes into producing quality food and experience just how food can be the biggest unifier. 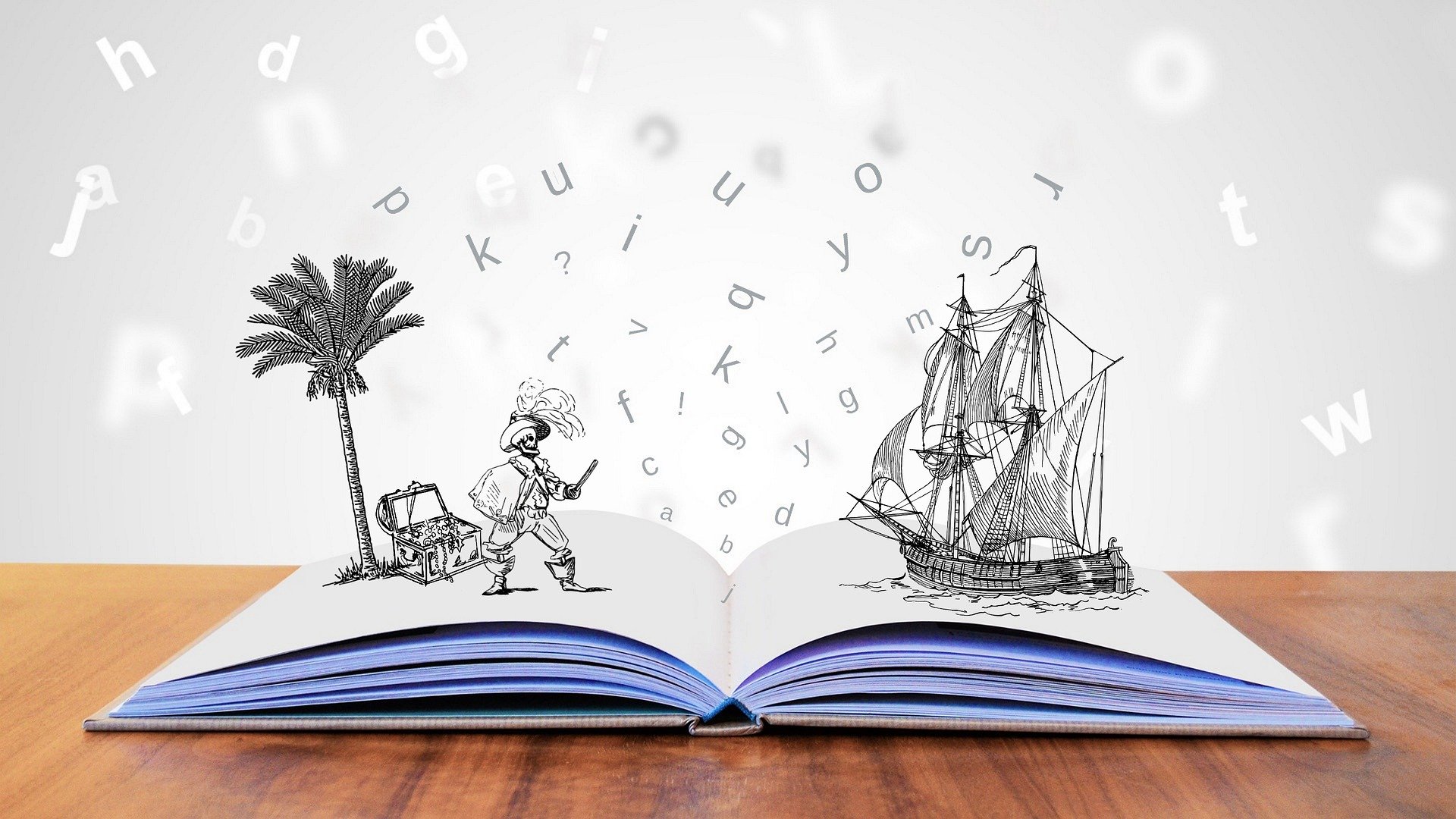 “I believe food is a universal language that connects people. People bond over meals” Khanna tells Connected to India. “When I was given the theme of food, this European tale immediately came to mind and I adapted it to the Singapore context.” Photo courtesy: Language Division

A unique presentation as part of Singapore HeritageFest is the adaptation of a classic European folktale Stone Soup, into Tamil. The taped session is fronted by Rani Khanna, a master storyteller who recites the adaptation. The story is aimed at children aged 3 to 7 years old and is supported by the Tamil Language Council. Stone Soup focuses on a famished traveller who arrives tired in a town. To encourage villagers to share their food with him, he fills a cooking vessel with stones and water creating the illusion of a giant pot of soup for all to partake. Over the course of the cook, villagers, eager to sample the fare, bring food items from their larders and contribute to the dish.

“I believe food is a universal language that connects people. People bond over meals” Khanna tells Connected to India. “When I was given the theme of food, this European tale immediately came to mind and I adapted it to the Singapore context”.

“This tale unveils how coming together and sharing makes us sufficient, stronger and closer. Singapore is known for being a food paradise; we savour food.  I wanted to unveil the magic of sharing to our listeners through this story,” she adds.

The choice to recite the story in Tamil, and the subsequent exposure to a different language, she notes helps to “foster understanding, respect, community and harmony amongst people from different cultural, ethnic and racial backgrounds” especially in a multicultural and multiracial country like Singapore.

“Learning about the different languages in Singapore is especially important for communication and mutual understanding. We can encourage children to learn more about other races and cultures by exposing them to different languages through stories, literature and theatre. Children are naturally curious!” she adds.

Food Is Medicine – An Ayurvedic diet

Ayurveda is a centuries-old Hindu system of medicine and nutrition that is often described as the ‘mother of all healing.’ Vasanthi Pillay, President of the Ayurveda Association of Singapore (AAOS) and Chef Bala from Indian Chefs & Culinary Association (ICCA) share the ayurvedic significance of six tastes in an Indian cuisine by demonstrating traditional cooking techniques.

“Many wrongly assume that ayurveda is treatment or food or herbs. Ayurveda is made up of 2 Sanskrit words: ‘ayu’ means life; ‘veda’ means knowledge. So ayurveda means knowledge of LIFE. Not just human life but all life, including nature, trees, animals, insects etc,” Pillay tells Connected to India. 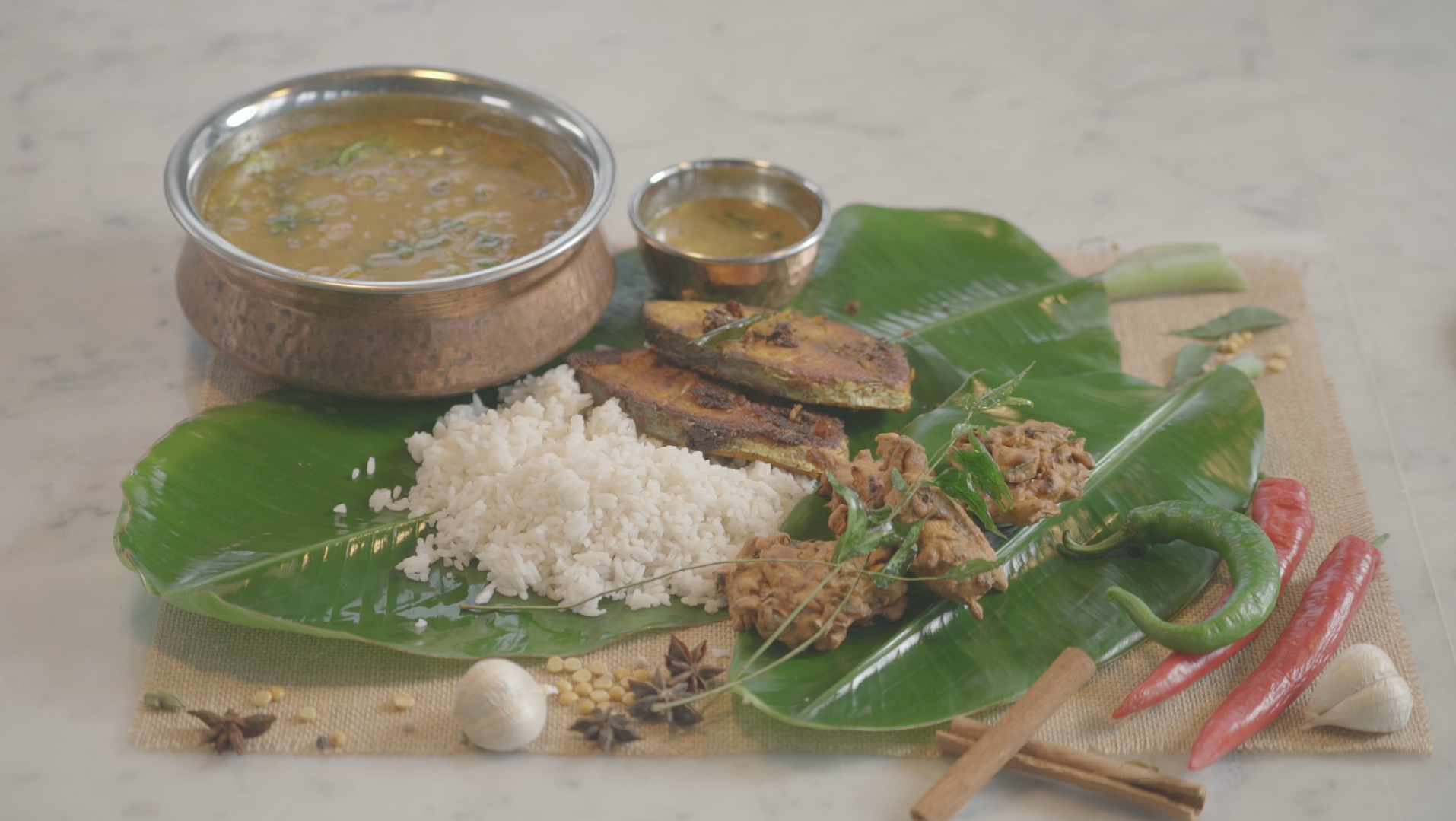 Ayurveda is a centuries-old Hindu system of medicine and nutrition that is often described as the ‘mother of all healing.’ Photo courtesy: Singapore HeritageFest

“Ayurveda diet is not about the food items but is holistic and takes many factors into consideration,” Pillay explains.

Among those factors are:

Singapore, like many countries around the world, has over the last few decades embraced many practices of ayurveda as the focus across the globe has shifted towards healthy eating and healthy living. However, the perception of what ayurveda entails has changed over time, feels Pillay.

“About 15 years ago, many people used to think that ayurveda is just treatment and oil pouring on the forehead,” she says. “However, over the past 6 years or so (through AAOS’ proactive educational efforts), people are beginning to see that ayurveda is more than treatment. Diet (ahara) and lifestyle (vihara) are key components of ayurveda. Ayurveda firmly states that treatment becomes useless if one does not change diet and lifestyle.”

The incorporation of ayurveda into the curriculum of yoga centres in Singapore is another major change Pillay has seen over the years along with the recognition that “yoga deals with lifestyle while ayurveda provides customised diet”.

“Also another trend we notice is the use of the reductionist modern concept of  ayurveda.  Ayurveda is a holistic science and takes several factors into consideration for diet. Due to globalisation and modernisation, these principles are not being applied and the wrong diet is being applied,” she says, citing the example of the recent hype about coconut oil.

The same mistake is also being made about turmeric, she says.

“Many people are consuming turmeric as a medicine (capsule) when it should be consumed as food. When turmeric is consumed as food it gives all the health benefits that ayurveda talks about. However when taken as medicine for a long period of time, it can lead to problems”. 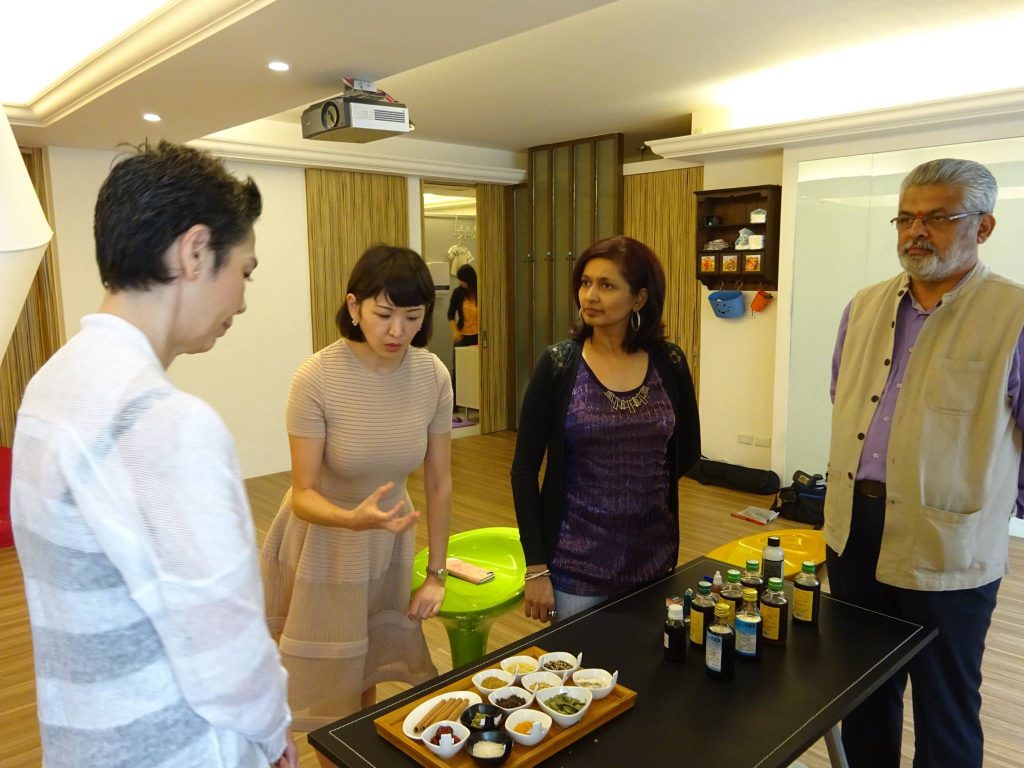 Ayurveda has spread its influence across countries and Singapore is no different. However, how many non-Indians in Singapore embrace the principles of ayurveda in their daily lives?

“Ayurveda talks about 3 lines of treatment - food (ahara), lifestyle (vihara) and treatment / medicine (oushada),” explains Pillay. “When you classify “practitioners of ayurveda” under the 3rd category i.e. treatment and medicine, then there aren’t any non-Indians. Currently all of them are Indians and from this group, 95% are Indians who relocated to Singapore in the past 10-16 years or so.”

“If you refer to ayurveda practitioners as those in category 1 and 2, yes there are several non-Indians. This is because ayurveda food is not about Indian food, but learning the principles. When one learns dietary principles of ayurveda, they can apply it to their own diet and lifestyle,” she adds.

“If you take “nasi lemak” – rice is cooked in coconut milk and both are heavy on the digestion but they use fresh ginger in the rice which helps with the digestion.  Like this, ayurveda principle is already incorporated into traditional cooking and is passed down orally through grandparents,” she says.

“Once these principles are learnt, a person can come up with their own diet plan and customise diet for their family.  Ayurveda food can be delicious and healthy at the same time,” she concludes. 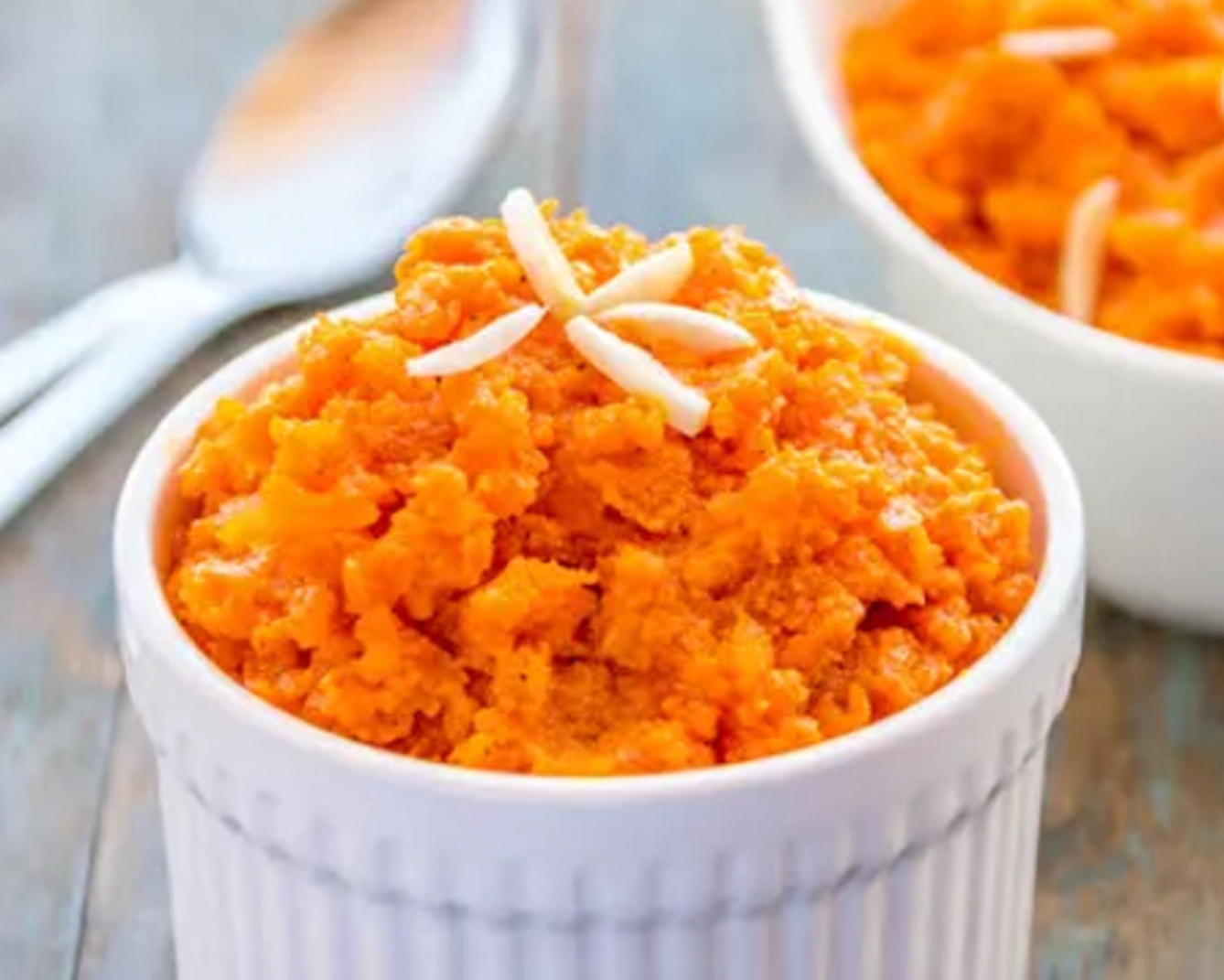 Founded in 2003, the Young Sikh Association Singapore (YSA), focuses on reaching out to young Singaporeans to understand, appreciate, and fulfill their aspirations. As part of the 2021 Singapore HeritageFest, President of YSA, Sarabjeet Singh and his mother share some home-cooked dishes that represent the culture and heritage of the Sikh community.

Their video teaches viewers about Kala Channa and Suji Halva - two traditional dishes that Sarabjeet has fond memories of eating while growing up. Jeet would cook these two dishes when Sarabjeet was studying for major exams, and on weekends for tea-time as a comfort food.