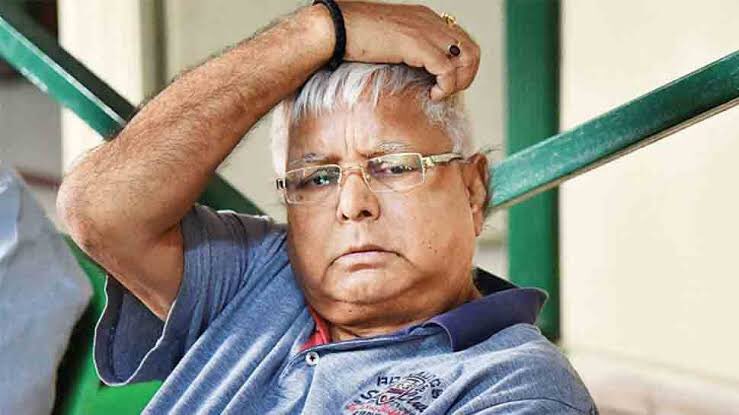 Lalu has been found guilty of illegal withdrawals to the tune of INR 139.35 crore from the Doranda treasury by the CBI court. Photo courtesy: Twitter/@shashank_ssj

The former Bihar chief minister was convicted in the Rs 139-crore case on February 15 and quantum of punishment was scheduled to be given out today.

Lalu has been found guilty of illegal withdrawals to the tune of INR 139.35 crore from the Doranda treasury by the CBI court.

The ailing 73-year-old veteran politician, who was shifted to the Rajendra Institute of Medical Sciences (RIMS), Ranchi, from Hotwar jail following the conviction last week, was earlier sentenced to 14 years in jail in four other cases related to Dumka, Deoghar and Chaibasa treasuries in Jharkhand.

Lalu’s lawyer had said the senior leader would attend yesterday's hearing via videoconferencing. He was present at the court last Tuesday when the verdict was had given its verdict.

A total of 170 people had been named as accused in the Doranda treasury scam case. Of these, 55 have died, seven have become government witnesses, six are absconding and two accepted the charges against them.

Among the remaining 99 accused, including Yadav, the CBI court had given its verdict last week.