Walking around a city is the best way to befriend one. That is exactly what we did when we landed in Singapore. Two days old in the country we walked to Esplanade- Theatres on the Bay. It was late evening; the structure glittered in twinkling light. The breeze was light and our pace relaxed. We passed by an ice cream cart. Intrigued, we stopped. The cardboard that stood at an angle resting on the lid, in the middle of the cart said “Traditional Ice cream”. It had pictures of available ice-cream flavours. There were the regulars like chocolate, mango, and mint; and red bean, durian, sweet corn and yam- flavours I had never tasted in ice creams. What was even more exciting was that these treats could be had as a slab in between two thin wafers or in between a slice of fluffy rainbow bread, like a sandwich. I soon learnt that this “Traditional Ice cream” is a time honoured cultural delicacy, pocket friendly and integral to happy Singaporean memories.

Esplanade in all its glory, functionality and approachability seems to me much like the traditional ice cream- savoured, integral, and an icon of Singapore. It offers world class facilities in a unique Asian garb. Esplanade- Theatres on the Bay is Singapore’s national performing arts centre and one of the busiest arts centres in the world. It features a 1,600-seat Concert Hall, a 2,000-seat Theatre, several smaller performing arts venues, a library dedicated to performing arts, and several restaurant, cafes and retail units. 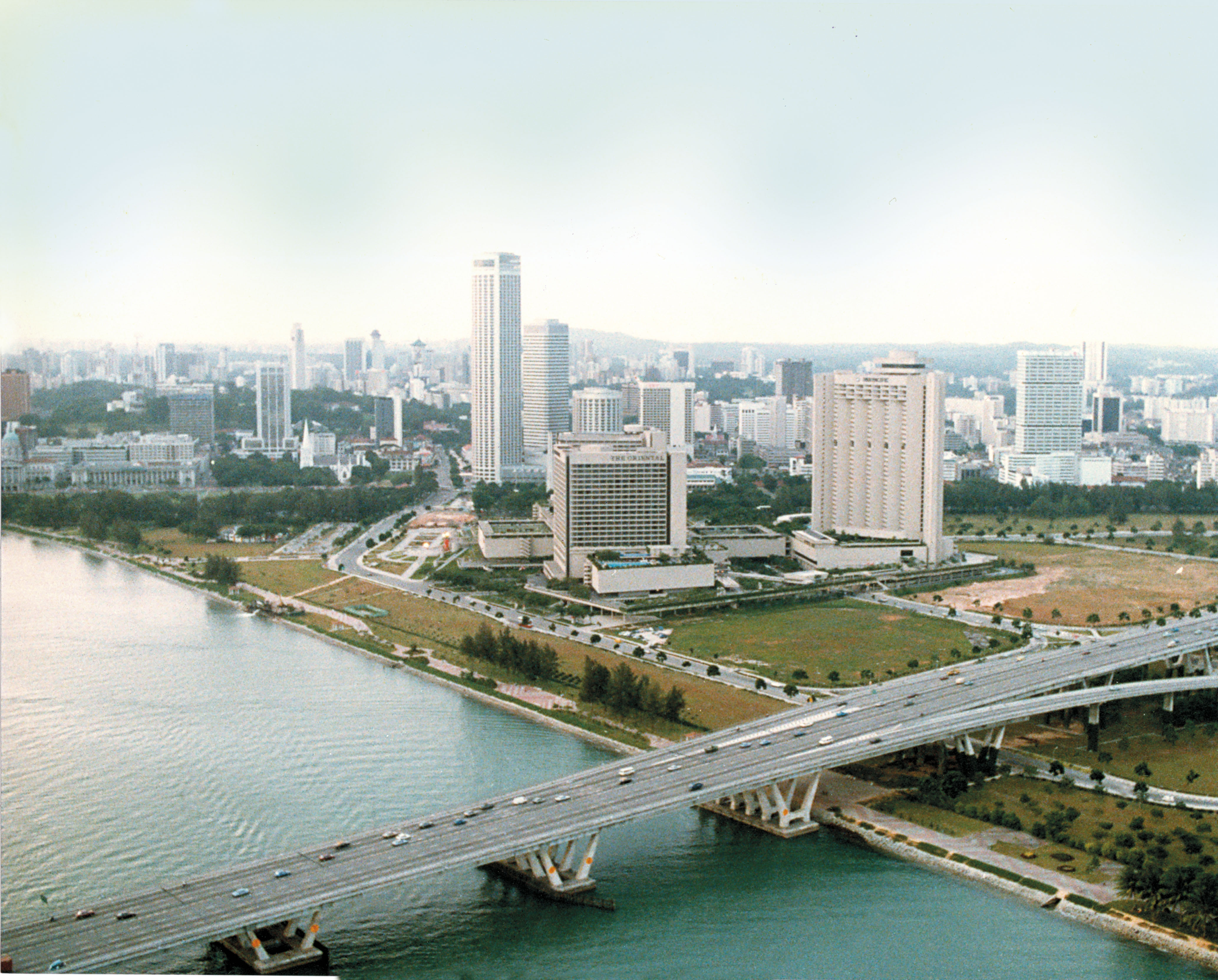 The southern Singapore coast, now known as Marina Bay, was selected for extensive land reclamation in the 1970s, to accomodate a new city centre with new amenities such as Esplanade. Photo courtesy: Esplanade - Theatres on the Bay

Esplanade stands on reclaimed land. In all its previous avatars and stages of land reclamation as the Padang, Connaught Drive, Esplanade Park, Queen Elizabeth Walk or Marina Bay Park, it remained a sea front promenade where people came with friends and family for entertainment and relaxation and to soak in the tropical sea breeze, harbour lights, and scrumptious satay.  It was in the mid-1970’s that the first government file for Singapore’s future performing arts centre was opened. In 1990 the government announced its intention to build a world-class arts centre for Singapore and in 1991 invitations for submissions went out to architects in Singapore and around the world. Three advisory groups were formed to give feedback on the design- the users group representing the arts community, the design and aesthetics group and the commercial group. It was important that public concerns regarding the centre be addressed and these groups were a way of doing that. The brand new Singapore icon was going to be named Esplanade- Theatres on the Bay. Its name was picked from more than a 100 suggestions. 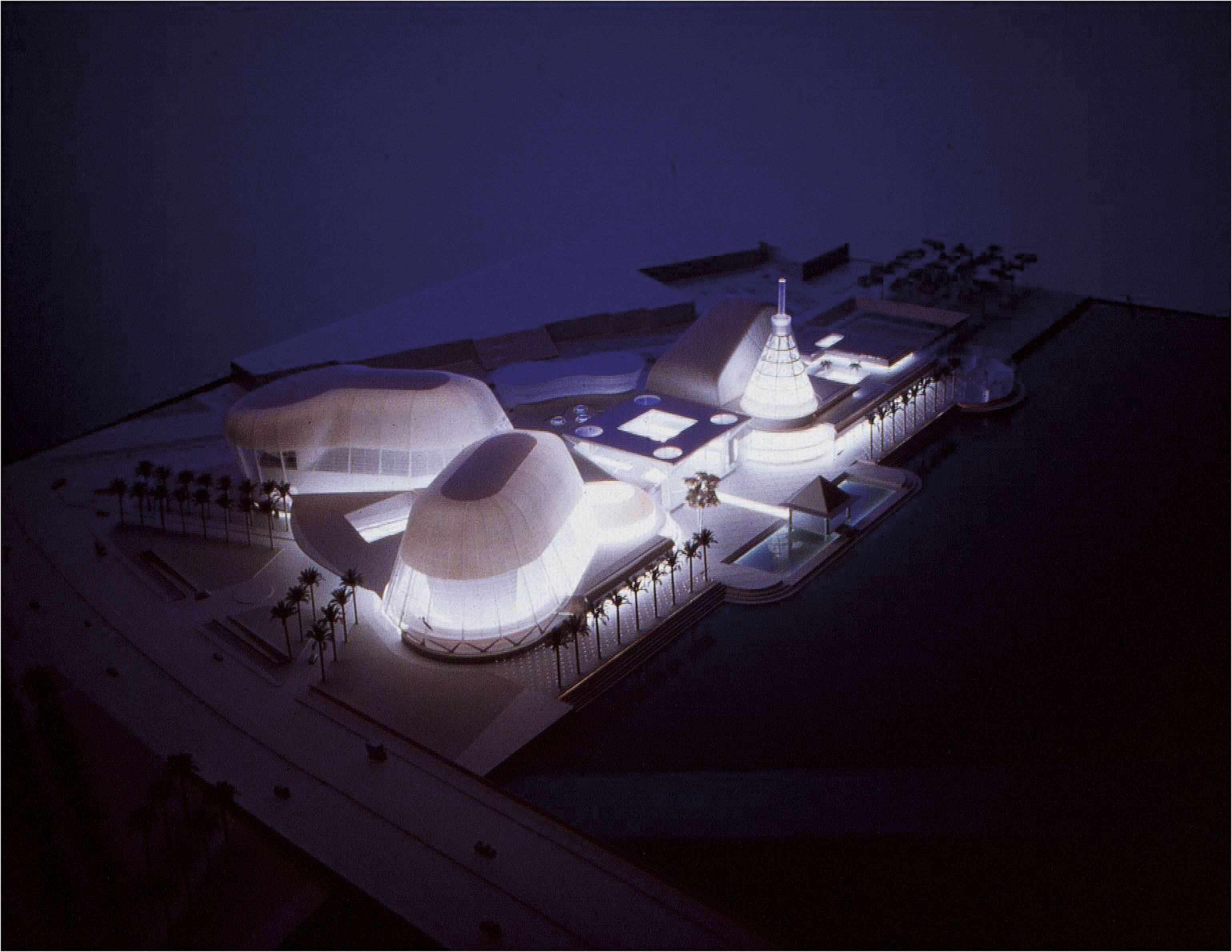 Early model of Esplanade from 1994 Photo courtesy: Esplanade – Theatres on the Bay

The design was unveiled for the first time in 1994. Singapore architectural firm DP Architects and London-based Michael Wilford & Partners designed the building. The latter left the project in May 1995. A three day exhibition was held for the public to view the model. About a thousand people came to view. Feedback was scalding. The design was said to be ‘ugly’ and ‘un-Asian’. It was called everything from a ‘concrete blob’ to papaya, loaves of bread, microphone, marshmallow even a bug’s compound eyes! There were also concerns that the centre may only cater to the culturally elite, a slice of the entire community. Several months of consulting, designing and discussions lay ahead. The design evolved several times. Traditional groundbreaking ceremony took place on 11th August 1996 and the then Deputy Prime Minister Dr. Tony Tan said, “The Esplanade will set a new standard for concert and theatre-going and will be a launching pad to help bring Singapore to the forefront on the international arts scene.” 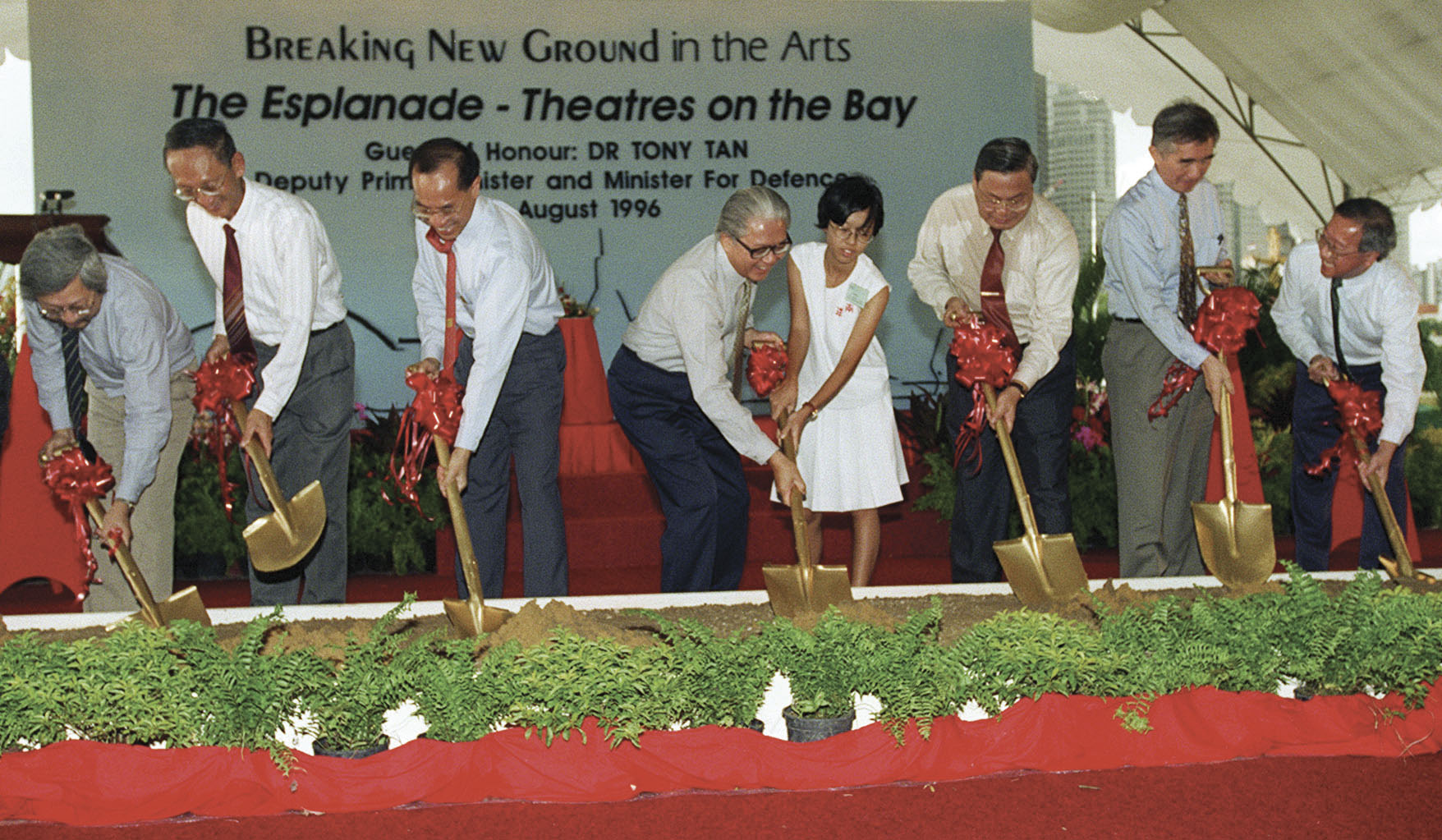 Esplanade’s distinctive sunshade design on the two glass structures (which eventually gave Esplanade its nickname, durian) was worked on for nearly a year before being finalized. Acoustics is critical to an arts centre. At Esplanade among other things noise intrusions from transport, including MRT and vibrations from passing ships had to be absorbed. Acoustician Russel Johnson designed the Esplanade Concert Hall in a way that it can be acoustically "tuned" to create optimal conditions for a wide range of music performances. The Concert Hall can therefore accommodate performances from the most delicate classical music recitals to the loudest of rock concerts. Similar attention to detail went with designing lighting solutions and interiors. The SGD $600 million project was constructed in six years.

It was now time to check functionality. A three month trial and orientation program was run to test all systems under real life conditions. Esplanade sent out invitations to universities, polytechnics, grassroots and community organizations among others to participate in the trials and ‘help get the bugs out’ (a take off on the criticism of Esplanade looking like a bug’s compound eyes!). More than 23,000 people came to test the systems in the three months. These included checking processes and measures for traffic flow, parking, ticketing, security screening, intermission timing among a host of finer details. Around 7,000 taxi drivers were invited for lunch with their families to get acquainted with the emerging icon. Esplanade was working with the aim of ‘art for all’ and making all efforts to get the message across. Just two weeks before the official opening of Esplanade- Theatres on the Bay, a two day open house was held. 43 free shows by 15 performing groups were on offer. Apart from those children’s activities, workshops were held and shops were open at the Esplanade Mall.

The art centre was inaugurated by then President SR Nathan on 12th October 2002 with a friendly, simple wave of the hand. It was a day for the artists and the audience. The opening was celebrated with a feast of local and global cultural programs and a spectacular show of fireworks. Children, youngsters, the elderly, singles, couples, families, Singaporeans, tourists all came in huge numbers. International media took note. The Opening Festival was a three-week multicultural, multi-genre event and had a wide range of ticketed and free performances and activities. There was something for everyone. By the end of this festival, Esplanade had received more than a million visitors to the centre who enjoyed arts experiences offered through 73 ticketed and 600 free events that also included talks, workshops and exhibitions, featuring 1,300 artists from 22 countries! The opening, subsequent line up of programs and the public response to them gradually put to rest worries of Esplanade catering to only a part of society. 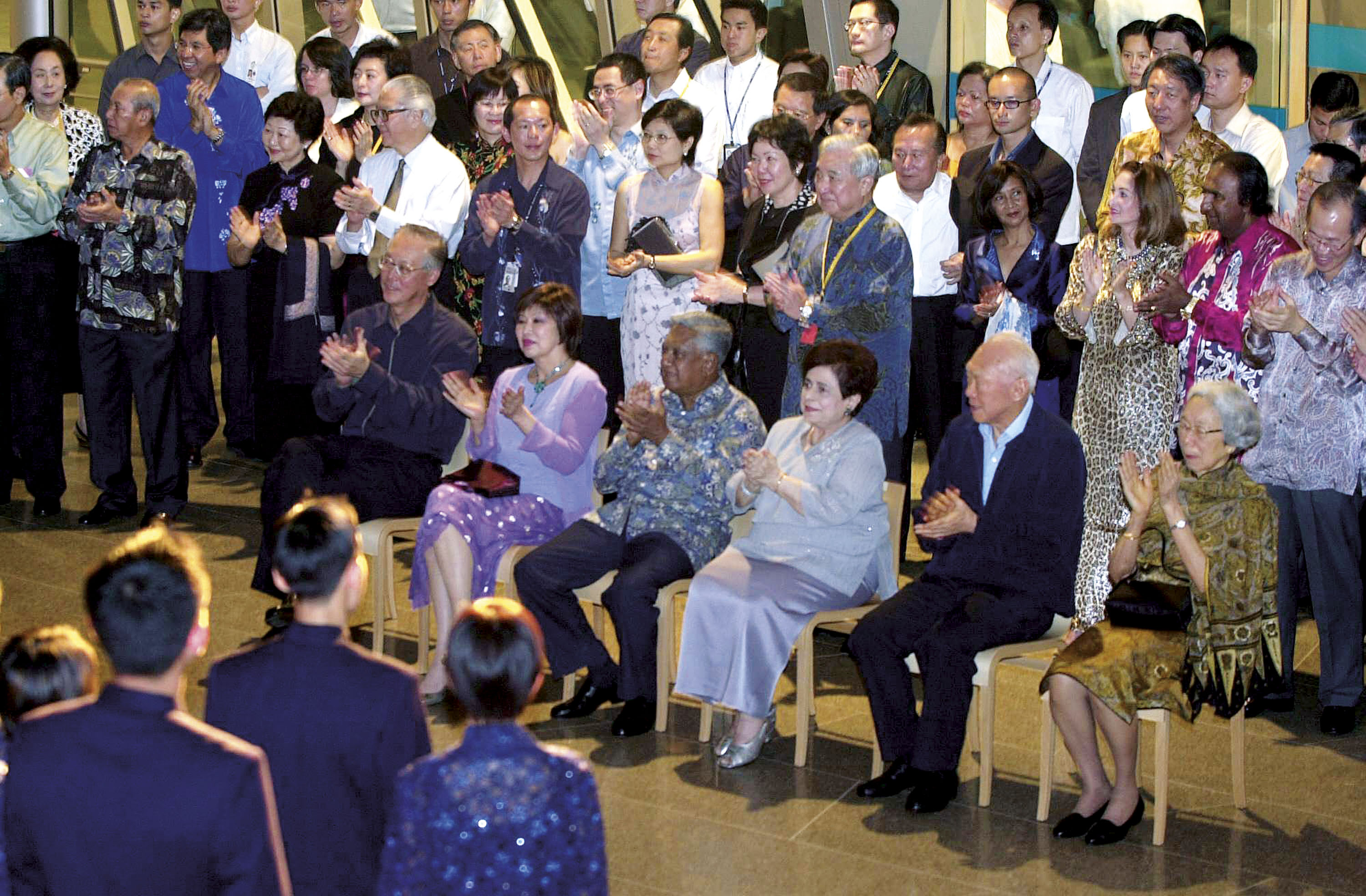 A week after the Opening Festival, Esplanade- Theatres on the Bay launched its first regular annual festival, Kalaa Utsavam- Indian Festival of Arts. Pesta Raya- Malay Festival of Arts and Huayi- Chinese Festival of Arts were launched in the following months. This ensured that there was something for the three main cultures of Singapore. 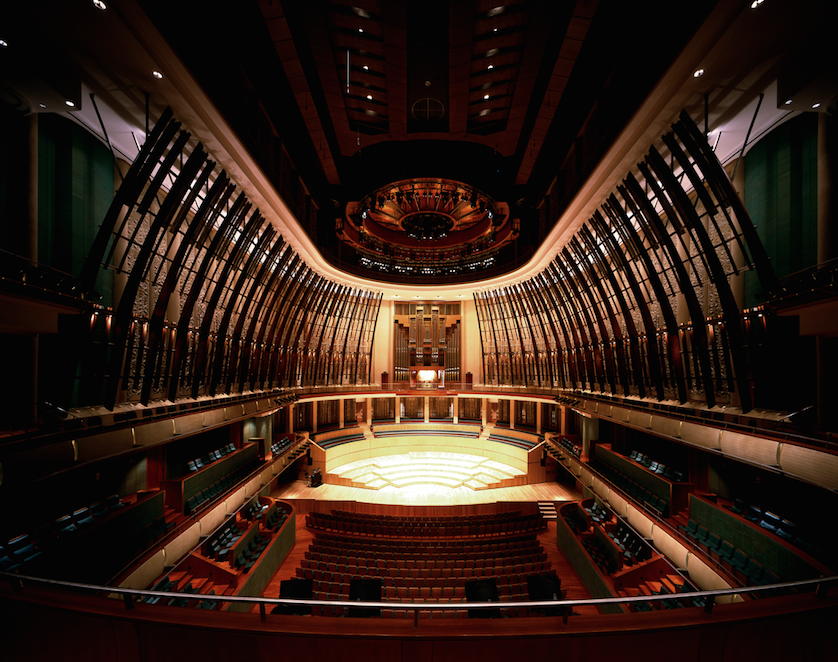 Since its inauguration Esplanade has hosted over 37,000 performances in its world class performance spaces, engaged its venues with 26 million audiences and welcomed 92 million visitors. There are more than 3,000 performances held each year and about 70% of them are free. The artists and audience are now craving more. On its 15th anniversary Esplanade has launched its plans to build a new flexible 550-seat theatre along its scenic waterfront. An outdoor activities plaza integrated with popular dining outlets at the Esplanade Annexe will also be built. This new space hopes to inspire and encourage the next generation of artists on creating and promoting works that are made in Singapore. The venue is expected to open in 2021 and cost SGD$30 million, a third of which will come from the government. The remaining $20 million is to be raised by Esplanade through corporate sponsorship and public fund-raising.

Tastes evolve over time, appetites vary, and exposure redefines pleasure. Yet icons like the “Traditional Ice cream” manage to strike a balance by being rooted in culture, reinventing and nurturing the bond with its loyal. 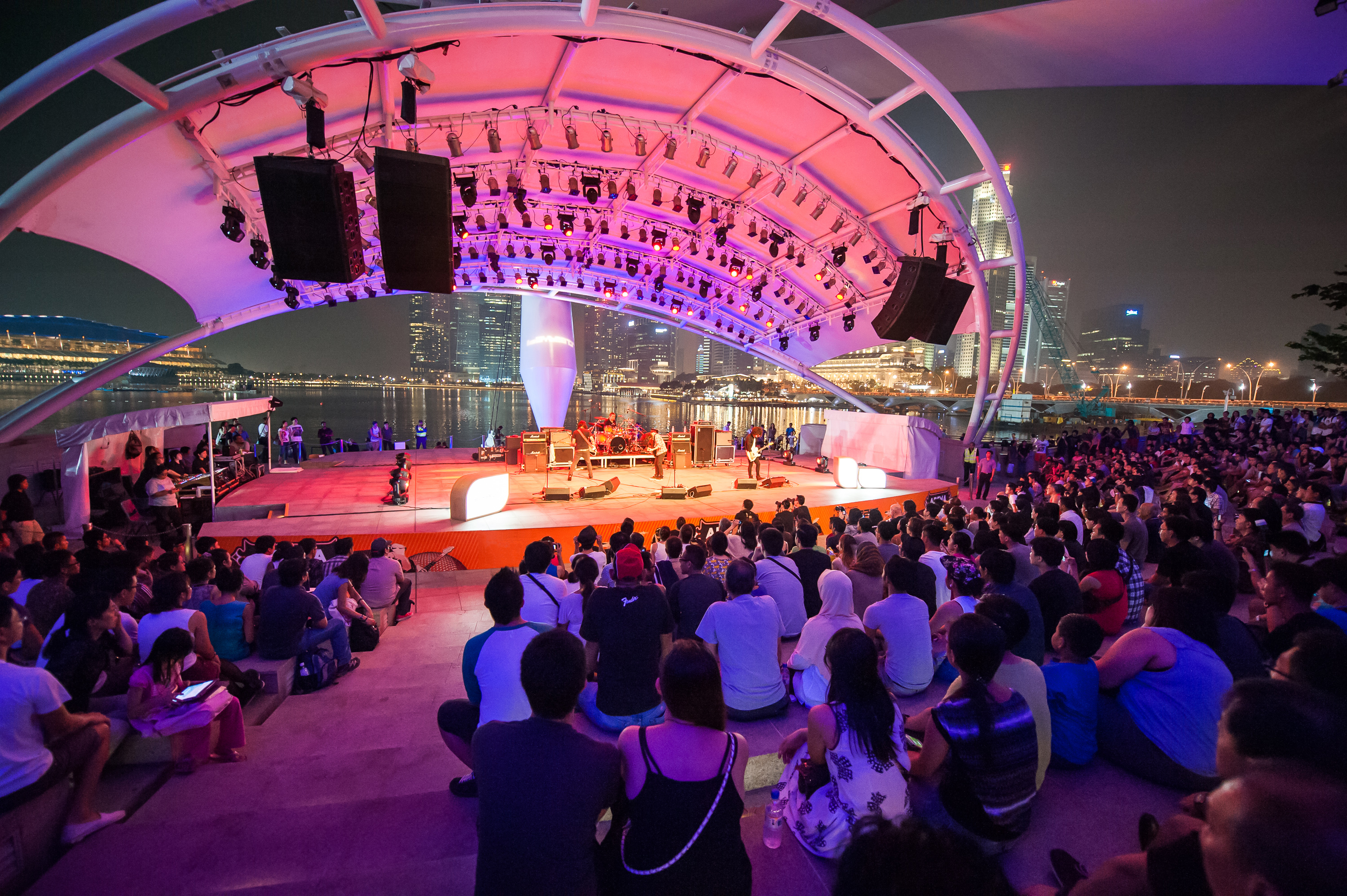 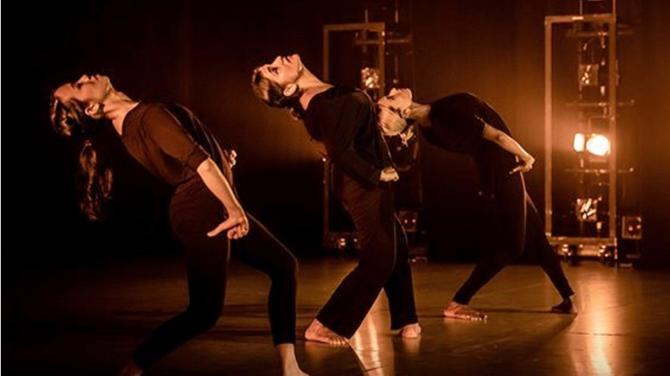