The Delhi Transport Corporation (DTC) has unveiled the first prototype of its electric bus after a delay over several factors, including the ongoing pandemic. 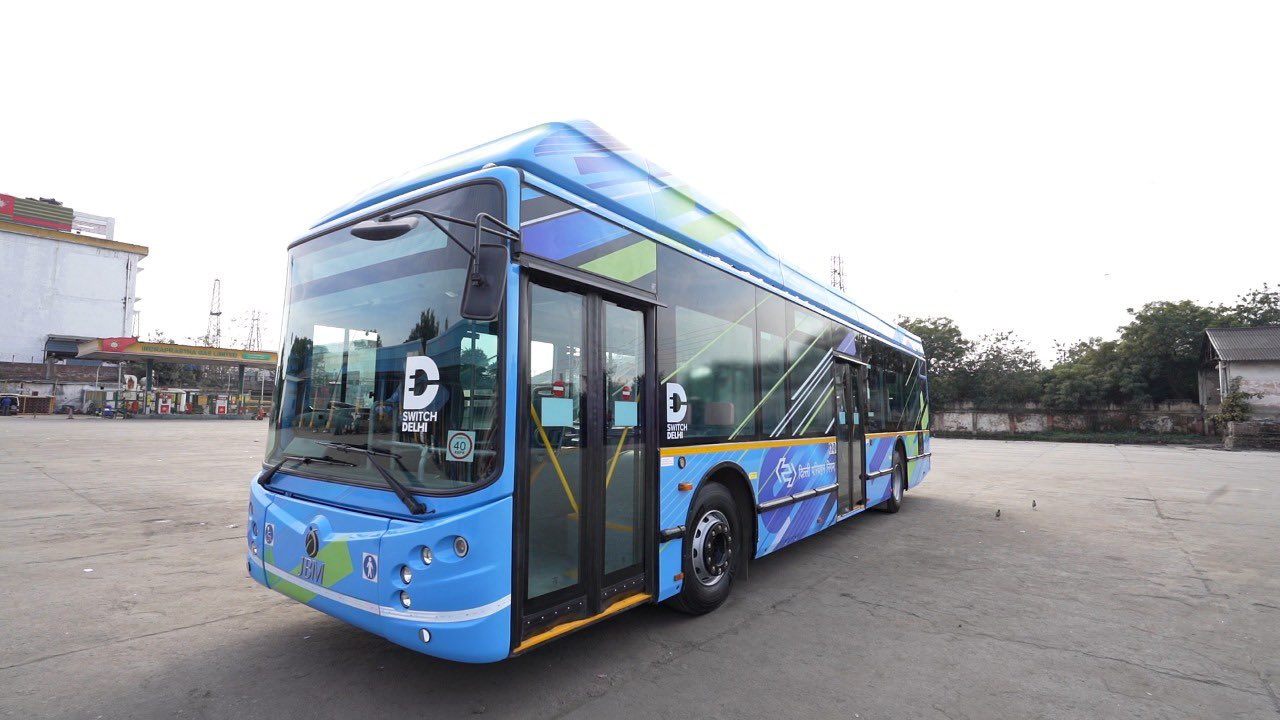 Officials said that, as many as 3,500 new electric buses will be onboarded to the DTC and Cluster fleet. Photo courtesy: Twitter/@kghalot

Transport Minister Kailash Gahlot tweeted that Delhi Chief Minister Arvind Kejriwal will flag off this electric bus, which will help in fighting against pollution.

"Congrats Delhi! After a long wait, prototype of DTC's first 100 per cent electric bus has reached Delhi! CM Arvind Kejriwal will soon flag off this electric bus," Gahlot said in a tweet.

DTC will be adding 300 electric buses to its fleet, whose delivery was slated for November last year, but was later pushed back.

Officials said that as many as 3,500 new electric buses will be onboarded to the DTC and Cluster fleet.

The transport department in October had in last year floated tenders for induction of 140 low-floor, air-conditioned electric buses, aiming to strengthen the public transport fleet and check air pollution in the city.

The DTC Board has also approved the induction of 1,245 low-floor buses, including 1,015 electric buses, to augment the aging fleet of the public transporter in the national capital, officials added.