Acknowledging the importance of NRIs in the upcoming election and the political influence they exert, the Indian National Congress has come up with a way to maximise their impact on their campaign. 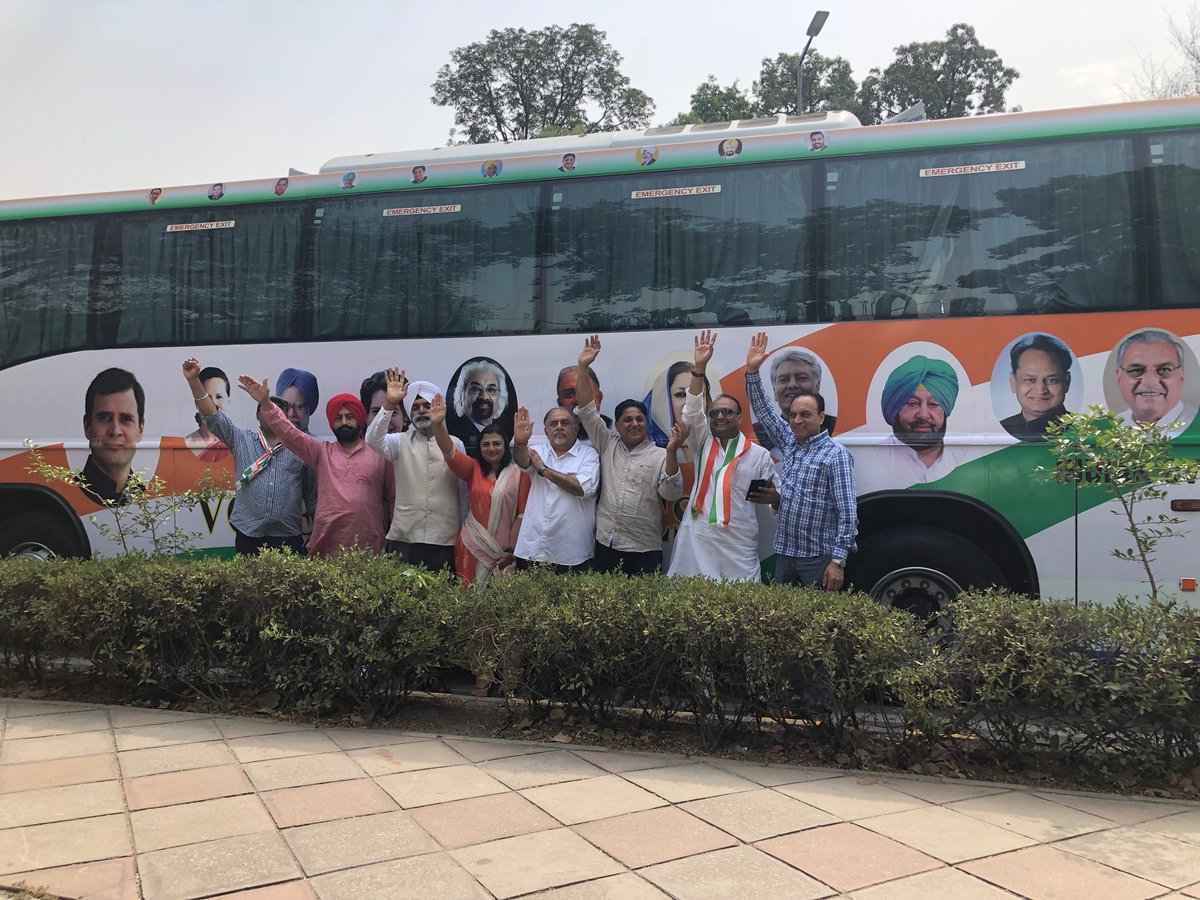 The NRIs on the bus will campaign on the trail primarily in Punjab and Haryana where their influence is well known and acknowledged prior to elections in Haryana on May 12 and Punjab on May 19. Photo courtesy: Twitter/@vyashimanshu

Indian National Overseas Congress chairman and technocrat Sam Pitroda flagged off what the party called an “NRI campaign bus” from AICC headquarters. Pitroda said the bus will campaign on the trail primarily in Punjab and Haryana where the influence of NRI population is well known and acknowledged.

Asked why the bus had been flagged off after the conclusion of four phases of Lok Sabha polls, Pitroda said, “NRIs are significant influencers in Haryana and Punjab where elections are still to be held.”

Elections for the 10 Lok Sabha seats of Haryana will be held on May 12 and to 13 seats of Punjab on May 19. The AAP had shown the impact of NRIs on politics by successfully tapping Punjab’s NRI potential on the eve of state elections in 2017.

Congress is experimenting with the idea for the first time.

One Congress NRI bus also toured Gujarat earlier. “The bus has on board many NRIs who will speak to the people about Congress’ anti-poverty scheme Nyay and a host of other promises for the revival of the economy.”