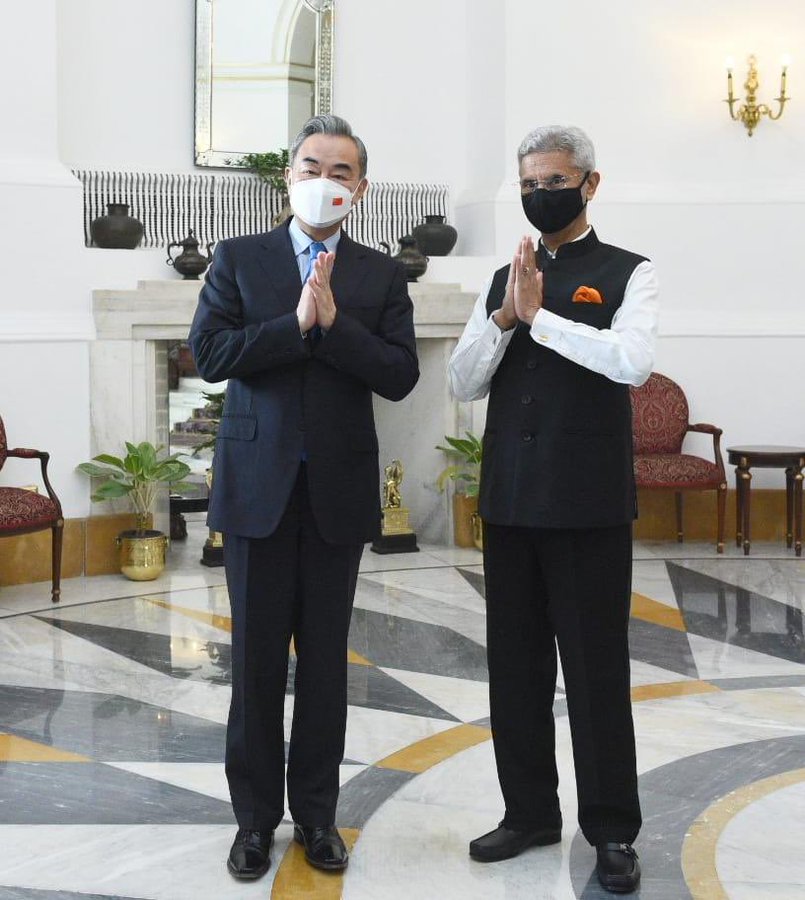 This is the first India visit by a Chinese minister since armies of both the countries fought in eastern Ladakh in May 2020.

The standoff along the Line of Actual Control (LAC), and a brutal clash in Galwan Valley in June 2020 that resulted in the death of 20 Indian soldiers and at least four Chinese troops, have taken bilateral relations to an all-time low, the Hindustan Times reported.

The two-day visit comes a day after the ministry of external affairs (MEA) hit out at him over his Kashmir remark at a meeting in Pakistan.

In a statement, the MEA rejected Yi's support for the Islamic world’s views on the Kashmir issue and said China had no locus standi to comment on the matter.

Wang made the comments while speaking at the opening ceremony of a meeting of the council of foreign ministers of the Organisation of Islamic Cooperation (OIC) hosted by Islamabad on Tuesday.

Earlier in the day, the Chinese foreign minister made a surprise stop in Afghanistan's capital Kabul to meet with the country's new Taliban rulers. Yi reportedly met Taliban leaders “to discuss various issues, including the extension of political relations, economic, and transit cooperation”.