The most awaited wedding of Bollywood has been pushed back by two weeks. Starring Kareena Kapoor Khan, Sonam Kapoor, Swara Bhaskar and Shikha Talsania, Veere Di Wedding, which was scheduled to be released on May 18, will now hit the theatres on June 1. 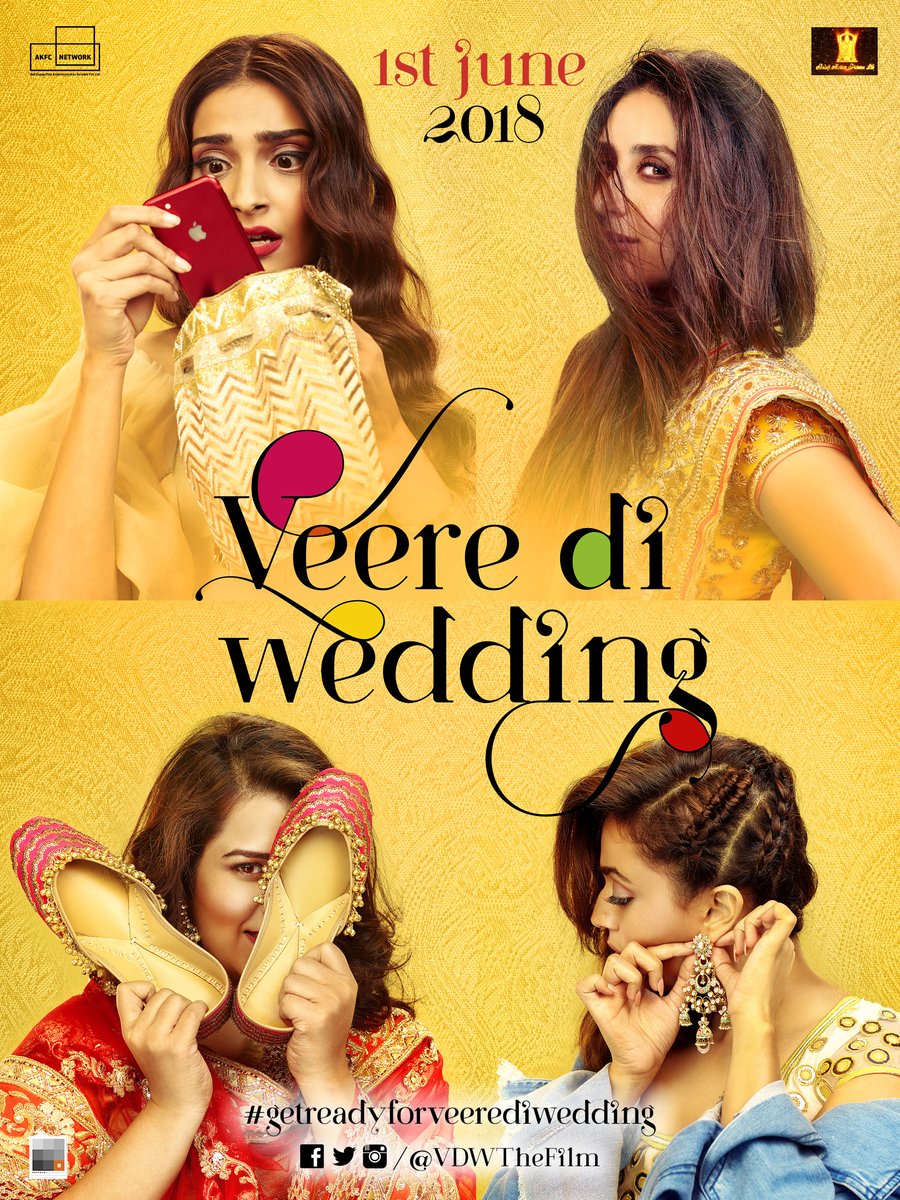 'Veere Di Wedding' is one of the most awaited Bollywood films. Photo courtesy: Twitter@vdwthefilm

The makers and the stars shared the news with a new poster. The official Twitter page of the movie posted, “The next Shaadi season will start with a mad one! #GetReadyForVeereDiWedding on June, 2018…”

Directed by Shashanka Ghosh, who earlier helmed the Sonam Kapoor and Fawad Khan starrer Khoobsurat in 2014, Veere Di Wedding is written by Nidhi Mehra and Mehul Suri. It has been shot in Mumbai, Delhi and Phuket.

The producers of the film, Balaji Motion Pictures, had announced the new release date on their official Twitter handle by tweeting, "A wedding to remember and a date that’s unforgettable! Block your calendars for Veere Di Wedding on 1st June 2018. RSVP nowww! :)

Sonam Kapoor tweeted, “June 1, 2018 it is!! Mark your calendars and #GetReadyForVeereDiWedding.”