A spokesperson for India's National Investigation Agency (NIA) revealed that US-based Pro-Khalistani secessionist group Sikhs for Justice (SFJ) has been perpetuating anti-India sentiments within the Sikh community in the Indian Army. 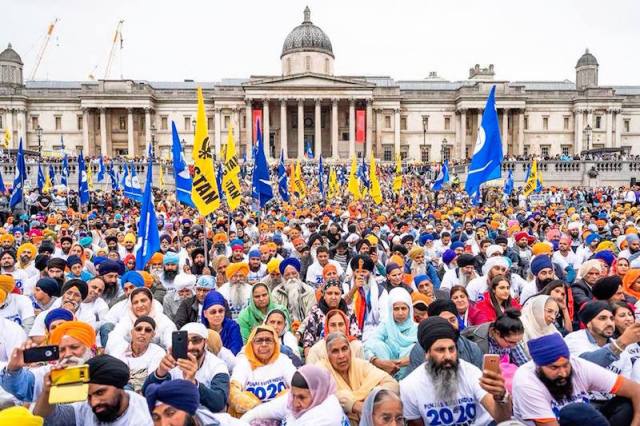 The Khalistani group outlawed by the Indian government last year operates in countries like USA, Canada, the UK, and Australia.Photo courtesy: Facebook/Sikhs for Justice

“The SFJ has been attempting to undermine the security of the Indian State by instigating Sikh personnel in the Indian army to rise in mutiny against India besides trying to radicalise youths of Kashmir and openly extending support for the secession of Kashmir from India,” the NIA said.

The NIA spokesperson revealed that based on the dossiers provided by the probe agency, and other central agencies, the chief patrons of SFJ – Gurpatwant Singh Pannun, Hardeep Singh Nijjar and Paramjit Singh alias Pamma – have been designated as ‘terrorists’ under the stringent anti-terror law Unlawful Activities (Prevention) Act (UAPA).

Meanwhile, the NIA has filed a chargesheet against 16 Khalistanis based out of US, UK, and Canada accused in "concerted secessionist campaign under the banner of ‘Referendum 2020’ for creation of Khalistan".

The chargesheet was filed in "Referendum 2020/SFJ case under Unlawful Activities (Prevention) Act, 1967 in a Delhi court.

All are members of the Khalistani group outlawed by the Indian government last year, which operates in countries like USA, Canada, the UK, and Australia.