Arranged marriage versus love marriage is a long debated topic, the subject of many a meme, joke and movie.

It is this tug of war that playwright A.Yagnya’s, Between 5 Cows and the Deep Blue Sea explores as part of Brown Voices Collective’s presentation for Esplanade - Theatres on the Bay’s Raga 2020 series.

“I’ve always had stories brewing in my head that I’ve wanted to tell… so when Sharda Harrison (a Singapore-based theatre maker) reached out to me to start workshopping 5 Cows, I was overjoyed because this story would not have happened if she hadn’t kickstarted it,” Yagnya told Connected to India.

Searching for love amidst the debate between love and arranged marriage, this dramatised reading of Between 5 Cows and the Deep Blue Sea is directed by Rebekah Sangeetha Dorai and stars Sajini and Kewel Kartik.

“I worked with Shanice Stanislaus (a dance and theatre artist from Singapore) to develop the very earliest scenes and just when I’d done the first draft, Brown Voices asked if I’d want to join them. It all kind of fell into place and hearing my story grow in this organic manner has been magical,” said Yagnya. 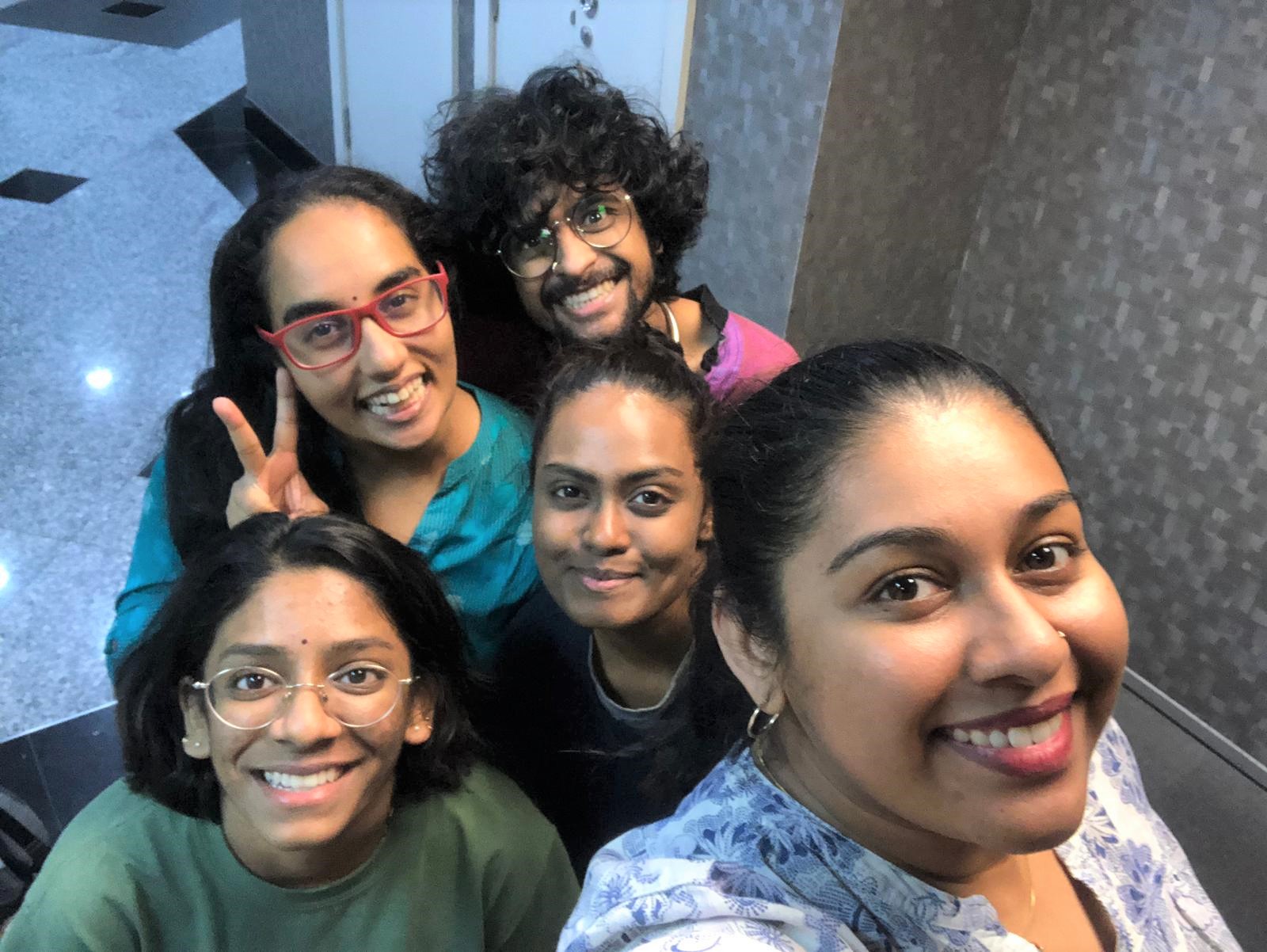 Between 5 Cows and the Deep Blue Sea is Brown Voices Collective first event of 2020, presented as part of Esplanade - Theatres on the Bay's Raga Series, by the cast of Sajini and Kewel Kartik directed by Rebekah Sangeetha Dorai and written by A. Yagnya. Photo Courtesy: Esplanade

Having done a Bachelor of Arts (BA) course which focussed on directing, playwriting and dramaturgy, Yagnya chose to go down the directing path. However, she always had a strong interest in devised theatre, especially since her first internship was at The Necessary Stage - a Singaporean non-profit theatre company with charity status.

The unique performance genre of dramatised readings is not new to the playwright.

“I did my first ever dramatised read for TheatreWorks way back when I was still in secondary school. That’s my first memory of doing something with a professional theatre group actually, and we read some extracts from plays written at the 24 hour playwriting competition,” she recalled.

Dramatised reading is described by  Yagnya as something with “minimal movements, sets, lighting”. In other words, just enough to give the audience an idea of how the play could be fleshed out if it were to be produced like a typical play.

“I always see dramatised readings as a kind of test lab for fresh plays”, she added. 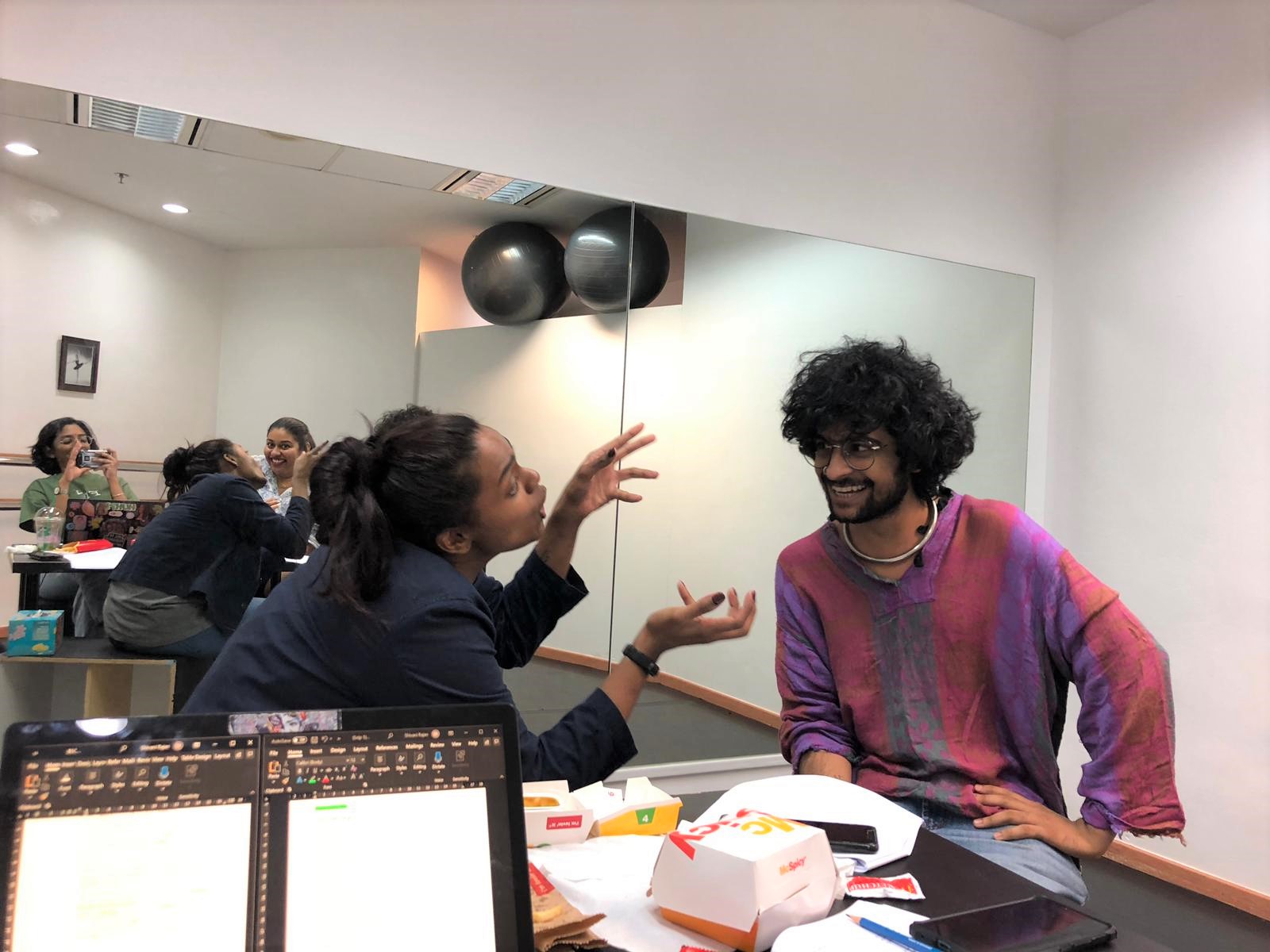 The cast of Between 5 Cows and the Deep Blue Sea, Sajini and Kewel Kartik, rehearsing for the dramatized reading. Photo Courtesy: Esplanade

While directing is her first love, she has been making forays into playwriting as well, starting with the Prism of Truth, which she wrote for the Huayi Festival 2020 by GroundZ-0.

Moving into playwriting took her by surprise, says Yagnya. “It was equally fulfilling.”

One of the biggest support systems in her journey in theatre has been Centre 42 - a theatre development space in Singapore which incubates original writing for production development and provides a space for artists and new creations.

“Centre 42 has been an amazing incubation space to workshop this piece under Brown Voices and numerous other new works have come out of Centre 42. I hope for this kind of support system to grow in Singapore,” Yagnya told Connected to India.

Being staged on March 29, Between 5 Cows and the Deep Blue Sea tells the story of a girl’s struggle for her identity as she grapples to find the best path between age old match-making customs and the modern dating culture to find her “happily ever after”.