Actor Akshay Kumar is gearing up for some major underwater and ocean shoots in Sri Lanka for his next film 'Ram Setu' slated for release in November this year. 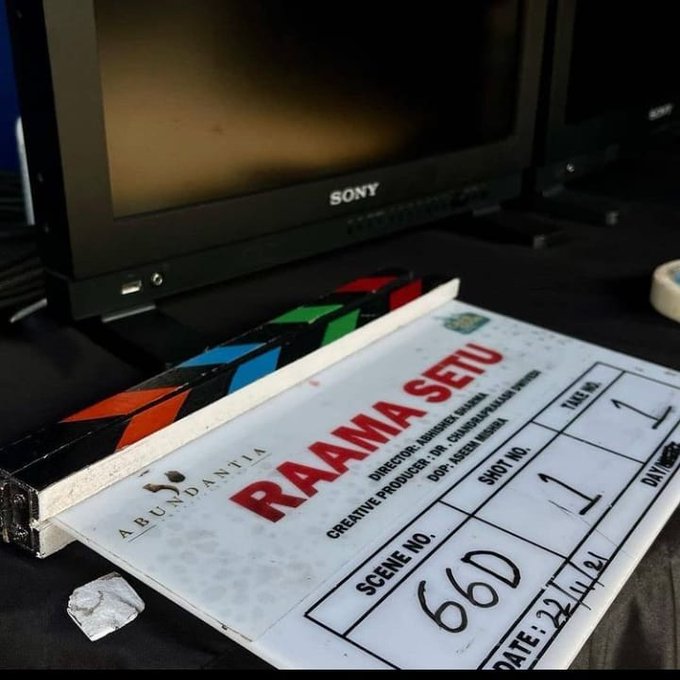 The underwater shoot sequence, which was to be filmed on Akshay Kumar in the Lankan nation, would not be possible due to the ongoing Covid-19 pandemic, News18 said in its report.

"After doing some research and on-location recce, the team has finalised Daman and Diu as their next-best bet to shoot these sequences. But there are some more shots which are remaining and the makers have decided to finish it in Mumbai. Akshay will be seen doing some high-octane underwater sequences for which an international crew has also been hired," a source was quoted saying to News18.

The source further told the website that the 'Ram Setu' team is left with just the last schedule, which was supposed to start from January end onwards.

"There is about a month of shooting left of 'Ram Setu' which the makers have decided to finish in Mumbai. The production team is currently setting up the entire schedule and it will be an indoor as well as outdoor shoot. The team expects to begin shooting by the end of this month," the source told News18.

'Ram Setu' has been directed by Abhishek Sharma and was first announced on Diwali 2020. Akshay's late mother, Aruna Bhatia, was one of the producers.

Following the film's theatrical release in October 2022, 'Ram Setu' will soon be available for Prime members in India, along with more than 240 countries and territories. Amazon Prime will also be the worldwide exclusive streaming partner for the film.