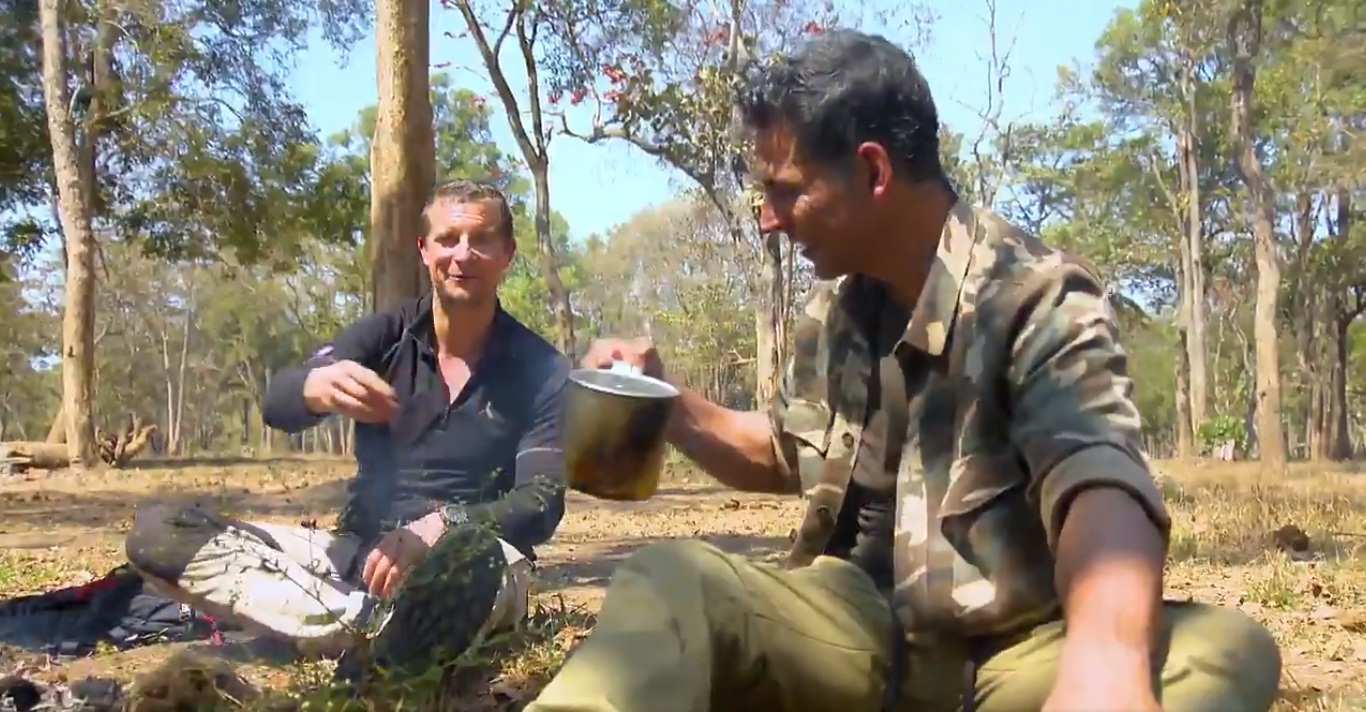 Hindi film actor Akshay Kumar is the latest in the line of Indian celebrities to make an appearance on the popular show Into The Wild With Bear Grylls. The actor explores the wilderness with British adventurer Bear Grylls in the recently posted trailer of the show.

In the trailer, the actor and Grylls explore the Bandipur Tiger Reserve, cross crocodile-infested rivers and more. The 52-year-old Kumar was even surprised by Grylls when he made his drink elephant poop tea.

"I visualised stiff challenges prior to Into The Wild... but Bear Grylls completely surprised me with the elephant poop tea. What a day," tweeted Kumar.

I visualized stiff challenges prior to #IntoTheWildWithBearGrylls but @bearGrylls completely surprised me with the elephant poop tea 💩 What a day 🐊😂 @DiscoveryIn @DiscoveryPlusIn pic.twitter.com/m6YfQXmCcM

In the trailer, Akshay Kumar describes himself as a "reel hero" and says that Grylls is a "real hero."

Prior to Akshay Kumar, Indian Prime Minister Narendra Modi made an appearance on the show - an episode which was the highest rated ever for the show. Filmstar Rajinikanth has also been on the show, fetching the series its second-highest-rated show.