Reversing its long-standing policy, the All India Football Federation (AIFF) has looked beyond the borders of India to recruit talent for the Under-17 team. The India Under-17 football team for the World Cup next month has a Canadian who has opted for an Indian passport in Sunny Dhaliwal and Namit Deshpande, who was scouted from New Jersey in USA, goal.com reported.

The Overseas Scouting Project (OSP), conceptualised by Abhishek Yadav who serves as the Director of Scouting and launched by the AIFF and Sports Authority of India (SAI) has been a massive success. 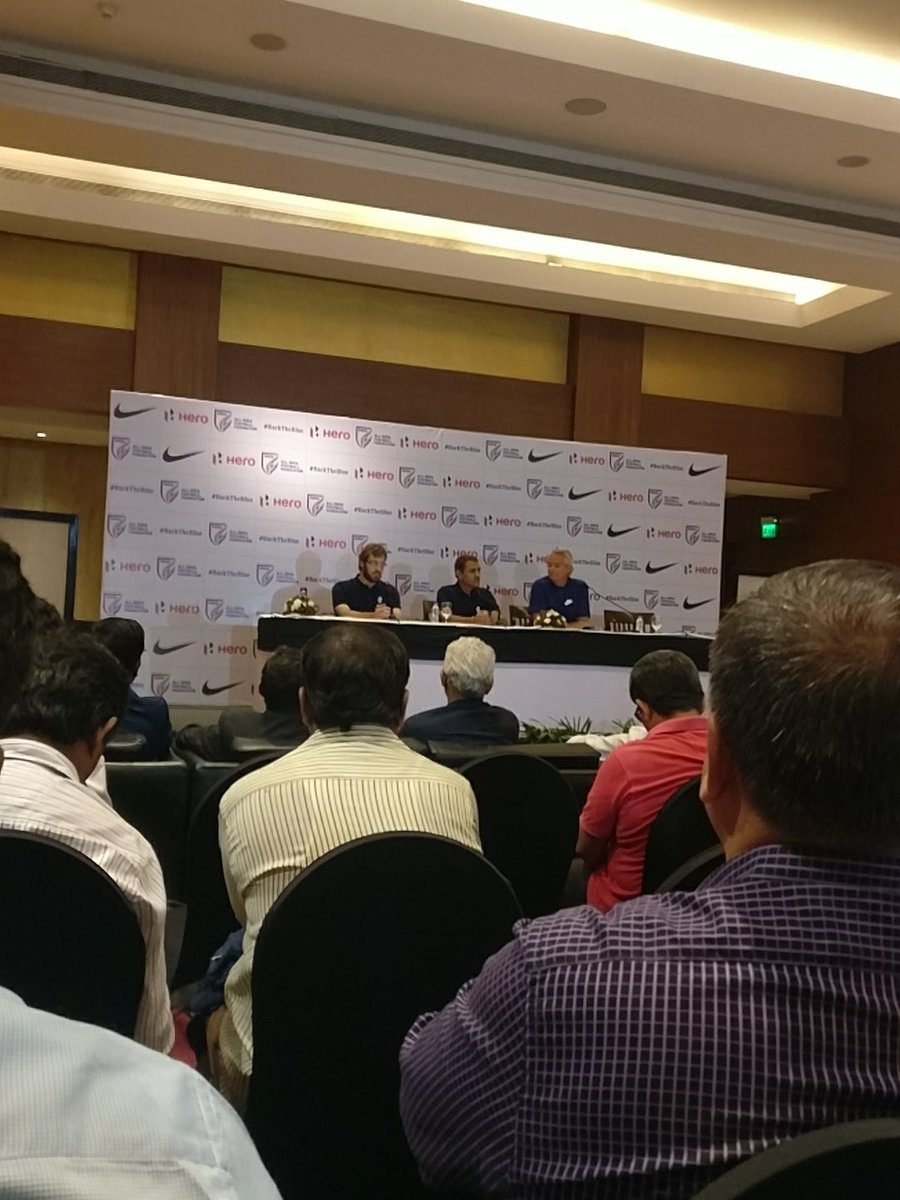 AIFF president Praful Patel (centre) at a press conference announcing the launch of the U17 World Cup. Photo courtesy: Twitter/@Ashish_peter284

​AIFF president Praful Patel has called the programme "a resounding success". The programme was launched keeping the U-17 World Cup in mind but Patel said that "we will be happy to continue with it". On September 21, head coach Luis Norton de Matos announced his 21-man squad for the FIFA U-17 World Cup 2017.

"We are happy to continue overseas scouting programme. If there is any available talent complying with all the government regulations then we will be more than happy to encourage them as they are also as Indian as we all are," said Patel. Asked about the future of the programme apart from the U-17 team he said, "We will in due course continue this programme in other age groups too. But we have to honour the laws of the land."

AIFF President is open to extending the Overseas Scouting Programme to other age groups. The experience has been an eye opener. #FIFAU17WC

"People assume that any Person of Indian Origin (PIO) can play for India, but it is not the case. You need to be an Indian passport holder to be eligible. You also cannot be a dual citizen or passport holder. The laws are quite clear about citizenship and who can represent India," he added.

“But yes if there are candidates of Indian origin complying with all our regulations, we will be more than happy to encourage them. There is no reason to not include them. We will continue to scout.”

The AIFF has left no stone unturned in their bid to ensure the India U17 team is well prepared for next month's FIFA U17 World Cup. An important part of that project has been the identification of the best young talents from all parts of the country.

But the AIFF's scouting team, led by Abhishek Yadav, went a level above to ensure every avenue to find good players was explored. In partnership with the SAI, the OSP was launched to ensure NRIs also had a chance to play for the India U17 team.

US-based NRI Namit Deshpande, one of the defensive mainstays of this India U17 team, has turned out to be one of the early fruits the OSP has offered the nation. Still, the story of him making the India team was not as simple and straightforward as that.

Namit, who hails from the Shivaji Park area in Dadar, Mumbai, moved to New Jersey in the United States of America with his parents when he was less than two years old. However, he had a valid Indian passport which meant he could apply when the AIFF and SAI launched the OSP.

His CV was sent to the scouting team who invited the tall central defender to Brazil where the India U17 team, under the tutelage of former coach Nicolai Adam, was participating in the Atletico Paranaense invitational youth tournament in December 2016.

He flew down with his father and was with the team for 10 days and impressed the German coach so much that he wanted him to join the team immediately.

Namit, who also excelled in academics, wanted to join the team only later in 2017 since he had classes and exams going on in the US. But Adam was not prepared to wait too long for the defender.

Namit's father subsequently informed Abhishek Yadav that his son could not join immediately and went back to the US. However, Abhishek, in particular, kept in touch with Namit's father and used to keep him updated about the team developments which turned out to be key in this saga. 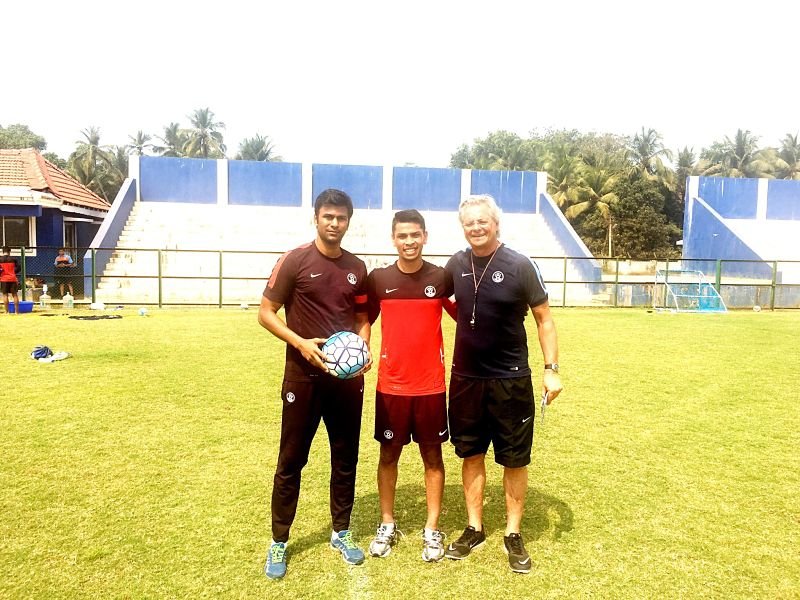 Then came the twist that brought Namit into the picture again. Nicolai Adam and AIFF parted ways and Portuguese coach Luis Norton de Matos took over the team. The 63-year-old wanted to add some physique to the defence and was on the lookout for a sturdy central defender, and Namit was given another trial.

"Namit's father had genuine concerns regarding the state of his academics. But we did not want the trail to go cold and had kept in touch with them (Namit and his father) even after they went back to the US. That turned out to be key as when another opportunity came knocking and we invited him for a trial, Namit's father did not have any doubts as to how genuine we were. Everything fell in place as we went the extra mile to convince his father," said Abhishek Yadav, who is also the India U17 team Chief Operating Officer (COO).

Luis Norton de Matos was convinced of Namit's abilities immediately. Namit subsequently went back to the USA after the trial and joined the team in May during their exposure trip in Italy.

He went back again to the US after the tour to write his examinations and is now back there training with the first ever Indian team set to play in a FIFA World Cup. On October 6, in what is a rare instance in Indian sport, we could possibly see an NRI take to the field against the country where he is based.

Canadian-born goalkeeper Sunny Dhaliwal went to great lengths to play for the team and his final participation involved some creative thinking.

Dhaliwal, having been born in Canada, did not have a valid Indian passport in March and was not eligible to play for India despite being born to Indian parents. While Sunny and his parents were keen that he play for India, the lack of a passport was a formidable obstacle. 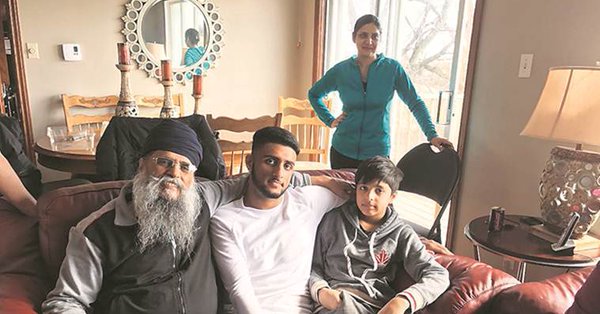 Sunny’s father was asked to follow up in an official manner with the Consul General of India (CGI) in Toronto while the team management told him they would also try and resolve the issue. But there was no clear precedent as to how the case should be resolved. Kishore Taid, on behalf of the AIFF, also shot off a letter to the Home Ministry.

The ministry responded after 15 days with the rules and possibilities. There was a lack of clarity and things seemed to be hitting a dead end. During the U17 World Cup draw on July 7, Abhishek Yadav, Bhaichung Bhutia and Kishore Taid met with AIFF President Praful Patel to discuss the issue. Patel projected a positive picture and was confident of getting the deal done and asked the team to seek his help for pushing the matters through.A chance meeting with the Sports Authority of India (SAI) DG Injeti Srinivas, who is also the Sports Secretary, led to Sunny’s case being fast-tracked by the bureaucracy.

“When we broached the OSP with him (Injeti Srinivas), he was very interested in the project and was convinced of its potential within 30 minutes. His inputs strengthened and fine-tuned the project. In the Sunny issue, his intervention changed the outlook of the case,” said Yadav.

Meanwhile, Patel also helped the team follow up with the Home Ministry through Union Minister of State for Home Affairs Kiren Rijiju.

Approval for Sunny came on July 24 and his Indian passport was issued within two days on July 26. Sunny joined the U17 team in Mexico for the Four-Nation tournament in the first week of August.

“This was a collective effort by the Government of India, SAI and the AIFF. It wouldn’t have been possible without the support of Kiren Rijiju and Praful Patel. This is certainly a precedent for everyone to follow with regards to the process of getting a passport for an NRI Athlete,” Kishore Taid said.

The AIFF and SAI, along with Sunny Dhaliwal’s parents, have set a brilliant example to follow for NRI athletes to obtain a valid Indian passport and represent the country in the future. 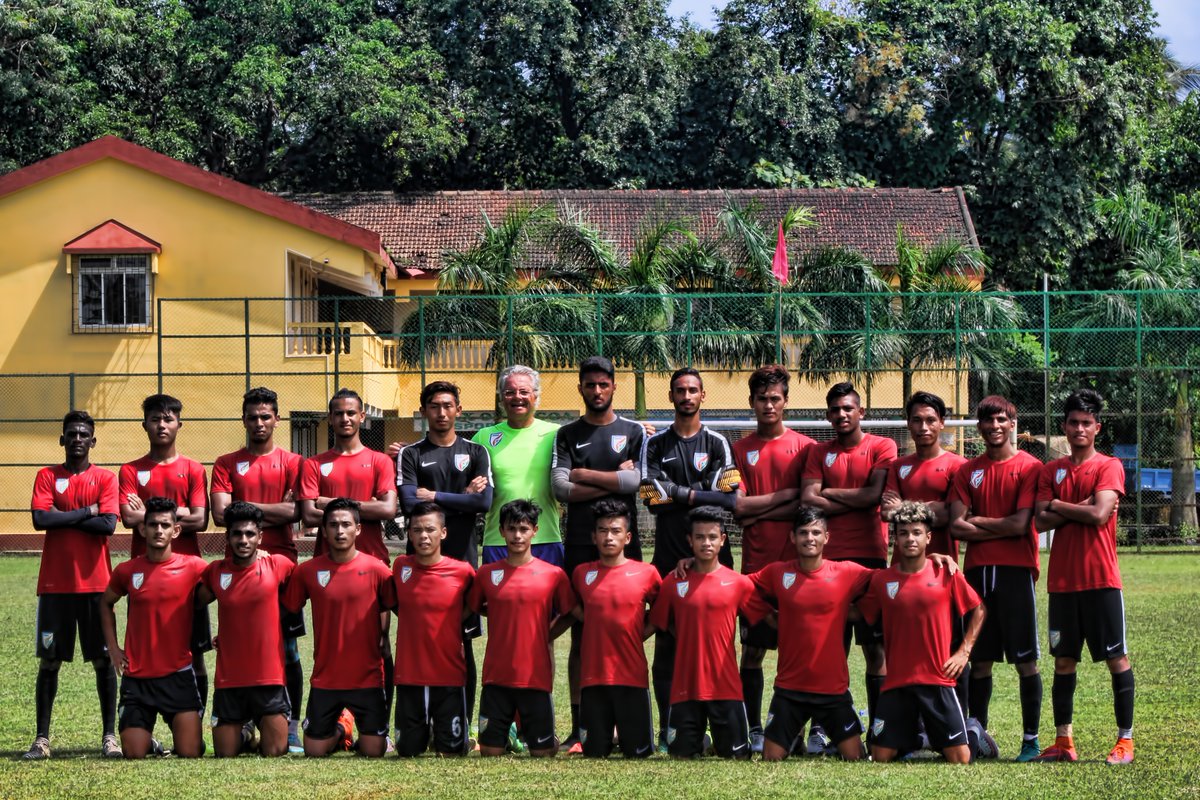