Ahmedabad, the largest city in Prime Minister Narendra Modi’s home state of Gujarat, boasts 30-odd museums but the stunning Kite Museum in the 608-year-old world heritage city is in a class of its own.

The kite-flying season begins in December but visitors walking into this comparatively small treasure house of paper-birds any time of the year are instantly transported into the midst of the cacophonic, festive revelry when the sky is dotted with multi-hued kites flown by merry-making men, women and children packed like sardines on rooftops as loudspeakers belt out latest Bollywood songs.

Indeed, the 125 original, brightly-coloured, unusual kites of all sizes, shapes and materials placed in vertically-mounted glass panels backlit by white, fluorescent tube-lights to simulate a background resembling a sunny sky are sure to take your breath away as you go round in the well-illuminated passageways. 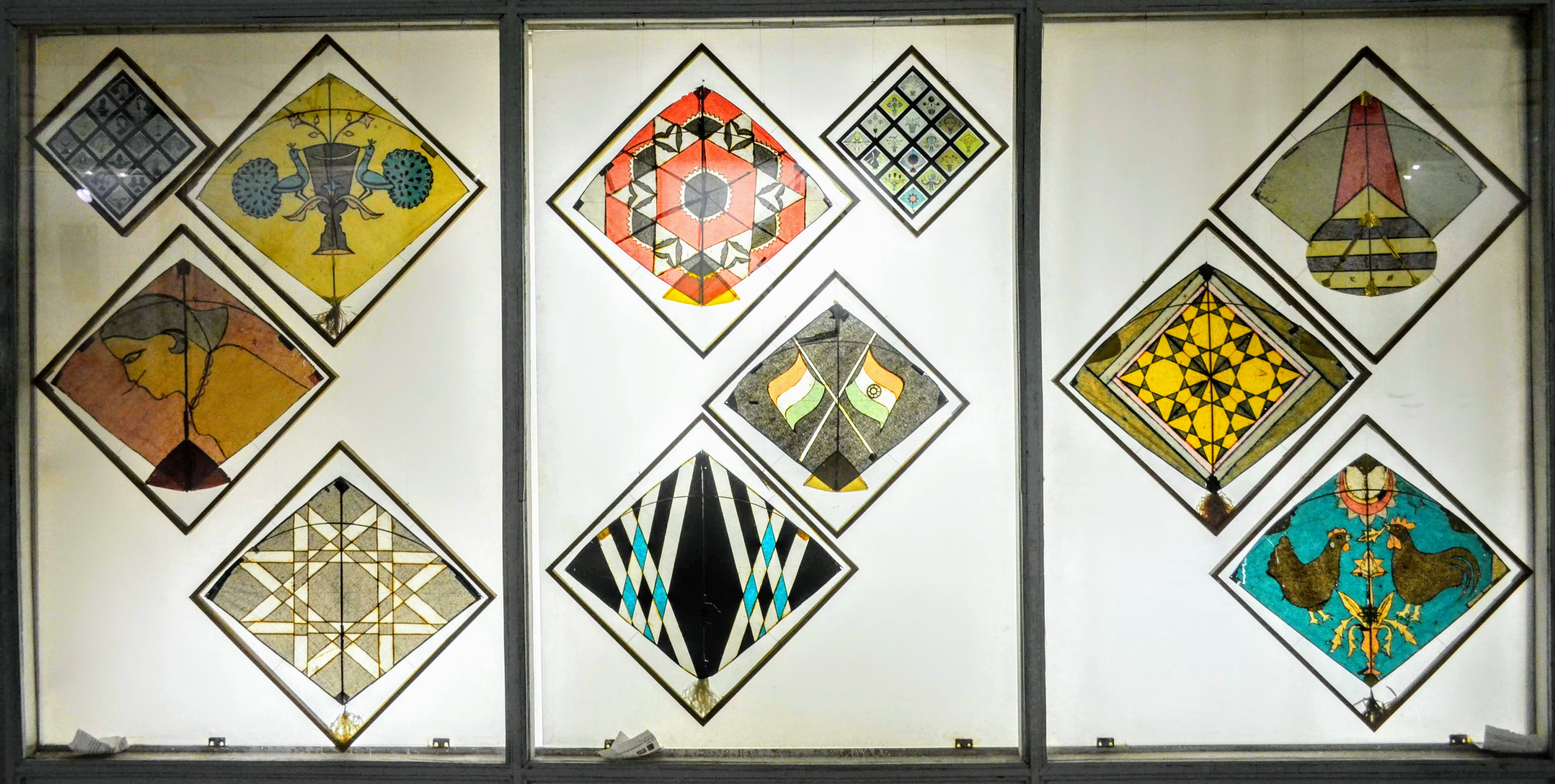 Add to this the 250-odd eye-catching kites captured on wondrous colour slides, the countless life-size photographs depicting the kite-flying craze of Gujaratis, and various charts, sketches as well as drawings on history of kites, and you know why India’s only ‘Patang (kite) Museum’, and one of only two in the world, is a must in a tourist’s itinerary.

The unique exhibits range from miniature kites to massive ones measuring more than 20 feet, kites with mind-boggling geometric designs and others depicting birds, animals, trees and human figures, the oldest being 70 years old but all of them with intricate design and craft.

And mind you, the terrific designs on these kites from all over the country are not painted but made up of tiny scraps of translucent paper meticulously glued by dextrous artisans what with one having been pieced together with as many as 400 bits of papers of different colours.

“The contrast between the diaphanous, delicate paper and the bamboo frame stuck on it make all kites wonderful pieces of art,” wrote Ramji Desai, an Ahmedabad-born former police officer now living in Atlanta (the United States), in the visitors’ diary of the museum which signed a memorandum of understanding with Layang-layang Museum of Jakarta during Modi’s visit to Indonesia not long ago.

If kites with figures of Radha-Krishna and Nehru Gandhi leave visitors spellbound, they are also bowled over by Hexagonal Japanese paper-birds called Rokoku. No less absorbing are the full-scale large photographs that portray the kite-fliers’ frenzy, and the numberless illustrations that narrate the history of kites, starting from 200 BC when Huien Tsang flew a kite at night that stunned the army of Liu Pang of Han dynasty in China. 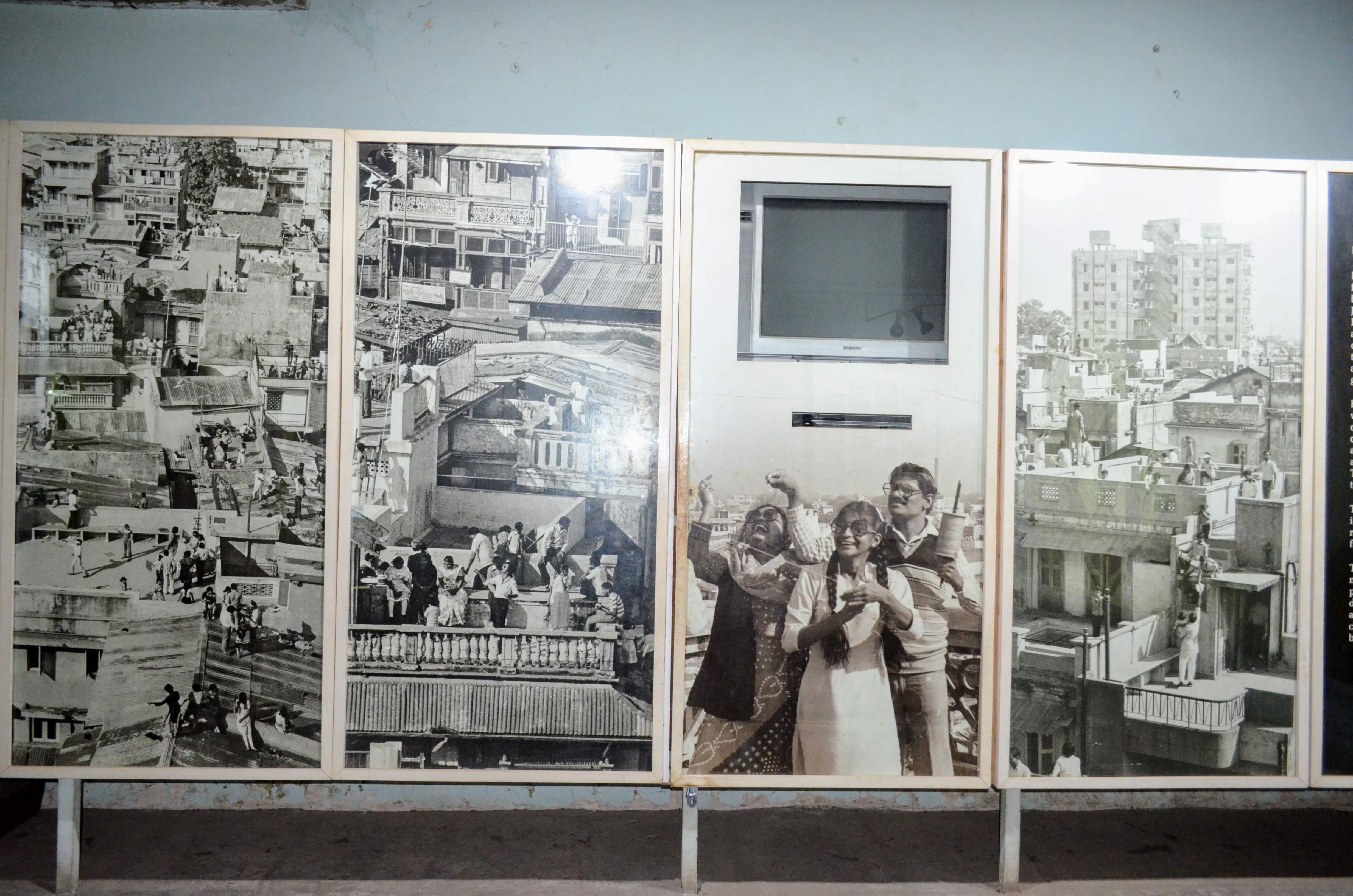 More drawings and sketches elucidate how Benjamin Franklin showed to the world that lightning was electricity by flying a kite through a thunderstorm in 1752, and explaining how kite-flying eventually led to the Wright Brothers developing the airplane in 1902 and the advent of modern kites till 1985.

A special attraction is a seven-minute video film on how the vibrant kites are made, mostly by hard-up Muslim women, in Ahmedabad, and sold as well as flown during the climax of the 45-day season in the three-day kite fete, Uttarayan, including the annual government-sponsored international kite festival that draws expert kitists from all over the globe. 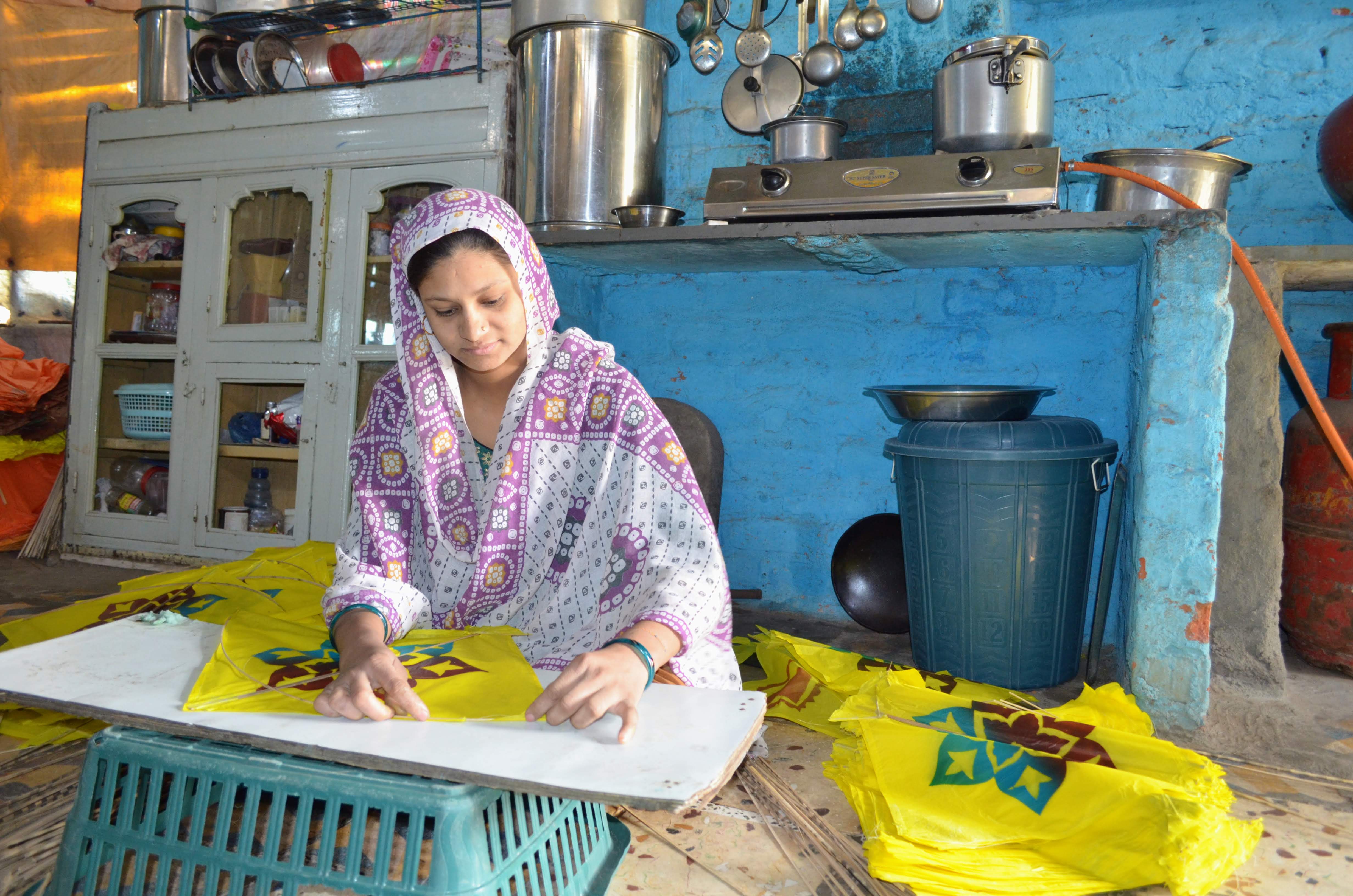 The kites are made mostly by cash-starved but dextrous Muslim women in Ahmedabad. Photo courtesy: Kunal Trivedi

Well, the brain behind the unique gallery, only the second in the world to be set up in 1986, some 10 years after the first one in Japan, is now-octogenarian Bhanu Shah, a first-rate museologist who has also made waves as poet, writer, painter, designer, photographer and child educator. 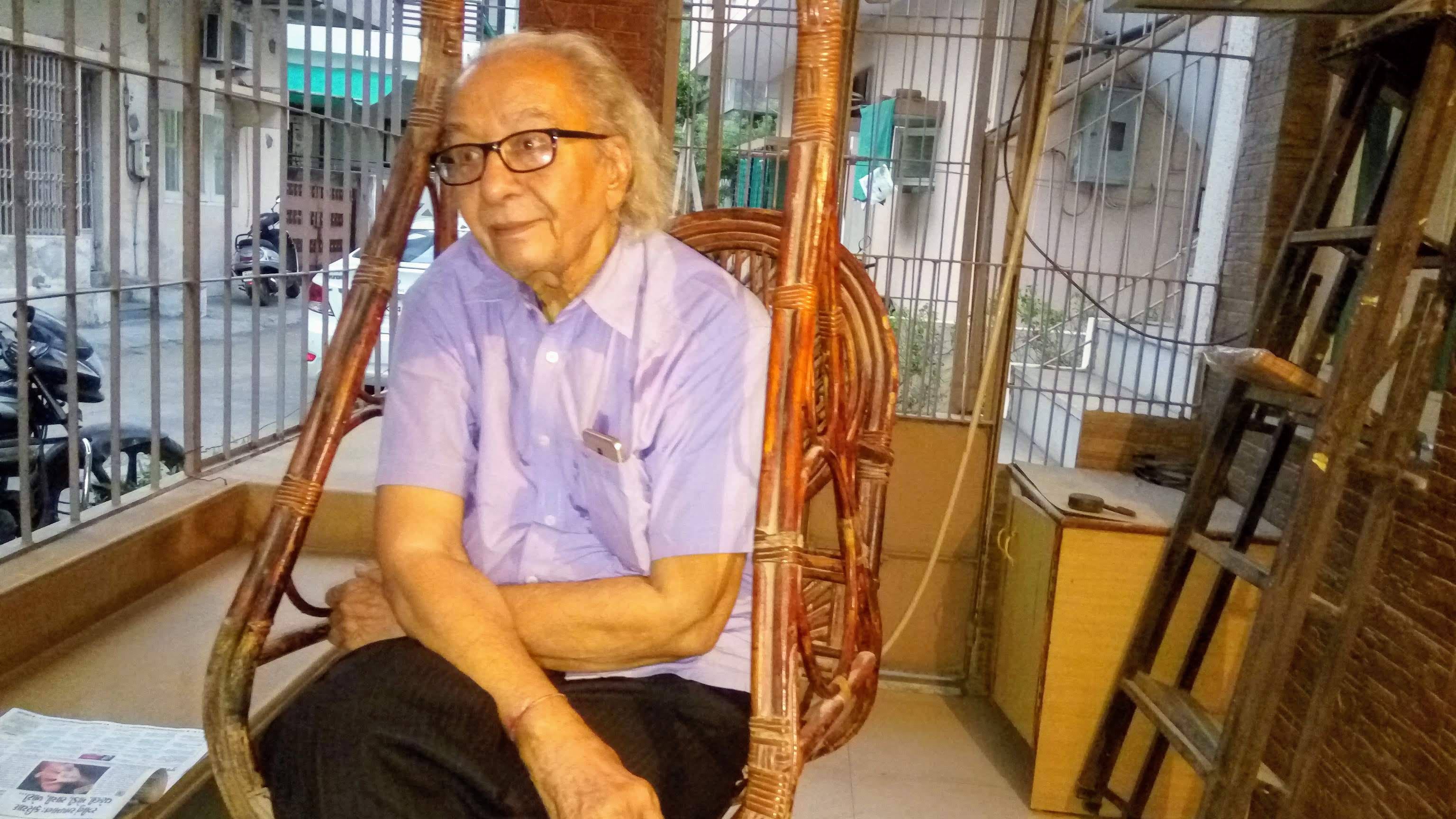 Bhanu Shah donated his 50-year-old rare collection of kites to facilitate the setting up of the museum. Photo courtesy: Mahesh Trivedi

“Ever since I fell in love with kites when I was 21, I wanted to collect kites and create an impression of numerous kites in the sky just as one would see on the festival day here in Ahmedabad,” says Shah, who donated his rare collection of best kites among his hundreds of possessions to the local civic body for dreaming up a new-fangled museum 33 years ago, and continues to take care of them even at a ripe age of 84.

The selfless man has gathered some 1,500 distinctive, one-of-a-kind kites by spending a fortune, travelling far and wide intermittently for 50 years, visiting every nook and cranny of the country, and paying through his nose to unwilling shopkeepers.

What’s more, the exhaustive information about kites in the museum has been the result of his five years of painstaking research, corresponding with scores of historians, Sanskrit scholars, archaeologists and museum curators to seek minutest details about kites.

Shah, along with his equally avid two kitist sons, has mesmerised millions at 21 global kite festivals in Dubai, Singapore, Denmark, Paris, London, New York, Bangkok, etc. by displaying not only his far-out kites but also the trio’s enviable kite-flying skills.