Ahead of the Kumbh Mela in Prayagraj next month, Prime Minister Narendra Modi has inaugurated a state-of-art integrated command and control centre to ensure security and smooth functioning of facilities at the biggest religious congregation on the planet. 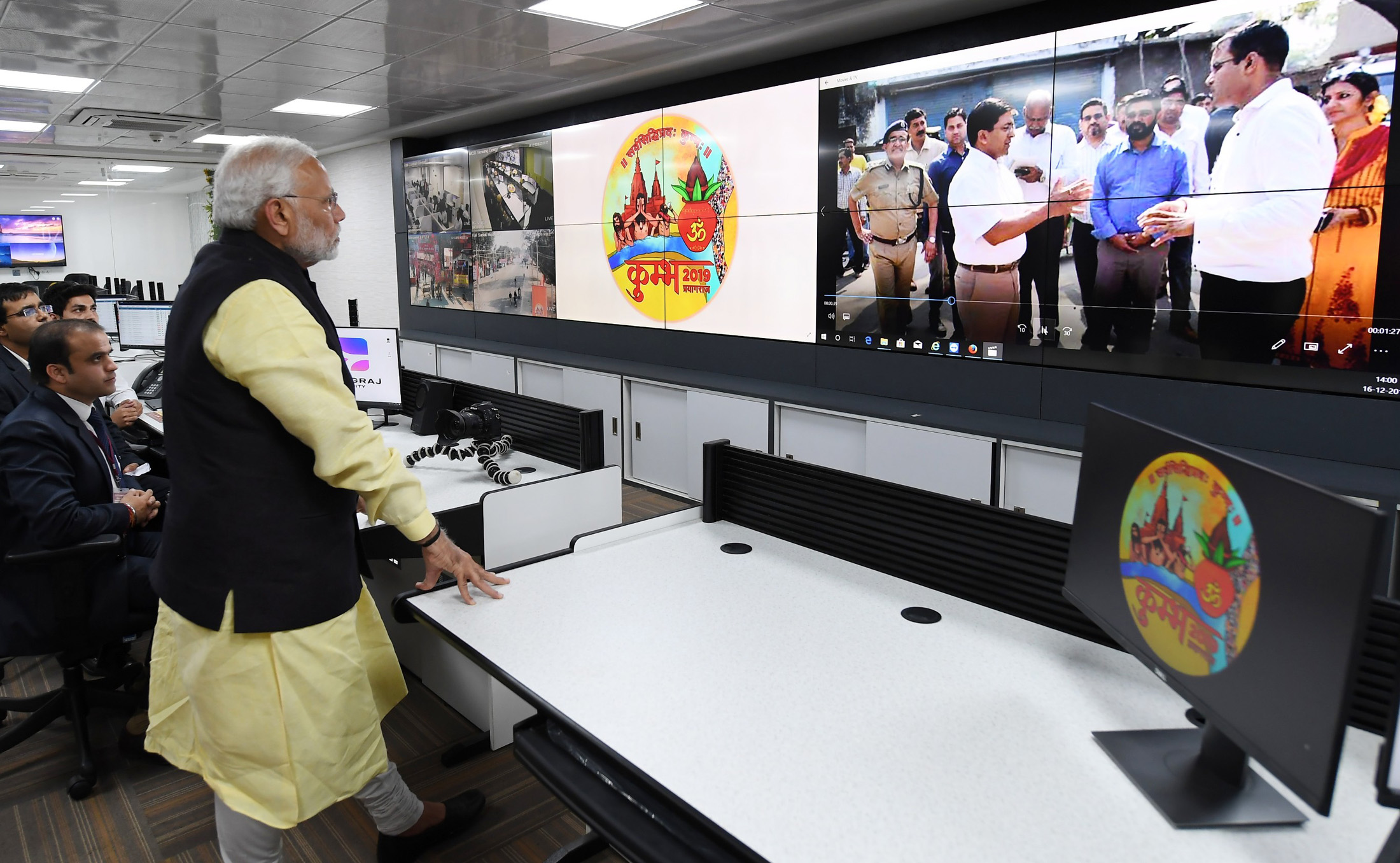 Prime Minister Narendra Modi at the inauguration of a state-of-the-art Command and Control Centre for the Kumbh Mela, at Prayagraj, in Uttar Pradesh. Photo courtesy: PMO

Prime Minister Modi also unveiled a new airport at Prayagraj, an erstwhile Allahabad, where pilgrims from around the globe will gather to take a holy dip on 24 January 2019.

Besides pilgrims from every nook and corner world, a large number of PIO and NRIs are also expected to arrive from Varanasi where they will be participating in a three-day Pravasi Bhartiya Divas that is PBD 2019 on 21, 22 and 23 January. 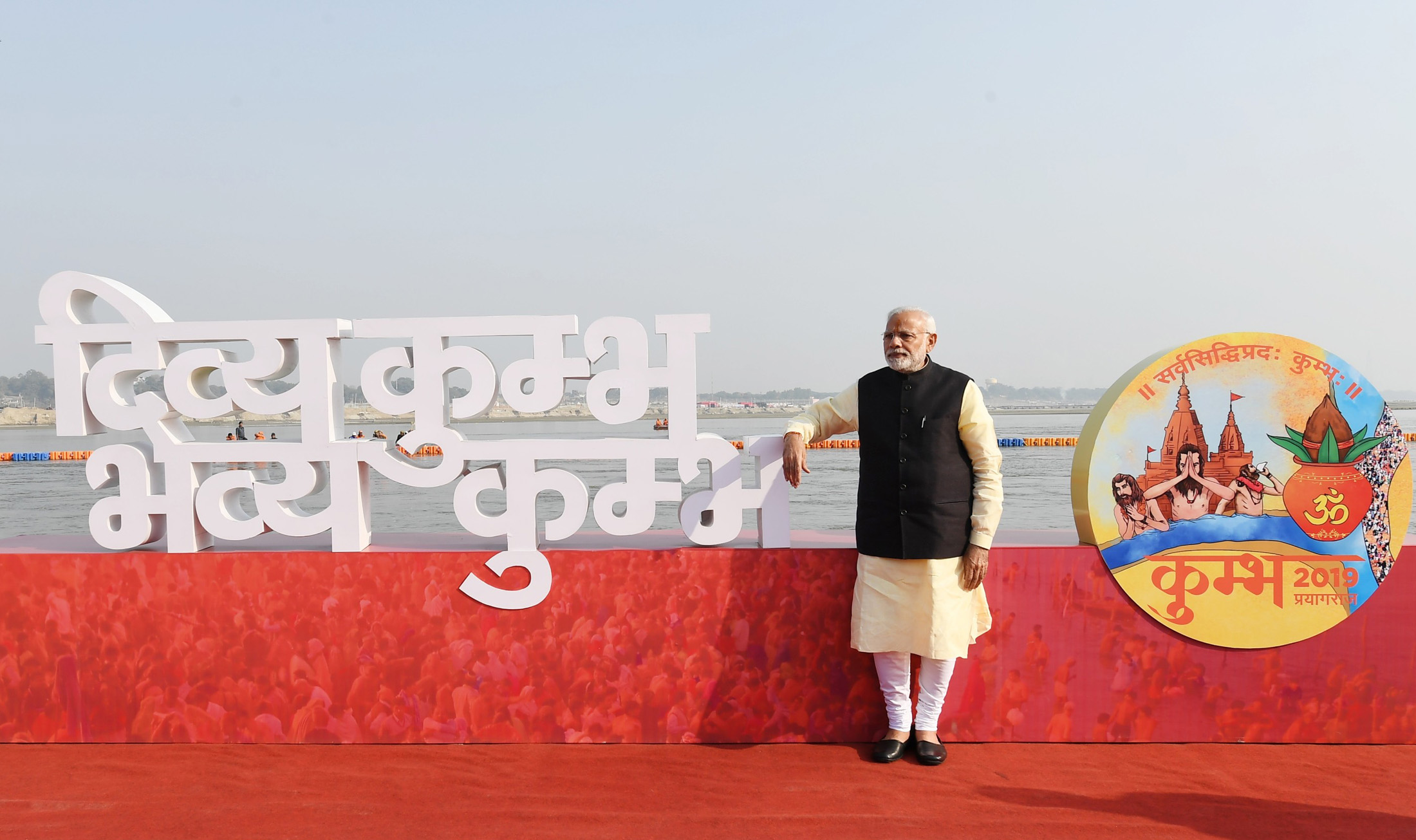 After the inaugural event, the Prime Minister performed Ganga Puja and visited the Swachh Kumbh Exhibition. He visited the Akshay Vat in Prayagraj. The PM  also dedicated to the nation, inaugurated, and laid the foundation stone of various development projects at Andawa in Prayagraj. 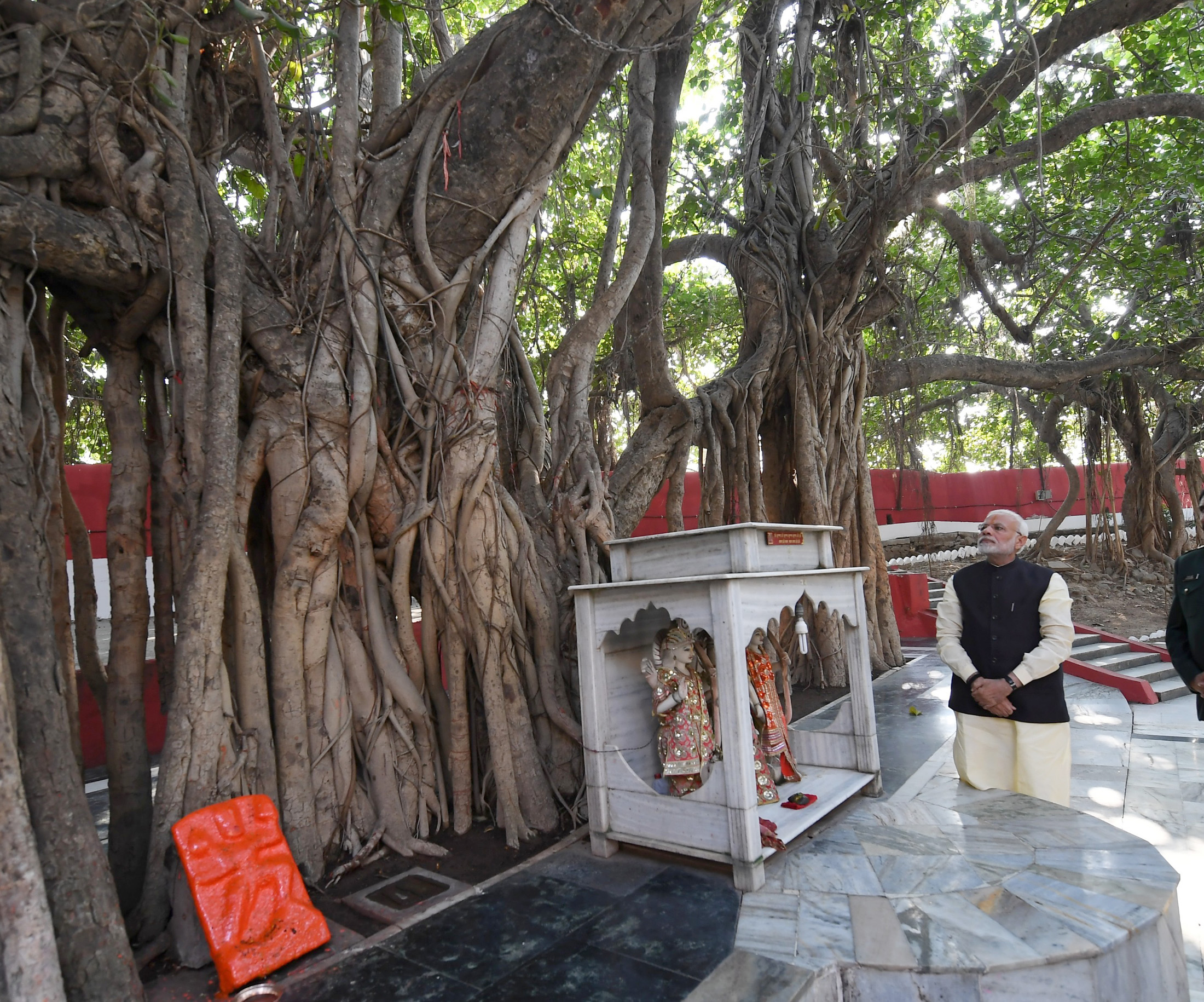 Addressing a large gathering, he announced that pilgrims for the Ardh-Kumbh this time will also be able to visit the Akshay Vat. He said the Government is making every effort to ensure good connectivity to Prayagraj. He said the projects dedicated today, would help both infrastructure and connectivity. He said the new airport terminal had been completed in a record time of one year. 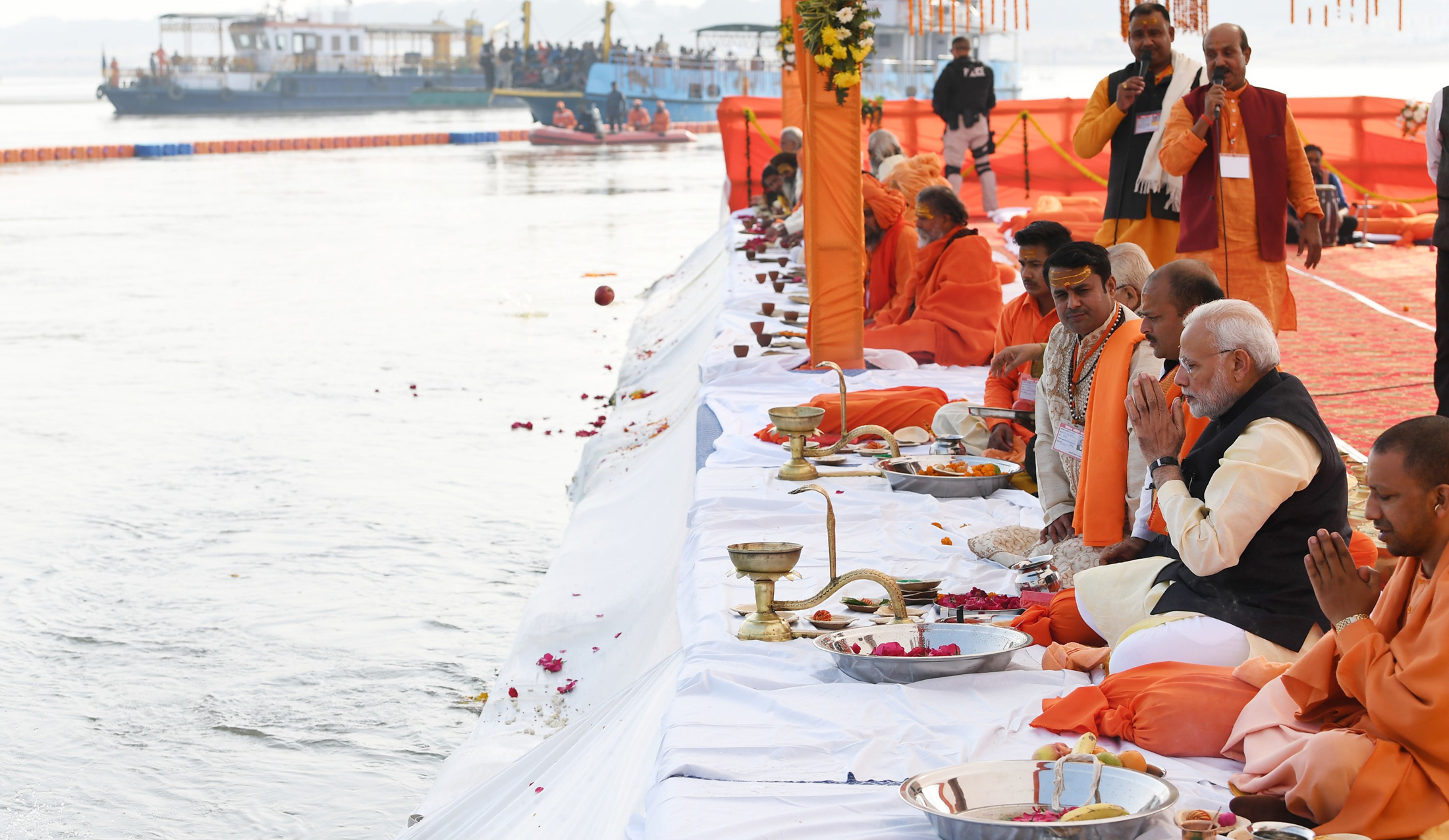 The Prime Minister said that every effort is being made to ensure a unique experience for devotees coming for the Ardh-Kumbh.  He said the effort is to showcase India's glorious past and vibrant future.

The Prime Minister said that the Government is also working to ensure a clean Ganga. He said the sewage treatment plants and beautification of Ghats would go a long way in this regard. 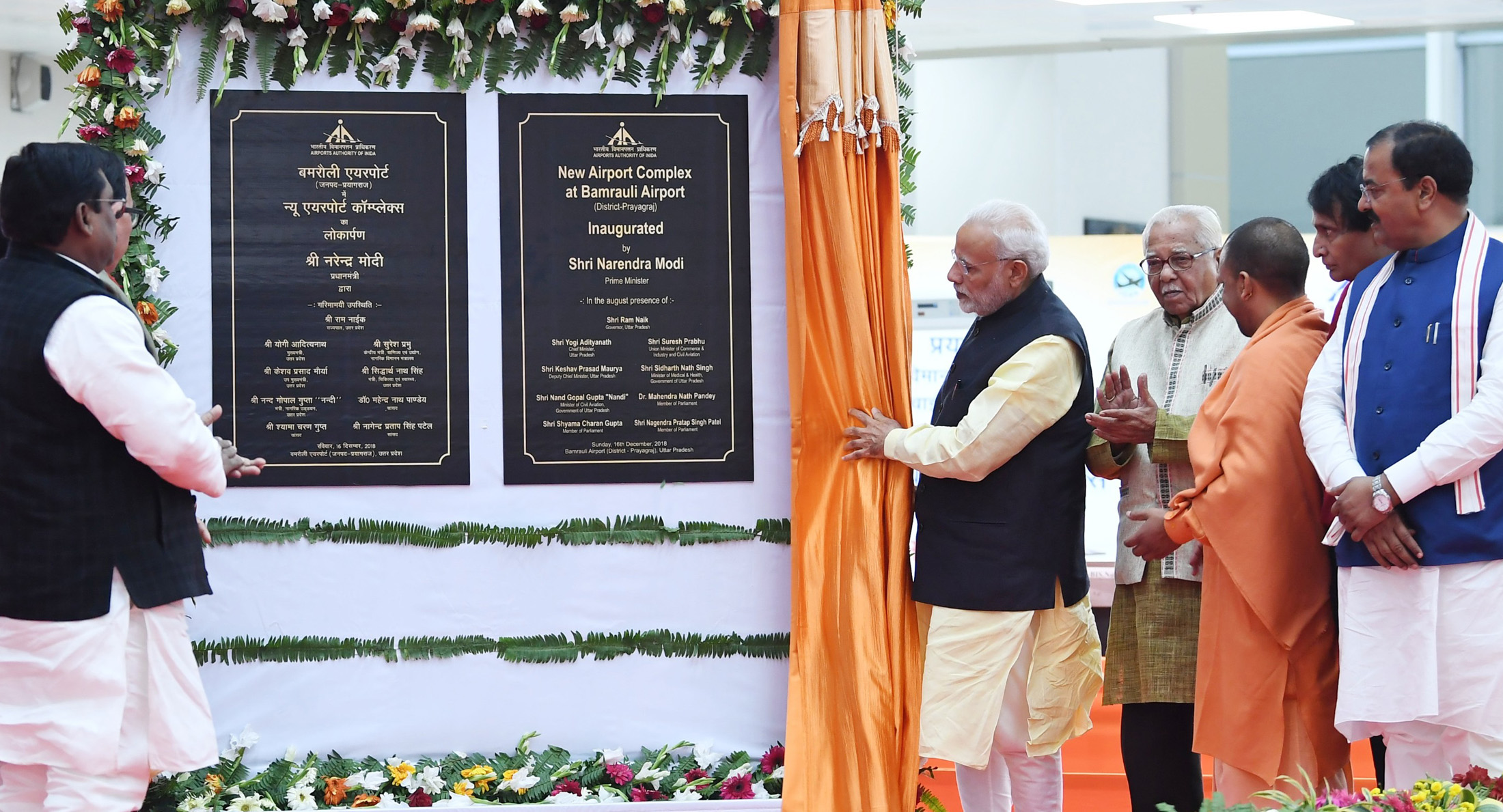 The Prime Minister described the Kumbh as a symbol of India and Indianness. He said it unites us and gives a glimpse of Ek Bharat, Shrestha Bharat. He said that the organisation of the Kumbh is not just a matter of faith, but also a matter of prestige; every visitor to the Kumbh should be well taken care of. He said the Ardh-Kumbh would show how 'New India' encompasses both heritage and modernity.

The Prime Minister said that he wishes to caution the country that certain forces are trying to put undue pressure on the judiciary. He said these elements consider themselves to be above all institutions.