The Hajj rush is on.

Hundreds of devout Muslims from all over the globe, including India, Singapore and the United Arab Emirates (UAE), have started arriving at the holy city of Mecca in Saudi Arabia through air, land and sea ports for the five-day annual pilgrimage beginning August 6.

In all, 200,000 Indian Muslims - 48 percent of them women - will go on Hajj this year on more than 500 flights from 21 selected embarkation points across the country with the last outbound flight on August 3 and the first inbound flight from Saudi Arabia to India is scheduled for August 14.

Saudi Arabia’s kind gesture has sent a wave of jubilation among the country’s 172 million Muslims for whom the pilgrimage is the annual ritual to commemorate the sacrifices made by Prophet Ibrahim, his wife Hager and their son Prophet Ismael.

“This is good news. In India, every year, there is an increase in the number of people who wish to go for Hajj. Also, the hike was the need of the hour as now there is an increasing tendency to do multiple Hajjs,” said senior journalist Nayeem Qadri whose mother has already gone on Hajj, one of the five pillars of Islam, and requires the faithful to repeat a set of rituals first performed by the Prophet Mohammed centuries ago.

The government-backed Hajj Committee of India (HCI) and private tour operators (PTOs) are also gung-ho about the hike order which enabled, for the first time since Independence, all the wait-listed Hajj applicants to join the Journey of Faith to the Kabaa at the Great Mosque, Islam’s holiest shrine, in Mecca.

India’s federal Ministry of External Affairs and the consulate in Jeddah in Saudi Arabia have picked up the gauntlet of handling a higher number of faithfuls this year vis-à-vis their accommodation, transportation, safety and security. Orientation training camps are being held in various parts of the country to brief the selected pilgrims on Hajj as well as logistic arrangements and other rules and regulations.

The ministry coordinates the Hajj arrangements, in consultation with HCI and the Consulate General of India in Jeddah. The ministry also sends some 500 officials on deputation every year that includes coordinators, Hajj officers, assistants, doctors and para-medical staff for rendering assistance to the pilgrims.

The Consulate arranges for temporary tents in Mina, sets up dispensaries and arranges ambulances and other local transport for the pilgrims. Medicines and medical equipment are supplied by the ministry to the Consulate to meet the medical requirements of the pilgrims.

A total of 19 health centres - 16 in Mecca and 3 in Madina - have been set up besides three hospitals in Mecca and one in Madina established to ensure proper health facilities to Hajj pilgrims.

According to Minority Affairs Minister Mukhtar Abbas Naqvi, about a hundred women have been appointed for deputation to the consulate to work as Hajj coordinators, officers and assistants to help women as they visit Mecca, Mina, Arafat, Muzadalifa and Madinah in Saudi Arabia.

Garment shop owner Hajji Salim Shaikh said that a novel feature of Hajj 2019 is that a record 2,340 Indian Muslim women aged above 45 years would embark on the Hajj without a male guardian.

Whether the Islamic law allows women to go on Hajj without a mahram has remained a debatable issue but the government of Saudi Arabia in 2014 scrapped the rule for women over 45, allowing them to travel together in groups without a male relative, though only after submitting a notarised no-objection letter from their husbands, sons or brothers, authorising them to travel for Haj with the named group. 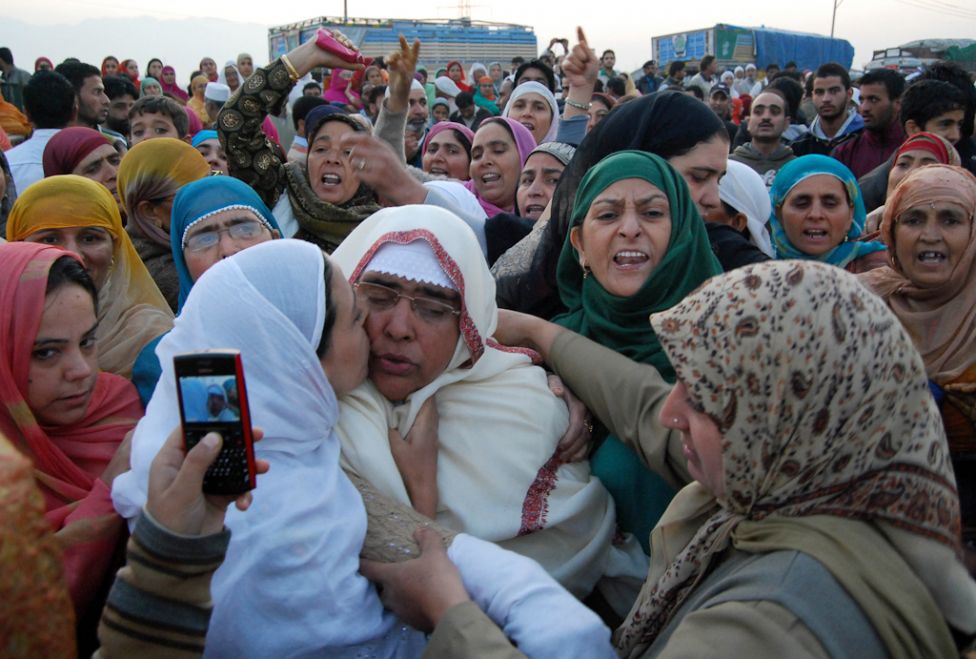 Indeed, this year, the number of pious women undertaking the journey unaccompanied by a male relative has witnessed a sharp increase compared to last year when, for the first time, the federal government had allowed 1,308 women to perform Hajj without a mahram (a person with whom marriage is unlawful or legal escorts).

The southern state of Kerala accounts for 85 per cent of these independent women but not a single woman from the country’s only Muslim-majority state of Jammu & Kashmir has opted for the no-mahram category.

For the past five years, the percentage of women going with mahrams/families has been around 45 per cent, rising to 47 per cent in 2018 and 48 per cent this year.

On-the-spot availability of woman assistants, warmth of the three other group members, removal of middlemen, transparency in the application process due to digitalisation and freedom to choose the embarkation point have all egged on more women to go solo.

“A majority of no-mahram women are from Kerala because they enjoy greater sense of independence and also because husbands of many of them work in Arabian Gulf countries,” said housewife Shameem Banu who had performed Hajj rites last year.

The Modi administration, however, claims that the drastic cut in the goods and services tax (GST) on the Hajj pilgrimage from 18 per cent to just 5 per cent has made a lot of difference. If minister Naqvi is to be believed, the sharp reduction in GST will not only ensure saving of Rs 1.13 billion by pilgrims but also ensure a significant decrease in airfares from the 21 selected embarkation points.

Saudi Arabia, which attracts two million Hajj pilgrims every year, allocates a quota to each country on the basis of one person for every thousand of the Muslim population of the country. 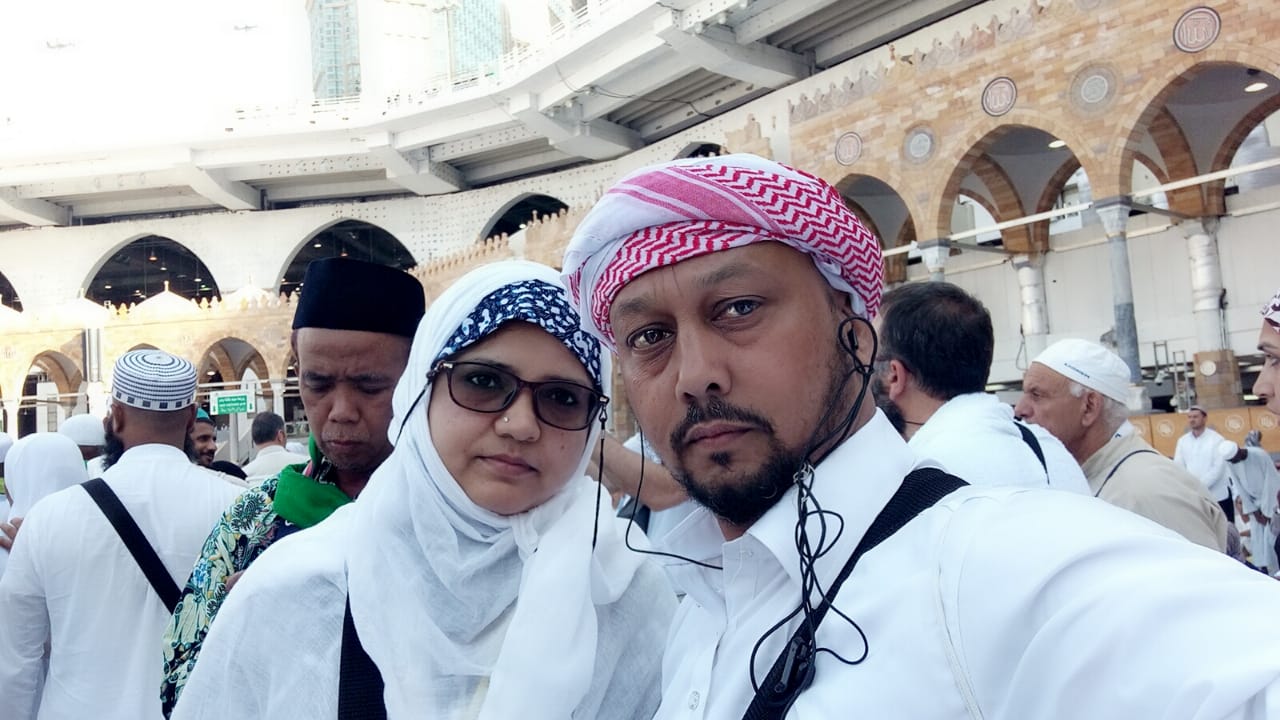 The Hajj Committee of India has distributed its total quota of 200,000 seats to pilgrims going to Hajj through it - 140,000 pilgrims will go through the HCI and the remaining 60,000 seats have been allotted to PTOs.

The United Arab Emirates, which is sending some 65,000 believers for Hajj, has launched a health and happiness campaign for the pilgrims, offering special tips those down with chronic diseases, such as diabetes, heart and respiratory diseases.

A programme has also been launched to train doctors when it comes to pilgrims’ medical examinations, vaccines and health requirements. The scheme consists of 140 doctors from primary health centres across all the Emirates. The aim of the programme is to provide the best possible medical care for Hajj pilgrims and to ensure they are fully aware of the services available to them.

About 900 people, 90 percent of them first-timers and 20 percent of them aged below 40 years, will undertake Hajj from Singapore where Muslims constitute 14 per cent of its 5.89-million population.

Singapore's official Hajj quota was jacked up to 900 last year and to 800 in 2017, six years after it requested an increase from the previous 680 places.

On its part, the Saudi Arabian government has been spending USD60 billion to expand the Grand Mosque which houses the Kaaba, and has deployed 100,000 security forces and 5,000 CCTV cameras to monitor the two-million strong crowds. 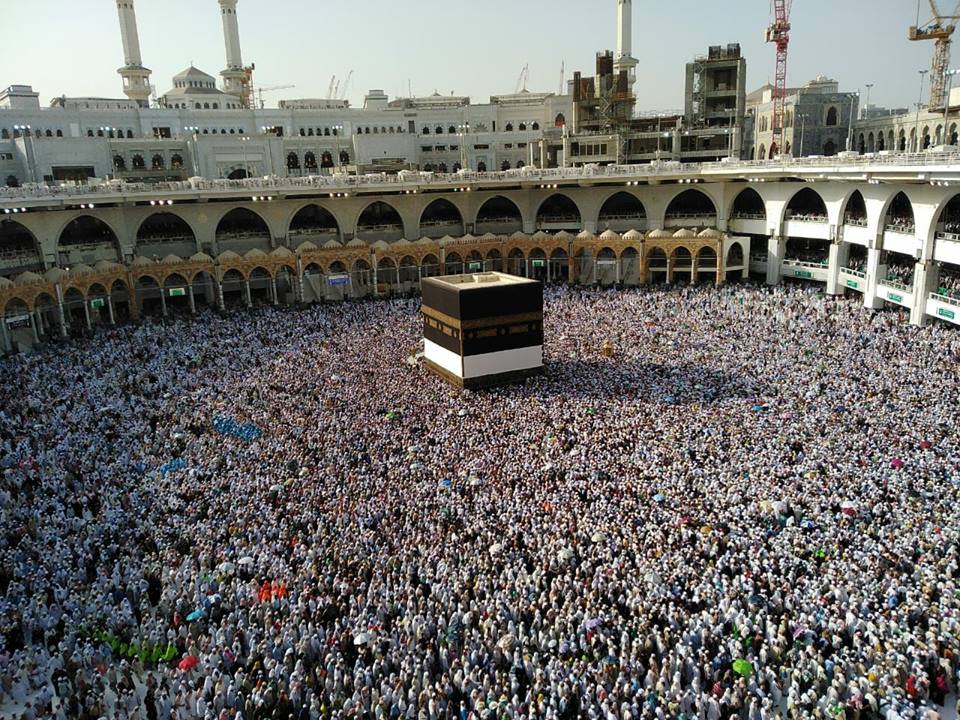 Hajji Zuber Gopalani, a Vadodara-based well-known educationist, is happy that despite India being a non-Muslim country, its Hajj quota is now higher than some of the leading Islamic countries in the world.

“I welcome the hike of 25,000 berths but considering the fact that India is home to 172 million Muslims with the third largest population in the world behind Indonesia and Pakistan, the country’s quota should have been increased by 100,000 more,” opines Gopalani who runs several educational institutions in Gujarat.