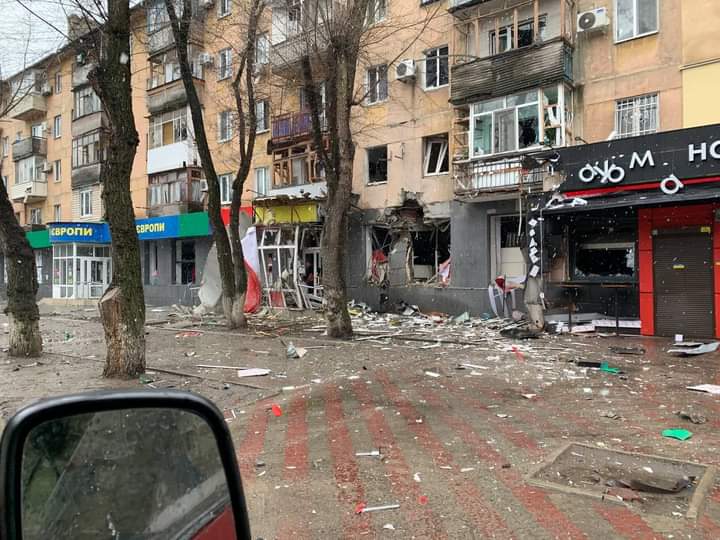 Energy prices have soared since Russia invaded Ukraine on February 24 and scarce supplies could push up costs even further. Photo courtesy: Twitter/@Stepovychka

"It is trying to attack with poverty and political chaos where it cannot yet attack with missiles,"Zelensky said in his regular address. He was speaking hours after Russia said that its main gas pipeline to Europe would not reopen as planned.

Europe accused Russia of using its gas supplies to blackmail Europe amid the Ukraine conflict, which Moscow denies.

Energy prices have soared since Russia invaded Ukraine on February 24 and scarce supplies could push up costs even further.

There are growing fears families in the EU will be unable to afford the cost of heating this winter.

Governments across the continent are contemplating what measures to take to alleviate the crisis.

Germany - one of the countries worst affected by the Russian supply disruption - announced a EUR 65bn (GBP 56 bn) package of help.

The stand-off with Russia has forced countries to fill their own gas supplies, with Germany's stores increasing from less than half in June to 84% full today.

Europe is attempting to wean itself off Russian energy in an effort to reduce Moscow's ability to finance the war.

The pipeline, which runs to Germany, had been shut for three days for what Gazprom described as maintenance work and had been due to reopen.